Bassam Saleh - Why Hamas won, why Fatah lost: the steps to take in the coming months 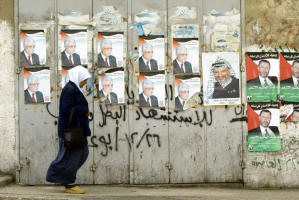 Now that the drunkenness of the winners and losers is finished, it’s time to get to work. Hamas has to form the new government of the Palestinian National Authority. Fatah has to begin a self-criticism and reconstruct its internal organisation. In the meantime, the other secular forces and those of the left must undertake a profound analysis of Palestinian society, beginning with the victory of Hamas.

The Hamas victory in this election is not only a victory of democracy, but it is also a victory of the determination of the Palestinian people to continue the resistance against Israeli occupation. The Palestinians have rewarded the political and social steadfastness of Hamas. And they have put in a state of crisis the plans of the neo-cons of the USA Administration for the new Greater Middle East, already put in serious difficulty in Iraq.

The Palestinians, after having hoped in vain, for thirteen years, to be able to realise their dreams of independence and freedom, in a sovereign State in their land, still hoped in a State able to assure them work, dignity and peace. This has not come about. On the contrary, the Occupation Army has never stopped, not even when a truce was achieved. The Israeli armed forces and the Security Services have continued, and continue even now, to use deliberate assassination, to engage in the destruction of homes and land, to raise walls and put the Palestinians in ghettos, in a polity that has gone even further than the Apartheid regime in South Africa. And as if all of this was not enough, the settlements and number of Israeli settlers in the Occupied Palestinian Territories have increased, in total violation of all the accords that have been signed since Oslo. That has weakened and taken legitimacy from the PA.

If we add to this situation the destiny of nine thousand political prisoners in Israeli prisons, the bad governing, the growing poverty and widespread corruption, then we can possibly understand the true meaning of the electoral results of last 25 January. Al Fatah was defeated, not only for its internal divisions, but also for its politics that foresee a negotiated peace and the total abandonment (as theorised by Abu Mazen and the signers of the Geneva Document) of armed resistance. The lack of positive results of this policy depends also upon Israel, which has never conceded a thing to the Palestinians (if one excludes the obligated withdrawal from Gaza, which came about also thanks to the resistance). But even the Quartet (USA, Russia, UN and EU) has its responsibilities, because rather than having put pressure on the Israeli government to lead it towards the respect of the agreements, it accepted the Israeli position and in particular on a concept that is spread directly and systematically by the Israeli authorities: “the lack of a Palestinian partner with whom to deal, the PA must do more to uproot ‘terrorism’ and to disarm the armed groups.” All of this is ignoring the true cause and the central question of Israeli occupation.

The countries of the Quartet (with the exclusion of the US) have deliberately limited their role to merely economic aid, important for the survival of the PA, but now it is being used as a weapon of blackmail and pressure against the Palestinians and the future legitimate government of Hamas.

Now that Hamas has the absolute majority in the Palestinian Legislative Council, it must have the assignment of forming the new government, the question is: based on what program? The Palestinian political system is a presidential system, based on a fundamental Statute, which determines the powers of the President, of the Head of Government and of the Legislative Council. The current situation is very delicate and contradictory: a president elected with his program, but who does not have the majority in a PLC elected with the Hamas program. The government has internal management, police, ministers, while the president controls the security forces, foreign policy and the dealings with Israel and must find an agreement with the government under his management. In awaiting the assignment, Hamas is refusing blackmail and pressure, in as that they are unacceptable interference in internal Palestinian affairs. It is also sending different signals of availability to the American, Israeli and EU governments: offering a truce of 10 – 15 years if Israel withdraws from the Palestinian Territories occupied in 1967, asking Israel to definitively make clear its confines. On the matter of the destruction of Israel Hamas responds: “But is it even possible to destroy with the minimal weapons we have a State that has F16 bombers and 200 nuclear heads?” And, still it addresses the EU, guaranteeing that the economic aid will not be used for armed actions, but only for the needs of the people who work in the structures of the PA. Lastly, Hamas has expressed its willingness to join the PLO, to respect its accords that have been stipulated and its desire for a political partnership, forming a government of National Unity, in particular with al Fatah. But the latter has not yet given an official response, as it is waiting to know the program of the government and the decisions of the summit of the organisation itself, that is currently examining and evaluating the election results and the internal situation.

The formation of the new government needs time, and it is a certainty that it will be a strong government whether it is formed by Hamas alone or with others. The Israeli government and those of the West must respect the democratic will of the Palestinian people that has emerged from the polls and they must deal with it.

Al Fatah must continue the preparation of its General Congress, which must examine a long period of experimentation and struggle:
a) In primis, there is the urgency to distinguish Al Fatah from the PLO, and this from the PA, in consideration that the Palestinian Liberation Organisation is the sole legitimate representative of the Palestinian people – it is the referent of the PA that represents only the Palestinians within the Occupied Territories.
b) There is a problem of reactivating the structures of the PLO, in a way so as to permit all of the Palestinians in the diaspora to elect their representatives, together with those already elected in the PLC, in the National Council.
c) It is necessary to examine all the signed accords from Oslo onwards and to find an alternative, in that these accords have not succeeded in realising the aspirations of the Palestinian people.
d) There is then the question of the role of Al Fatah within the PLO and its political program. Should it be a program that is founded solely upon negotiations or should this be accompanied by popular resistance, even armed resistance, as an army that has the right to self-determination against a foreign military occupation?
e) Reaffirm the inalienable rights of the Palestinian population to their land, as is foreseen in the UN resolutions.
f) Reaffirm that the Palestinian liberation struggle has nothing to do with terrorism, and is an essential part of world resistance against capitalism and imperialism.
g) Lastly, it is necessary to reinforce internal democracy by electing the decisional organs of Al Fatah: the Central Committee and the Revolutionary Council.

It is especially important to return to the dispositions of a great teacher: the masses, and activate all of the structures to regain their trust and their esteem.

Today the Palestinian question is going through a delicate phase of great changes and needs more than ever to be supported, by all the forces of the left, progressives and secular people, as a struggle for national liberation, for a secular and democratic State now. Needing our support are the Palestinian political prisoners in the Israeli prisons, like Marwan Barghouti and Ahmad Saadat, in the jail of Jericho under “custody” of British and American soldiers, like many other lesser-known prisoners of Hamas. To affirm this solidarity with Palestine, we invite everyone to participate in the National Demonstration on 18 February in Rome.

Translated from Italian by Mary Rizzo, member of Tlaxcala, the network for linguistic diversity (transtlaxcala@yahoo.com). This translation is Copyleft.