Khaled Amayreh - Why the Annapolis Conference will be another fiasco 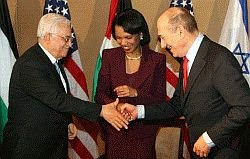