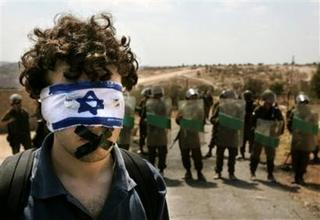 Kathleen Christison has once again written an outstanding piece for Counterpunch, which I reprint in my Peacepalestine Documents blog, so that it can be of easy reference.

It basically addresses the serious issue of telling the story of Palestinians, when faced with an absolutely total "frame" of the media in presenting everything as being about the right of Israel to exist as a Jewish State. This may sound strange.... By now, everyone seems to know that Israel is "willing to concede something" (as if that something was hers to concede) and that somehow there is a level of support for Palestinians, and therefore the issue is a little less schematic than what has always been presented. But, this reframing takes many years, and in the meantime, Palestinians are being oppressed and destroyed as well as continuing to lose their land.

Christison discusses the media bias, and in general, her conclusions are far from optimistic. Here are some brief excerpts of an article that should be read in its entirety:

"Israel is terrorizing an entire people, clearly intending to disperse this people as a unified national entity and prevent them from ever becoming a viable nation state. But virtually no one lights the pervasive darkness in the media and in public discourse. Palestine is being slowly done to death by Israel -- and death is not too strong a word. It is death through ethnic cleansing. It is death through theft of life-giving land; through murder and intimidation of its people; through the removal even of Arabic road signs pointing to Palestinian towns, as if they no longer exist; through destruction of Palestine's agricultural base, its economic potential, its transportation system, its water, its infrastructure, its people's very homes. And hardly anyone in the world knows."

"Like the Republican elephant and the conservative frame of reference, the sacrosanct notion of Israel as a Jewish state and the fact that every reality of the Arab-Israeli conflict revolves around guaranteeing Israel's continued existence, overwhelms and fills public thinking in the United States so that all other possibilities are secondary and are judged in relation to how they might somewhere, somehow affect Israel's security and survival. The point of a reframing would be to open public thinking to other possibilities, such as recognition that Palestinian rights in Palestine -- the right to genuine independence, to the sanctity of homes and personal property, to a life free of human rights abuses by an occupying power -- are as important in a just world as Israel's right to exist."

"Although the media in the U.S. and in Europe have gone silent about Palestine's death throes, they seldom miss an opportunity to lecture the Palestinians: Israel is taking a step of surpassing courage in Gaza ("the most significant and painful steps toward peace ever made in the Middle East" trumpeted one newspaper with spectacular hyperbole), and the future now depends entirely on whether the Palestinians behave. "Behaving" means not disturbing the Israelis, not disturbing the media's sense that peace is just around the corner if only the Palestinians cooperate. "Behaving" means not mentioning, certainly not complaining about, Israel's massive consolidation and expansion across the West Bank while the world watches Gaza. "Behaving" means, essentially, surrendering."