Arab Christians and Relations With the West 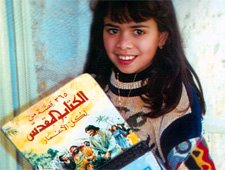 By Jonathan Kuttab for MIFTAH
November 26, 2005

Arab Christians have always been an integral part of Arab Society. Yet in the confrontations between the Arab world and the nominally Christian West, Arab Christians have been uniquely situated to play a vital role. Ever since the West became intimately involved in the affairs of the Arab World, starting from the Napoleonic campaign, through the period of colonialism, and independence, the Zionist enterprise and the State of Israel, and continuing through the current "war on terrorism" they continue to hold a unique position.

Arab Christians do have a greater understanding of the West, its languages, culture, politics, and methods. Through certain shared knowledge, as well as important connections, as well as the education of their children in the West, or in Western Christian missionary institutions, Arab Christians have been better able to understand, appreciate, and ultimately resist the political influence of the West and its attempts to dominate their homeland.

Those who expected (or accused) Arab Christians of siding with the "Christian" West, and of being a "fifth column" or Trojan Horse for the outsiders, were consistently proven mistaken. To the contrary, the unique position of Arab Christians, with their knowledge and understanding of the West have always been used to promote the interests of the Arab world and press for its positions at every turn of the road. Even Christian institutions that were created by missionary funds and efforts (such as the American University of Beirut) turned out to be hotbeds of Arab nationalism and think tanks for creatively promoting the interests of the Arab World in confronting the "Christian" West. Arab Christian institutions, such as schools, hospitals, and NGOs, which are often funded by Christian churches in the West, continue in the same tradition to promote the interests of their people, especially in the face of invasion, occupation, or aggression by the West.

Part of the reason for this, of course, is that there was nothing religious, or Christian about the onslaught of the West. Arab Christians were cognizant from the beginning that they were facing colonial and imperial interests which threatened their societies and that wanted to dominate its resources and populations for purely secular gain. Therefore, they saw no more contradiction in fighting off these forces than the original Christian Arabs saw in the need to fight the European Crusaders, who, incidentally, wreaked havoc with Arab churches and subjugated local Christians no less than their Moslem co-nationalists.

This history is well worth remembering in the current context when again the confrontation between the Arab World and the West utilizes religious terms and is presented as a struggle between Western Christianity and Islam. To be sure, much of the political effort of Arab Christians found expression in secular nationalism, for which they were early pioneers and zealous advocates. From George Antonious (the Arab Awakening), Albert Hourani, Michele Aflaq, and George Habash to Edward Said, Arab Christians have been prominent leaders and thinkers and activists in the Arab Nationalist movement. One of the tenets of that movement has always been setting aside religion as a matter of personal choice, and insisting on equal responsibility of Christians and Moslem in the national enterprise. The slogan was "Religion belongs to God, but the homeland belongs to all". While Arab nationalism was not anti-religious in its secularism, it was always emphatic in acknowledging the equality of Christians and Moslems, and the need to leave religion to the spiritual sphere.

Arab Christians recognized that their societies were culturally and socially Moslem and participated in that culture, dreaming with their fellow countrymen of a revival of a modern, relevant, vibrant, tolerant form of Islam.

As secular Arab nationalism suffered great defeats in its struggle against the West and Israel, and as Arab regimes professing to champion that ideology turned into ineffective and corrupt dictatorships, political Islam became increasingly a significant force, and presented itself as an alternative. Of course Arab Christians could not partake of this new movement, and viewed it with deep distrust, but they remained loyal to their nationalism and to their societies.

Their efforts are now needed more than ever, both by their own communities and the West. It is needed by the West to counter those who wish (for their private reasons) to turn the current "war on terrorism" into a religious war between the Christian or the Judeo-/Christian world, and Islam and the Moslems. Their efforts are needed to utilize whatever knowledge or connections they have to explain the Arab point of view to the West in terms the latter can understand and appreciate (human rights, international law, etc.). They are also needed to explain to their own communities what they know about the West, its values, and its institutions.

There are enough negative stereotypes and ignorance in both communities about the other, and in the current poisonous atmosphere, such ignorance, stereotypes, and negative perceptions are extremely destructive. Arab Christians are able to play that very important role today, precisely because of the authenticity of their loyalty and organic belonging to their society- an identification and identity that is centuries old, and which has proven itself under much more trying circumstances in the past.

Jonathan Kuttab is a Jerusalem-based Palestinian human rights lawyer and peace activist. This article is published in partnership with the Common Ground News Service (CGNews).

Source: Dar Al-Hayat (thanks Inge for the forward)