What if the "great experiment" had worked? Samir el-Youssef 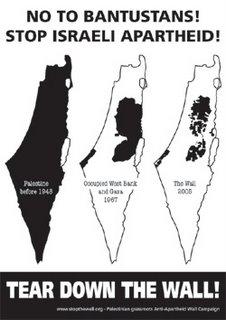 I've had many fantasies in my life. If you are a Palestinian, you must have fantasies: they are free, and quite often they are the only things you can afford. One of my recent fantasies is about the past - the past that neverhappened.

I thought about Palestine at the turn of the 20th century: an underpopulated country with a traditional and largely agrarian society in a rapidlychanging world. This society is prepared for change through the arrival of Jewish immigrants from Europe: a highly talented, skilful and knowledgeable people who possess the spirit of starting anew, the wisdom of those who have experienced suffering and a rich combination of modern and traditional culture.

Jewish immigration would be a great gift, not only for the indigenous population of Palestine, but for the whole region. At first the Palestinians would view this gift with curiosity and suspicion, but they would soon realise that the newcomers are not foreign invaders or a colonial power, but people in search of an uncorrupted world. Or perhaps it goes even deeper than this. Might these not be people responding to a spiritual affinity with Palestine, which is also the land of Israel? And surely Palestinians would look with sympathy on a people escaping persecution and mass murder inEurope. Palestinians would be happy to strike a partnership with their guests. Of course there would be disagreements, and even the risk of violence, but such a risk would always be containable. The outcome is agreat experiment: a universal model for peaceful, just and productive coexistence.

Well, it is a fantasy! And it does exactly what a fantasy is supposed to do: it helps us to evade the historical context, the world order and the politics of the nation state, the universally recognised form of self-rule and self-representation. It allows us to avoid the political rules of the game as long as they are the sources of painful reality.

We Palestinians have always, at least publicly, held Israel responsible for all our suffering: Israel, we say, destroyed our society, turned most of our people into refugees and subjugated the rest to military rule. In private, however, we haven't concealed the fact that Israel is not the only responsible party. What we have failed to realise, though, is that the establishment and existence of Israel were the result not merely of the Israelis' will and determination, but rather of the rules of the game.

Zionist, and later Israeli, leaders accepted the politics of the nation state faithfully, not to say blindly, which meant that integration of Arabs and Jews had to be prevented by whatever means available.

Contrary to the claims of both Israeli and Palestinian formal narratives, I believe that the state of violence and war that has existed between Arabs and Jews since the Balfour Declaration is not the result of each side automatically rejecting the other. Rather, it was generated to prevent the otherwise inescapable integration of the two peoples. Being more committed to the politics of the nation state and having better access to the means of establishing such a state, Zionist and Israeli leaders have been more eager than their Palestinian counterparts to enforce the policy of separation.

Hence, in my opinion, the Israeli acceptance of the Partition Plan of 1947, but more significantly the deep and popular belief in raising walls, whether the metaphorical "Iron Wall" that Ze'ev Jabotinsky called for in 1923 or the more recent, and certainly more substantial, wall that Ariel Sharon is constructing. For Israelis, particularly the ideologues of the state of Israel, the policy of separation is the only way to ensure survival and security.

Early this year I went to Israel. It was my first visit. Though brief, it was exciting, and I was sure that I had gathered enough material for a book.

But when I came back, I found that I could write only a brief recollection of my childhood in Rashidiya, a Palestinian refugee camp in south Lebanon.

It was then that I thought of Israel, and the early Jewish immigration to Palestine, as a gift - a thought that triggered the fantasy I mentioned above. I realised that what I wanted to write about from the beginning, even before I went to Israel, was a country or a society that is worth knowing and appreciating: a gift, in other words, to its people and to its neighbours. To be sure, the gift was there, but I couldn't see it and appreciate it, and consequently write about it. The gift was still wrapped, by the nation state's hostile borders and all its violent means of maintaining the policy of separation. True, as Israelis argue, these means are the very ones that ensure the survival, if not the security, of the Jewish people of Israel. But I think there are other ways of ensuring both survival and security: unwrapping the gift of Israel and sharing it with their neighbours.

This article first appeared in the New Statesman.
Monday 31st October 2005 http://www.newstatesman.com/200510310015
Many thanks to Eric for the forward.