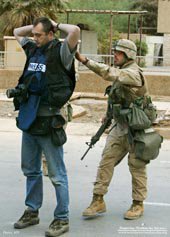 ANNOUNCEMENT We are pleased to announce the formation of a new national group, the American Council on Middle East Policy (ACME).

Our first project, a petition against a presidential candidacy by Senator Hillary Clinton, preceded this announcement by a few days. A description of our aims and membership follows:

MISSION STATEMENT: While the Middle East has been an important area in American foreign policy at least since WWII, representing large economic and political stakes for our country, it has never been more central than in the current era. Yet our policy has failed to set appropriate goals or launch productive initiatives. The strategic petroleum resources of the Middle East make it highly desirable for the region to remain stable and for our relations with it to be cordial, for instance. On the other hand, that stability and cordiality has been threatened by American military adventurism and, above all, its support for Israel's policies vis-a-vis the Palestinians, which has evolved into a key grievance throughout the entire Muslim and Arab world.

Notwithstanding the complexity and importance of the geopolitical issues involved, debate on Middle Eastern issues has been conspicuously absent in Congress. There are a number of reasons for this, not least the uninspired journalism of the American media on those issues, and the fact that the Middle East is often treated less as a foreign policy question than as part of internal electoral politics. This has not proven to be the optimum condition for the national interest, nor for achieving the human rights standards and democratic ideals that are a traditional part of American political culture.

The aim of the American Council on Middle Eastern Policy is to provide legislators and others involved in policy formulation with information and critical analyses that are not readily available in the mass media, and to provide viewpoints that are not readily heard, but that promote both the national interest and American commitments to international human rights standards.