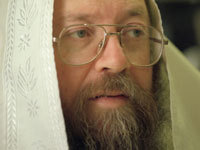 This is a news item which appeared only in Hebrew. It is no wonder; when words this horrible are uttered, it really casts a heavy shadow of shame. And, that uttering them would be men of faith, Rabbis whose material is the spiritual. Were these same words directed by an Arab cleric against the Jews, there would be an uproar, and this is the problem we must also address. That words that negate the humanity and dignity of the human person, that categorise them as disease, disaster, illness, devil, asses, impure, like donkeys, dirty, inferior, foul, a danger to young women, etc., should be uttered against other people is already shameful and disgusting. That it gains weight, authority and legitimacy, uttered as it is from religious leaders, can only lead one to hope that this sort of thought and word is fought against tooth and nail.

A conference which took place yesterday against the establishment of a mixed Arab-Jewish school in Pat, Jerusalem saw harsh attacks made by well-known rabbis.

The (ha-mekubal) Rabbi David Bazri said: "The establishment of such a school is a foul, disgraceful deed. You can't mix pure and foul. They are a disease, a disaster, a devil. The Arabs are asses, and the question must be asked, why did God did not create them walking on their fours? The answer is that they need to build and wash. They have no place in our school".

His son, Rabbi Itzhak Bazri, also referred to the interpretation of Ishmaelites – people similar to donkeys, and said "the Arabs are inferior. What do they want? To take our daughters. They say we are racists. Well, they are the evil, they are the cruel, they have the foulness of snakes. There's foul and there's pure, and they are foul".

In response to questions by "Walla!", Rabbi Bazri said that he meant to "emphasize the difference between Arab and Jewish culture, and that there is no common denominator that can bring us together. Bazri went on to say that "our experience is to prevent situations in which our Jewish girls be hurt by Arabs and to prevent danger to Jewish lives. We intend to demonstrate in front of the City Hall and to do everything we can to prevent this initiative".

Rabbi Yehuda Der'i, brother to Arie Deri and Chief Rabbi of Ber Sheva, also participated in the conference and said that "this is a thing that the Jewish mind, logic and soul cannot tolerate. We have to go from house to house and raise supporters in the neighborhood to prevent this horrid punishment."

Today the school is running in a temporary building and is looking for a permanent residence in the Pat neighborhood of Jerusalem. The municipality assigned a territory for the school but because of repeating appeals to court the process is delayed. Today the matter is scheduled for a debate in the High Court.