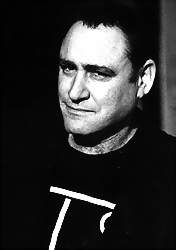 In the past few days, there has been a very lively debate here and elsewhere concerning the way that people are reacting to the Hamas victory in the Palestinian elections. While the Hamas has been vilified almost completely for many years, it has been apparent to many people that this was the trend of the Palestinian people in Palestine for the democratic expression of their will. See this article for a recent discussion of it. It hasn’t been easy for many to come to terms with this result, which is basically outside of the reality most of us know. Add to that, there is an aggressive mediatic and political campaign to demand things out of Hamas (to recognise Israel, even though Israel has never recognised Palestine) in order to receive funds which had been allotted and which are necessary for ordinary administration and for the very survival of the PA.

Expressing support for the Palestinian people, expressing praise for the way they ran a fair election despite terrible restrictions and great international pressure is something important. Our support for them now has to be even greater than before, as they face severe challenges just for exercising their will in a democratic vote.

Gilad Atzmon wrote a piece published here which expresses his views that the people have chosen, and that this demonstrates the resiliency of them, despite all threats, and their clear determination to stand up on their own feet and to say NO to the plans Israel and the so-called “international community” has for them. It was a piece full of love for the Palestinian people, the kind of love that is unconditional. One of my closest and most beloved friends, the divine Umkahlil said it all once, “I love Gilad Atzmon because he loves the Palestinians. He has never said, I’ll love you if you do this or that, be this way or that. He doesn’t ask a thing of us, and he instead gives to us, shares his time with us and for our cause. He is a true brother.” I think she speaks for a lot of Palestinians.

But generally, it is Jewish people who engage with Gilad. They probably see him as a spokesman for them, or a representative, and they want to be represented fairly. Engaging people is great, but it has to be unconditional. In this context, Elias Davidsson had written his “open letter to Gilad Atzmon”, where he analyses one aspect of the paper. Its focus was on rights. Gilad wrote a comment inspired by it, which appears here on Peacepalestine and has been translated and reprinted widely. Following that, many people have commented, some of the comments scholarly and interesting material to the debate, publicly in this site, on other sites in which it appears (Bella Ciao in French), and privately. It was in response to this that Gilad wrote the piece that follows.

Gilad Atzmon
The conflict between the Declaration of Human Rights and Islam or Judaism is a matter of authority rather than mere content. Most religions are ethically orientated to a certain extent. Most religions convey insights that seem to look like universal moral codes. We shouldn't as well forget that Judaism and Islam were morally orientated a few years earlier than the 1948 Universal Human Rights Declaration. Yet, the big question is: what do we ground our morality on? The question is whether we find our ethical instincts within ourselves being 'free subjects' or do we follow a readymade, fully formed ethical code. Moreover, if we are indeed free subjects, how do we cross the lines between the personal and the universal? The modernist answer is: "Rationality".

Kant suggests that moral requirements are based on a standard of rationality he defined as the “Categorical Imperative”: "Always act in such a way that the maxim of your action can be willed as a universal law."

Immorality, according to Kant, involves a violation of the categorical imperative and is thereby irrational. The categorical Imperative is an unconditional command upon which all of morality is dependent on.

Kant’s form of thinking presents better than anyone else’s the modernist anthropocentric revolution. It locates the human subject and rationality in the very centre of any possible human affair. To a degree, the ‘Declaration of Universal Human Rights’ is just a pragmatic implementation of Kant’s categorical imperative. It is a powerful celebration of rationality. Each of the articles appears as a maxim of a universal law. And yet, following Heidegger’s Hermeneutics we are doomed to raise some deep questions.

While following Kant, morality becomes a calculative apparatus, the decision not to drive over an old woman just because I am in a hurry is not exactly the result of a clear rational procedure. This is exactly where the problem with modernism is. It interferes with one’s authenticity. The decision not to drive over other people isn’t the outcome of a rational calculation; it is an authentic behaviour that cannot be reduced into any logical parameters (by the way, Kant was aware of the problem and differentiated between morality and ethics). Why can’t it be reduced? Because I just automatically slow my car and let the elder woman pass before I am engaged in any calculative procedure. It is my Being with capital B that slows the car. On the other hand, every rational reduction is linguistically dependent, and language is prior to man. Language is there before man comes to the world. Language predates any form of rational calculative manner. And language entails the way we perceive the world.

But it isn’t only language, it may as well be cultural impositions. While the first article of the declaration states: “All human beings are born free and equal in dignity and rights. They are endowed with reason and conscience and should act towards one another in a spirit of brotherhood.”

I have noticed that many people who claim to speak in the name of their belonging to the Jewish community, as Anti-Zionist Jews, Marxist Jews, leftist Jews, Jews for Justice and so forth, have taken to task what I’d written about the nature of rights considered “universal”. But I ask them to stop and think, to reflect upon how far they are willing to go to be truly universal starting with themselves, and I use just one example, a very basic one that stands at the core of identification with belonging to the Jewish faith.

The Jewish people happen to follow an ancient barbarian tradition of chopping off their male infant’s foreskin at the tender age of eight days. Even the Bundist Jewish Anti-Zionists who regard themselves at the avant-garde of world working class engage in the barbarian ritual. Someone should correct me if I am wrong, but as far as I can understand it, circumcision prohibits the Jewish infant from being an equal man. He is no doubt different, he becomes a part of a clan, either chosen or inferior (this is a matter of taste and belief). Most importantly, he is different. This cannibalistic act would have beyond doubts implications on the evolution of the rationality of the Jewish boy. Cleverly, the Jews call that circumcision "Brit Mila": a 'Covenant with the Word'. When the Jewish kinder is just eight days old, he enters a lifetime bond with the language of his ancestors. His rationality is tilted forever. Some would run into wild supremacist lifestyle such as Zionism, others would adopt a non-realistic form of atheist rational universalism. Yet being universalist and secular and modernised does not stop them from circumcising their newborn male babies. You ask yourself why? I do as well. I think that to be irrational is authentic at times. And as it seems, Jews like everyone else, like to be authentic and irrational, the question is why they refuse to admit it. Don't they want to be like everyone else?