Vanunu's report on his 9 Feb hearing 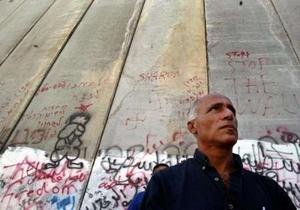 Hi, Here is my report.

The court today continued in its second session, this morning at 9:30 at the Jerusalem lower court. The first trial hearing session took place on the 25th of January.

The court case is heard by one Judge, Yoel Zur. Three of my friends, supporters, came to the court, Jerry Levin from the CPT, and his wife, and Gideon Spiro.

It started with testimony for the prosecution, of a woman, a Clerk from the Interior Ministry Registry. Feldman questioned her about the system of registering citizens and residents in Israel.

Also, Mr. Feldman proved that the witness is not the one who is responsible for all the registration records. She is dealing with the citizenship records. All this has to do with the prosecution burden of evidence that I breached the restrictions by "speaking to foreign citizens".

Through the questions of the defense lawyer it was shown that he did not know, and could not identify, where are the boundaries of Jerusalem.

Next, the defense lawyers made their arguments to the court regarding the acceptability of records of my 'Internet Chats', taken from my own laptop computer confiscated by the police, as evidence.

Feldman argued that Chats are in the same category as private phone calls and the police need authorization for listening/recording them.

The judge will make his decision if to accept the evidence provided by The State.
Feldman wants to question, Feb 22, Mr. Peterborg, the policeman who interrogated me in the police headquarters last year. Mr. Peterborg gave testimony in the first court hearing.

After that Mr. Feldman will argue No Case to answer, maybe by writing. Then the judge will decide if to accept the No Case arguments and the trial will continue later.