Roger Waters in Israel - what do you think? 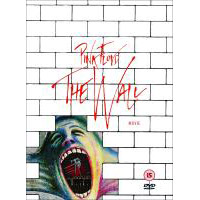 something to think about: (thanks to Diego, who also translated the article from Italian, print edition of La Repubblica)

THE PALESTINIANS TO PINK FLOYD
“DON’T PLAY IN TEL AVIV”

JERUSALEM—Who wrote a protest song as “Another Brick in the Wall” can’t perform in Israel while the work to build the Wall are going on.

This is the stance of a Palestinian artists group who has written to Pink Floyd member Roger Waters, demanding him to annul the concert expected for next summer in Tel Aviv. Roger Waters, singer and lyricist, well-known for his opposition to the separation barrier, surprised many when he announced that next summer he would hold a concert in Tel Aviv.

The Palestinian artists, therefore, have addressed him by a letter where it is stressed that performing in Israel might harm their struggle against the building of the Wall .

To Israel, the separation barrier represents a shield from suicide-bombers while to the Palestinians it is a way to annex, de facto, further Palestinian lands.

“How can somebody who wants to be regarded a left-winger—who has fought against Berlin’s wall and in favour for borders abolition and for peace amongst the peoples—come to Israel, whilst the Wall is being built, and perform a musical show?” wonders Sliman Mansour, from the Palestinian Association for Contemporary Arts, one of the signers of the letter.

In his opinion, Waters should either annul the concert or, at least, put on the schedule a further date for the Palestinians.

Diego then asks:
Hi Mary!!
It would be interesting to know what people think about this, even if it’s of secondary importance to the important things discussed on your blog.

I know, by now Pink Floyd aren’t their former selves, but I think a concert in Israel would be a good idea.

Anyway, apart from the fact that "Another brick in the wall" is not a political song in itself, that one which was played in Berlin was to celebrate the Wall falling. So, here’s my question: why are the Palestinian artists protesting? It wouldn’t be a matter of “celebrating walls” but, quite the contrary, calling for their fallings, just as in Berlin about 16 years ago. The final phrase of the article sounds a little contradictory to me.

Without taking into account that they might play anti-militarist songs, against the nowadays warmongers as Sharon and Bush: I really don’t understand this Palestinian position.

And, moreover, what about the cynical irony of playing a song like “Brain Damage” and dedicating it to Sharon?
What do you think?