That's the way, Abu Mazen, you can speak now! 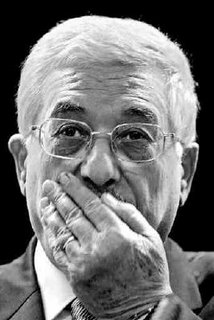 In his second uncharacteristically strong denunciation of Britain and the US, Mr Abbas said that the Israeli force had arrived on Tuesday within 10 minutes of the three British monitors abandoning the jail. "I'm giving the facts," he added. "They [the monitors] left at 9.20am and the Israelis came in at 9.30am. How can we explain that?" from The Independent