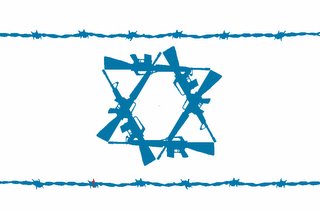 There is a long and glorious history of political cartoons and caricatures. They serve a purpose of communicating an idea, perhaps even a bias, by means of entertainment and humour, but at the same time to be truly effective, they must be highly charged and immediately recognisable images. They have to be over the top and verge on the ridiculous or absurd. Daumier and Hogarth are two of the most illustrious examples of artists who had dedicated their energies to a critique of their own society, and if we look at their cartoons today, almost all of us would struggle to grasp the message, their political impact is almost nil, while their artistic value remains unaltered. The reason for this is, having lost their referent, these cartoons have no relevance to the current social and political situation, and for the fact that content and form are aspects of visual arts that are able to follow separate paths, living independently of one another. Yet, one can be certain that at the moment these two major artists published their cartoons, there was no need to decode their significance or adopt a specialised cultural language to be able to understand in an immediate way the message they were sending, they were accessible to the target public, which is usually quite wide for this genre of communication. For a cartoon to be effective, it has to in some way address a very widespread issue, it can’t be formed from an arcane code that only a select elite can decipher. It has to take the most commonly known concepts and exacerbate them, play them to the hilt, push them to the limit so that there is little room for confusion as to the direction the message is taking. They must be pregnant in relevancy.

In the article that follows, Gilad Atzmon discusses a rather particular contest that was held to create a series of “anti-Semitic” cartoons by Jewish authors. The creator of the contest claimed that it was undertaken as a reaction to the Danish cartoons that offended the Islamic public in many parts of the world. On one level, it does sound like a classic fig leaf operation, “We’ll show people that we in Israel stand up for free speech, and offensive cartoons are part of it.” And, “no one is better at self-mockery than we are.” All of this, on the other hand, really just confirms an opinion of being that one notch above the crowd, a little presumptuous in and of itself, although harmless if it is in small doses. Many societies honestly believe they are the best of all possible societies, and it’s hard to convince the citizens of a particular place that it might not be the case, and to say that a State that has the audaciousness to suggest that it is a “light unto nations” surely fits the bill would be quite an understatement. Yet there may be a darker side to this manner of operation. It implies that a message is accepted or rejected according to the messenger, a concept that is not very open-minded or liberal, but quite the contrary, is typically biased behaviour.

I don’t know if the participants of the contest had to have rabbinical certification that they were indeed Jews, as that was one of the criteria for participation, but it was certainly a mandatory condition that only what Jews came up with would be considered. Therefore, all of the results of this call were (ostensibly) from Jewish imagination. Who would be able to invent such a cartoon? No one knows what is in the mind of another person, but upon reading about this contest, especially in the Hebrew press release, which depicts the context in a harsher light than the English language blog seems to present, Atzmon has come to the conclusion that there must be something deeper than the stated goals of the creator of the contest, to “show the world Kosher anti-Semitism”. Atzmon claims that there is a level of disgust that runs within the spirit of many Jews around the world when they are considering the messages that the mainstream has when focussing on aspects of a collective known as “Jews”, and he has taken the provocative step of actually turning the label hurled at Jews who criticise, even violently, aspects of Jewishness, “the Self-hating Jew” and suggests that they stop denying it and be proud that there is a bit of ethical fibre working that is able to make the connections between exploitation of their own tragedy and profit, the legitimate desire to live freely as Jews, and the racist nationalism that this desire has created when it became Zionism, implying the dispossession of another people to achieve it. All of this Atzmon sees as being part of individuals who identify themselves as Jews, but who reject elements that are part and parcel of the current image of Jews that arises from an exasperated sense of self worth, separateness and importance. For Gilad Atzmon, there is such a thing as a “proud self-hating Jew”, and while not all of these artists could be considered part of that category, as one need not subscribe to a belief to be able to express it, he does believe that there are indeed a growing number of Jews who are willing to share their disgust with what happens in the world under the name of being for the good of the Jews. If it is only good for the Jews, they might say, what good is it really, if Jewishness is also a moral code of acting charitably towards one’s neighbours. In that case, perhaps Atzmon’s proud self-hating Jew becomes something of a moral imperative. Despite this, Atzmon recognises that the proud self-hating Jew actually hates “other” Jews a little more than he or she hates himself or herself. The self-hating Jew we see here is sure to depict an image of a Jew that resembles a very specific sort, an orthodox Jew from the old country, stuck in the 1800s and fully insular. The reasons for this may be for the economy in depicting the most stereotyped image that can be telegraphically sent, or, it could be another flavour of superiority. The question remains open.

All cultures have dominant tendencies and traits, unifying features and shared philosophies. But, when many of these are all about sustaining a State where the major problem is the relationship between Jews and their neighbours, where facts on the ground demonstrate that the State of Israel engages in oppressive practices and illegal occupation against resident non-Jews all in the name of guaranteeing special status for the Jews in Israel, it shouldn’t be surprising that there are going to be some Jews who will not accept this, and who attempt to use all the available opportunities to express their own dissent from such barbarianism. Perhaps free speech was also used by some of these participants to communicate a message that they feel is not xenophobic, but an urgent cry to bring attention to some aspects that are silenced as soon as “someone else” says them. Perhaps, for some of these artists, this was a last ditch opportunity to express some of their very legitimate concerns. This is the thesis that Atzmon, ever observant to a categorical reading of reality, is attempting to have us view.

Another common practice that many Jews might feel strong repulsion for is where there is an exploitation of “difference and uniqueness” when it comes in handy (for instance, the Holocaust is still not permitted to be compared to any other genocide, it stands as a unique and singular event in history, and it is generally considered to exclude from statistics the other victims of this same nightmare event). This generalisation that Jews are “different” is always proudly accepted when discussion is about the great level of contribution to the development of technology and human endeavour that Jewish people have been able to provide to all the societies they have been part of, but it is rejected as being racist when the “exceptional” contribution is in extremely delicate and strategic places such as communication and the mass media, politics and finance.

However, the aspect of the contest that remains more interesting than the contest itself is the milieu surrounding its aftemath. In reading on it in the Hebrew papers, Atzmon found a rejection of the idea of this as being damaging and harmful from the formal “moral guardians” of the Jewish world, no, not a Rabbinical Council, but the Simon Wiesenthal Center and the Yad Vashem. It seems that the protection and presentation of the Jewish identity has to pass muster with two entities that ceaselessly promote a specific image of the Jew as a victim, “the” victim par excellence. No one is allowed to alter this image, and the reality of the Jewish State that utilises practices that are inhumane and morally questionable to maintain a dominant position in respect to Palestinians, should never interfere with the message incessantly promoted.

In fact, it seems as well that two of the four judges also distanced themselves from the contest, deciding that the submissions were so low-level that it was below their prestige to even nominate a winner. It might not be hard to surmise that successful artists would not want to end up on the bad side of the moral guardians of the Jewish world, and expressing disappointment with the results is another way of saying, “Nothing to see here, move on, move on” at the scene of a traffic accident. While the contest had received some coverage when it was launched, the mainstream press quite carefully downplayed it, to the point that one might imagine that the sensitivities of the people depicted are being protected, as if perhaps they really “can’t” take that much self-mockery after all.

And, without further ado, the article itself:
http://www.gilad.co.uk/html%20files/selfhatersunite.htm