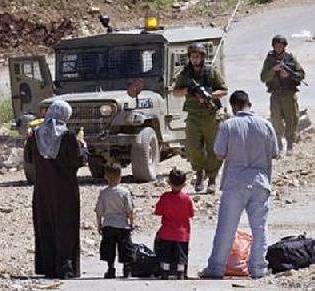 This was an especially short masked ball: Two or three months and the "boycott" party of the Palestinian Authority ended. It was also an especially stupid masked ball: Hamas can now brandish a real achievement. Israel and the world have surrendered unconditionally, and the flow of money to the territories is being renewed.

The problem is that some of the masks have remained, and the foolishness continues: Israel and the world will not transfer monies "directly" to the Hamas government, but rather by means of a special "Hamas bypass" mechanism. This unnecessary mask will also be removed quickly.

What has Israel gained from this game? Nothing. It has only lost. The pictures of shortages and distress have been chalked up, and rightly so, to Israel. And how does the world look when it dances, just like that, automatically, to Israel's pipe? Apart from another several thousand families who have joined the circle of poverty in the occupied territories, nothing has come of this cat-and-mouse game that the world played, under Israel's coaching, with the elected Palestinian government. A Nobel Prize that was given to an Israeli for game theory was certainly not intended for games like these.

Now the world needs to pause for a moment and ask itself, how come one small country can make a mockery of it in this way and cause great powers to act in such an unintelligent way? Anyone who examines the decision by the Quartet to boycott the Hamas government cannot but wonder where Israel gets the power to squeeze out more and more decisions that are contrary to the international interest and, in fact, to its own interests. The world, which is not interested in a humanitarian disaster in Rafah, should have immediately rejected the Israeli demand to stop transferring aid to the territories, instead of being dragged into this farce that has not yet ended. Will Israel's imagined diplomatic strength serve it in the long term? Certainly not. The day will come when the world will tire of the unnecessary games Israel and the United States force upon it.

It is necessary to go back to the two eternal verities: First of all, the Palestinian people elected Hamas in democratic elections, which were held at the initiative of the United States and with Israel's agreement; secondly, the state of Israel bears the responsibility for the fate of the population in the occupied territories. You wanted elections? Hamas was elected. You wanted to topple the Palestinian Authority under the leadership of the Palestine Liberation Organization? Here are the results. You want occupation? You have to pay the price. There is no way of escaping this.

The 165,000 families whose meager living comes from the PA have had to live for the past two months without a salary. In such a poor and shaky economy this is of tremendous significance. The vast majority of 3.5 million Palestinians are living in acute economic distress, to which the shortage that derives from the aid freeze has now been added. In the occupied territories a people is living that has no way to support itself, as all of the possibilities are closed to it, it has no way of entering the labor market in Israel, it has no sea port or airport and scores of barriers prevent it from moving around. It has no way out.

The world has chosen to take indirect responsibility for what is happening: Instead of bringing about an end to the occupation, it prefers to grant aid. For the fans of the occupation in Israel this is a very convenient solution, so it is impossible to understand why Israel has tried to sabotage this, too. Why is transferring money through the incorrupt Hamas unacceptable and transferring money through the corrupt Fatah acceptable? The assumption that economic pressure on the PA will lead to the fall of the elected government was a crazy idea. Pressure of this kind only reinforces Hamas and hostility toward Israel. There is no "Hamas bypass" road. Israel and the world must recognize this. Any diplomatic or economic progress will henceforth go through the headquarters of the movement that was elected to govern. Just as the economic boycott held up for only a few weeks, the diplomatic boycott will also not last long. Sweden has already welcomed in its territory two representatives of Hamas, the other European countries will follow suit, the United States will have to join in, and Israel's turn will also come, hideously late, of course, and it will recognize the Hamas government. Therefore, it is necessary to ask: Why wait? The lesson from the short-lived economic boycott must be learned now. Israel has already missed the Abu Mazen train and he is now the Palestinian Shimon Peres: It's pleasant to talk to him but what he says no longer has much influence or significance. Yet, nevertheless, having allotted half a year to diplomatic negotiations, Israel must immediately initiate a meeting with Palestinian Authority Chairman Mahmoud Abbas (Abu Mazen) if it really wants to negotiate. Instead of traveling to Washington and Cairo, Prime Minister Ehud Olmert should have gone to Ramallah first.