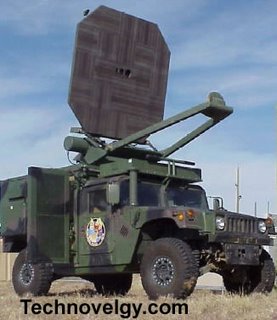 “Star Wars in Iraq” is a new investigative report by Maurizio Torrealta and Sigfrido Ranucci. The document takes off from the disturbing eyewitness report from Majid Al Ghezali, first violinist of the Baghdad Orchestra, who had witnessed the conquest of the airport by the US Armed Forces. Al Ghezali tells that he had seen the victims of the battle with their bodies shrunken and to have heard talk about the use of laser weapons.

Even the chief surgeon of the General Hospital of Hilla, Saad al Falluji, speaks of an episode involving the horrible mutilations that had occurred to the passengers of a bus that had been hit at an American checkpoint with a mysterious and silent weapon. The Iraqi physician was shocked at the absence of bullets or bullet wounds upon the dead and wounded. The journalists of Rai News 24 had requested information from the Pentagon about the possible use of lethal laser weapons, on their effects and on their usage in war zones, but as of today, they still have not obtained any replies. Taking off precisely from these eyewitness accounts, the Rai News 24 investigation analyses the current use of a new typology of weapons, destined to signal the epochal passage from “kinetic” weapons to those run by energy.

Laser devices mounted on the Humvees have already been tested in Afghanistan and Iraq, officially to set off landmines and hidden explosive devices. In the inquiry there is the detailed description of a weapon considered to be “non-lethal”: the “Pain Ray”. The characteristics of this weapon, that uses an invisible ray that provokes an extremely intense painful sensation, but does not cause death, has brought about the preoccupation of the organisations that work in human rights defence and see in this new weapon the risk of an instrument of gradual and legal torture. It is an alarm that is also motivated by the fact that the studies on the effects of these weapons on the human body are still covered by military secret.

SEE THE FILM http://www.rainews24.it/ran24/inchieste/guerre_stellari_iraq.asp
in English, Italian or Arabic.
READ THE TEXT OF THE FILM in .rtf

An excerpt:
Retired Colonel John B. Alexander The Active Denial System is a Millimetre Wave System, operates at about 93 GHz. It sends out a beam for a very long distance, and what’s important about it is that when it hits the skin it penetrates only a very slight, for a few millimetres under the skin and it it’s the pain receptors and causes, you know, people to be adverse to the pain.

It hurts, it hurts a lot.

The tests that had been run they were to go for 3 seconds, each individual was given a kill switch and nobody made 3 seconds. The answer to the pain is extremely rapid, and you don’t have to do it very long, I mean, it gets your attention instantly.

To understand the consequences this new weapon could have for human rights we went to the Empire State Building in Manhattan, home of the offices of Human Rights Watch, one of the most important human rights organizations.

Marc Garlasco We can see the effects of a gun very easily and understand them, but when you cannot see the effect of a weapon because it is not visible and because the science is not very well understood because technology is so new, then it becomes a grieve concern that enrages the states for potential human rights violations and abuses. And that is something that we have to understand about the Active Denial System, that it exists to create pain and is very different in most other non-lethal weapons where the desire is either to immobilize someone or make it so that they cannot walk in the area. With the Active Denial System the main desire is pain, and we have to be very careful because in international law is very clear that devices created solely for the creation of pain can eventually lead to torture and are therefore illegal, and it’s very critical that the United States does a careful legal review of the Active Denial System and is open with their findings. To date they have not been open.

William Arkin Some people say “ooh acoustic weapons, or High Power Microwave weapons, the Active Denial System, we can use it for crowd control…”

What crowd control? What does that mean?

Well, what crowd is made up of just eighteen years old men?

Look at the Intifada, look at any riot in Iraq today: children, women, pregnant women, old people, and so the effect… the effect that you would need in order to have an impact on a healthy male, you target, would be too much for a child or a pregnant woman or an old person.

Marc Garlasco There’s been a lot of discussion also about the potential for eye damage. They have done some tests on the skin to show that is not harmful, but where is the eye test? And there are concerns raised by scientists about potential harm to the eyes. And we also have concerns about the effects to children, to the infirm, to the elderly… Why are they not producing the data? Why are they not sharing it with us?

As regards the use of the pain ray in the field of war, the military review Defence Industry Daily reports that three Sheriff vehicles were ordered at a price of about 31 million dollars, and that approval has been requested for another 14 vehicles by Brigadier General James Haggin, chief of staff of the multinational forces in Iraq.

Retired Colonel John B. Alexander In my view the next global conflict has already began and we don’t have an understanding of what that conflict looks like. Because of the issues of terrorism for instance the adversaries are going to be I think mixed in with civilian populations. We need weapons that allow us to be able to sort, minimize what they call “collateral casualties”. I think the battlefields are going to be in urban areas.