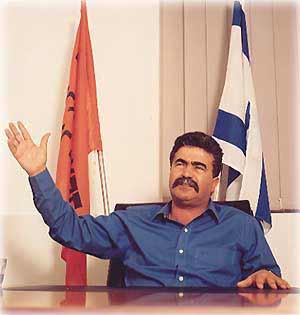 Conclusion: The artillery shells that turned seven vacationers who ate corn on the cob at the Gaza beach to pieces of bleeding flesh fell from the sky and were not launched by the IDF. I came to that conclusion without waiting for any decision of a Commission of Inquiry because, simply, the IDF is such a humane and considerate army, and not cruel like the terrorist Palestinians damned their name and memory, that its not possible that it would do such a thing. The Palestinians are capable of anything and what the Commission of Inquiry must check is whether the mother of the family who died in such an extreme manner, did not pretend to be dead and whether this whole show on the part of the girl who ran like a mad woman on the sand was not just a year-end play of the theater club of her school. After all we already experienced such things coming from them, when they staged funerals. Today one can stage anything or carry out tricks through the computer and convince the entire world that this is the whole truth.

Another conclusion. (I reached it yesterday after watching Amir Peretz in a direct broadcast from the Southern Command Headquarters): It is entirely possible that the man who spoke yesterday on TV was not the real Amir Peretz but rather an actor from Beit Tzvi who impersonates him perfectly and parrots what he needs to parrot in cases of such calamities, all this in order to enable to real Peretz to devote, at least on the weekend, quality time with his family members who love him and who miss him so during weekdays.

To me it was clear that this was not the real Peretz because he, continuously, repeated the same identical three sentences as a response to any question that was not asked of him. He , once again, said that the IDF avoids the use of many means at its disposal in order not to hurt civilians. Also, that he personally thinks that it is not right to hurt civilians. We could see that the moustache of this actor pretending to be Peretz was pasted. I'm telling you. Ask the Military Reporter, Carmela Menashe who was the closest to him from the side whether what I am saying is not correct.

And another conclusion, and this time completely seriously: I stopped believing, a long time ago, that there is someone who is more right or less right in this entire story about the conflict. All this sanctimoniousness piety of ours simply does not work on anybody except ourselves. So, as the first step, let's stop relying so much on the formalistics of IDF investigating committees and instead admit that we are bad, very, very bad and that our lack of intention to do bad things does not cancel the fact that we commit bad and repeatedly so, all day long. It stems mainly from the fact that our means of destruction are not toys but rather are designed to process human flesh: to kill, disintegrate and grind exactly like these tools do when they belong to others, and when we use these means of destruction they necessarily do their job.

After we admit that we are bad, very, very bad, we will discover suddenly that from a badness point of view we have an enormous advantage over our bad neighbors. The advantage of our badness over their badness is that our badness is sophisticated and theirs ­ primitive. We always mean not to kill, but we still kill. While they mean to kill, these idiots, and they don't even hide their intention. Their badness comes from their guts and our badness comes from the brain.

The problem is that because of the Holocaust and all that, we are not capable of believing, even in our most cynical dreams, that there is a Jewish soldier who is capable of killing just for the sake of killing. The problems that rises out of all this is that every time that someone gets killed just like that we find some rationalization for it as if it was not just like that. It just doesn't enter our heads that among our people there are persons without conscience or with an underdeveloped conscience compared to the typical Jewish merciful norm, who can do bad or stupid things just like that. We nurtured this great illusion and now we are eating it and by doing so cause ourselves to be self righteously uppity so much so that no one believes anymore in the sincerity of our intentions even when they are sincere. Let's admit: It is a fact that we do bad indeed. It doesn't matter whether the circumstances forced us to be bad. The fact is that we are bad.

There is another thing that should finally be admitted: We are equally bad on the Left as on the Right, enough with the illusions. Fact: A Leftist Minister of Defense acts exactly like a Rightist Minister of Defense and there is no difference between Left or Right, and that the entire elections were in fact Bull-Shit supreme, and conversely, Amir Peretz, at the bottom of his heart is even proud that he does not fall behind in his performance from previous Ministers of Defense and that he is lacing into the Palestinians as they deserve, and by doing so lifts the morale of the blood thirsty from among our people. This is good in order for Labor to be strengthened and return to full time ruling when the day will come.

Final conclusion, but one that should remain among us: Its actually not bad at all that this family got killed on the beach in Gaza. With its death it bequeathed life to the Labor party and its leader, who now can present himself as a man's ­ man, both compassionate and rigid when necessary, in the best Israeli tradition of shooting and weeping. Please admit it, isn't he cute, this Amir Peretz when he is acting as the principled man of the people? More power to you, Peretz. Shoot and then weep. We love you, you are proving slowly that you deserve us, that you are as bad as necessary, bad but with a moral backing as needed. Such clean badness, that thinks that you can take off the badness like a dirty shirt and throw into the laundry and the machine will clean it. Not like the Palestinians, who as you saw, are dirty, they eat with their hands, in the sand, without a minimal hygiene and then they are surprised that they die.