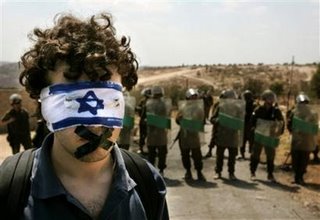 Yesterday I wrote about the moderator tossing me out of JPUK. It is rather interesting if one is able to reflect upon the meaning of this, and it is even more illuminating to make some analogies. Why would I want to maintain the ability to post on JPUK if I think the group is comprised of closed-minded and undemocratic people? Well, it might be sort of like a family gathering. Maybe you don’t like the event that much, don’t get along with some of the people, but it is a habit, and at times, you even enjoy yourself despite yourself. At any rate, the entire thing is harmless and it is just people without any power or importance exchanging chatter, information and views.

Yet, it seems that power is pretty damn important there. Take a look at the abuse of power that the moderator Rony Cohen engages in. Here is the message on the board which, without explanation, warning or justification, was used to tell me that I was cancelled from the mailing list: (no personal letter, just on the board, of course).

Hi Mary
You were aware of the roles. I wonder what drive you break them.
see you on other lists.
_rony

Notwithstanding the questionable prose, (a board moderator should at least be capable of managing elementary English), it is an abuse of power for a moderator to unilaterally determine who is in and who is out, especially since I have no idea what rules (I presume) he is even talking about! What rules/roles are there? I have never seen any posted! If he is referring to Tony Greenstein and I playing nice to one another, I simply posted an exchange between Gilad Atzmon and TG that Greenstein had allowed to be aired, fully consenting to it. This unilateral move, neither consulting the group, nor communicating to me what boundary I was crossing reminds me very much of Sharon and Olmert and their way of doing business. You don’t NEED to listen to the other party, you don’t NEED to find a way to communicate or to coexist. YOU UNILATERALLY DECIDE! You have the power, you feel totally justified and righteous, and you act like a dictator. How very Olmertian of him!

Taken further, “see you on other lists” is not that far removed from the typical pro-Israeli statement to the Palestinians who insist upon living in Palestine and nowhere else; “You have so many other Arab countries to go to, why do you insist upon here where you are not wanted? Get out.”

What IS this JPUK list anyway??? Who do they allow to discuss and over what? Yes, there are certainly some fine people there, and I have made friendship with a couple of brilliant activists who I still work closely with on a few important projects, but if you take a look at some of the frequent posters, you have Linda Grant and John Strawson, who not only are totally opposed to any economic pressure being used against Israel to encourage them to loosen the grip around the necks of the Palestinian people, but they accuse people who are against Zionism as being anti-Semitic. For them, it is the same thing. There are others who insist that they are troubled that they are “banned” from the disgusting and supremacist Engage list, that discourse should be open, but have no problem defaming me for racist statements that THEY CANNOT EVEN DISCLOSE, insisting that “the Guardian had to ban people from my blog…” Uh, right Linda, sure. Just like the mainstream press, compliant with Israeli crimes, it is enough that you smear, no matter how far removed from reality or absurd it is, get your cohorts to join in, from the right and from the left, no one will bother to check, and when the person being smeared enters into discussion and says, “Now you have accused me, you have the obligation to corroborate your smear,” they simply say, “I have no time to waste on you.”

Sure! That is because their smears are lies! Am I banned because I support free speech, because I have never asked anyone to be banned anywhere, because I encourage discussion and promote especially that the first, second and last word doesn’t come from Europeans, no matter how well-intentioned, but from the Palestinians? Is that what the problem is? Am I banned because I posted something from Gilad Atzmon and a letter Tony Greenstein said could be diffused? Is there an Anti-Atzmon rule that no one knows about and I am the first victim of? Elf banned me for the same thing. Is Atzmon carrying the bubonic plague in his written words and I am infecting anyone in reading range? Are we sure we are adults? Or is someone finally getting his sweet revenge for having been picked on as a boy?

Yet, I’m starting to think that there is something terribly, terribly sick and damaging with these E groups. On a now defunct One State E list, When a Swiss person says it is time to dismantle the PA, immediately following the overwhelming victory of Hamas in the most democratic election that the Middle East has ever seen, despite the fact that Westerners were complicit in not wanting to involve exiled and absent Palestinians to participate, that is considered to be a justified position by the true progressives and supporters of a One State Solution. I have debated this concept, and in all of these Western and primarily Jewish E groups, I have been told that I was naïve for being involved in a campaign to attempt to register Palestinians abroad in the voting, and further, that I had no place in a One State group if I did not condemn the possibility that the Palestinians might select to live in a State with laws that do not put secularism as the central principle. For them, One State means State where the Jews in practice still control most everything, or at least, that Western Secular Values absolutely must be the basis for any formation of the State at all, never mind actually finding out what the majority of the people living there might want! In the absence of commitment to secularism above all else, (calling only that democracy, obviously completely ignorant of what this term means), they would prefer two ethnically separate States. Amazing. Anyone who questions this line of thinking is not allowed to utter it. That is the bottom line. As a matter of fact, even in that group, action was taken to put a gag over my mouth.

I'm coming to the conclusion that it is lecit for these moderators to invent a rule in their heads, no one is going to challenge that invention, because it is just better that you don’t even have to discuss the possibility that things are slightly different than what you wish they would be. If you don’t have anyone to discuss with, that leaves you as the master of discourse, and, when it comes down to it, that seems to be the entire point. European, American, Israeli people know what is best and they are the ones who dictate it to everyone else. That is why these lists are 99% Westerners who then protest when another Westerner questions the correctness of this groupthink and asks for deep reflection in the light of reality.

Just like all the settler lists that have abused me, complete with death threats, a al Treppenwitz, who even abused my email box, or Lisa Goldman who, when challenged to demonstrate some of her most outrageous claims, decides to sick the entire Aliyah club on me, it’s another flavour of the same hounding. The fear of Jewish voices losing dominance and power, of becoming lost in the growing thunder of Palestinians who are speaking out, or voices that support them and want to hear them. I don’t care about being abused by those settlers and usurpers of other people’s land. They are my enemies, they are at the antipodes of what I believe is known as decency and humanity, and they are violating international law, above all else, as well as justifying crimes against humanity, JPUK falls into the exact same tendency. If you do not acquiesce with the idea that meaning well is more than enough, you are an agent of evil, you support terrorism, you are breaking rules of some sort. You must, absolutely, be made to shut up. This is the most important thing. And, let no one challenge that way of acting either. It is beyond them that this is unethical and actually, antidemocratic to the hilt.

Too bad for them, I have hundreds of faithful readers, and some of them are beginning to question what these groups are really standing for. I used to be deluded myself, thinking they promoted coexistence and peace. They don’t do that. That is at least, not their primary concern. Listening to others, especially others who question the righteousness of Jewish centrality to the discourse, is not at all what they can tolerate. It is clear that my voice, like the others who had been ostracised from time to time, and some of them are the best campaigners that have ever been seen, makes them uncomfortable. They won’t debate when they disagree with any of us. It is enough for them to decide that we are beyond the pale and then take action to defame us and then silence us. They will have a rude awakening, unless they recognise the inconsistencies in their position, and how they do little to nothing to support any cause but a “feel good” one. Too bad, they actually could have been part of an international movement to affect change in the Middle East, but they are far too self-absorbed and self-righteous to see how they actually are helping the cause of the Zionists.