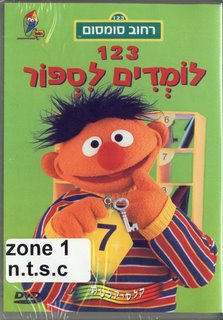 This is obviously the outcome of the newly emerged Hebraic arithmetic laws. For 2 kidnapped Israeli soldiers who are still kept alive, 500,000 innocent Lebanese civilians are displaced. For 2 abducted Israeli soldiers, Lebanon, a sovereign state, is brought back down on its knees. Its civil infrastructure is ‘gone’. Some of its capital’s residential quarters and southern villages are already wiped out. Indeed, ‘two equals half a million’ is the new arithmetic the Israelis insist upon imposing on the region. Is it that surprising? Not at all, as predicted by Gershon Sholem already in the 1930’s: once the Jews start to speak Hebrew, it won’t take long before they consider themselves to be God.

In the Bible Sodom and Gomorrah were "brimstone and fire from the Lord out of heaven" (Genesis 13:13; 18:20; 19:24, 29; Hosea 11:8). The two towns where erased by God for the sins of its inhabitants. In the Biblical narrative (Genesis 18), God informs Abraham that he intends upon demolishing the city of Sodom because of its gross immorality. Abraham pleads with God not to do it. God is willing to agree as long as there were 50 righteous people in town, then 45, then 30, 20, or even just 10 decent people.

While the Biblical tale is saturated with God’s fury and vengeance, it is Abraham, a morally orientated human being who insists upon saving the inhabitants of Sodom. Yet, not many contemporary Abrahams have been raising their voices within Israeli society. In a demonstration against the emerging brutal attack against Lebanon, less than one thousand Israeli showed up. But far more worryingly, not many Abrahams are noticeable amongst our world leaders. While Bush was clearly caught up welcoming the brutal wiping out of yet another Arab country, his twin ideological brother, PM Blair, supports Israel’s “right to defend itself”.

One should ask the British PM the obvious question: if indeed Israel is solely engaged in merely “defending itself” how come there is no Navy rescue mission of Britons from Tel Aviv or Haifa? Somehow, Mr. Blair, it is rather apparent that Israel’s aim of ‘defending itself’ is so extensive in its brutality that it is actually Beirut and southern Lebanon that are wiped out.

Following Sholem’s prophecy, it is rather clear that the almighty Israelis indeed endorsed the role of a cruel God. Flying American F-16’s, the Israelis ‘brimstone and fire’ Lebanese cities and villages out of existence. Last night, the IAF angels dropped 23 tons of explosives on a one single bunker in Beirut. They really want to kill so it seems.

However, within the Biblical tale, even God is willing to bargain, “just present me with 50, 40, 30, 20 righteous people,” he tells Abraham. Seemingly, Israel, the almighty regional God, is far less willing to bargain. Till this point in time, it has rejected any ceasefire initiatives. The Israelis want to ‘finish the job’ so they say.

One may wonder what exactly is that job which they want to finish. Indeed they spread collateral damage all over Lebanon but seemingly they do not touch the Hezbollah. Instead, rather murderously, they punish the entire Lebanese people. They flatten Beirut’s southern neighbourhoods, they destroy the Lebanese civil infrastructures, they destroy the state’s economy, half a million Lebanese are now displaced, hundreds are dead. And guess what, they don’t win. Ostensibly, the Hezbollah is gaining power. In fact, from this point onwards, the Hezbollah can only win. In other words, the Hezbollah has won the battle already.

More than anything, it is the Hezbollah that made Israel reveal its very devastating notion of blood arithmetic i.e., 2 = 500,000. For those who fail to understand, people who believe in ‘two equals half a million’ can easily nuke whoever they consider to be their enemies with out the slight hesitation. 2 = 500,000 is there to suggest that Israel isn’t just a regional danger, it is the biggest threat to world peace. This is something I’ve known for a while but now thanks to the Hezbollah this will become common knowledge.

While in the history of the conflict, no Arab army has yet to defeat the Israeli military might, the Hezbollah, a tiny paramilitary group of patriotic warriors has managed to transform northern Israeli cities into ghost towns. They did it without a navy, without an air force, without tanks.

For those who don’t know, Israel is all about ‘good life’. It is all about trading in the stock exchange. Having a BBQ party on the beach. Big imported pop acts in open-air concerts. Rather than Peace Israelis are after ‘Shalom’ which really means: one-sided security for the Jews only. The Hezbollah (as well as the Hamas) made it clear to the Israelis, you will never live in Shalom unless you dig into the notion of Peace.

It is important to mention that Israel could never win this war, it could only lose and in fact it lost already. Israel’s power of deterrence is minced to pieces by a lightly armed paramilitary organisation. Considering the emerging humanitarian crisis in Lebanon, the world public attention from now on will be dedicated to the growing devastation the ‘God-like’ Israelis have left behind. Israel on its side is going to be left with a war of attrition. It took the Hezbollah 20 years to get the IDF out of Lebanon. The Israelis know very well that if the IDF failed miserably in defeating the Hezbollah, no army in the world can do the job any better. Hezbollah is there to stay. Israel is now left with a very hostile neighbour and a very strong Hezbollah on its very vulnerable northern border.

The Old Testament’s almighty God is indeed merciless at times, he acts with fury and vengeance but he isn’t vulnerable. In Genesis 18 the people of Sodom do not fight back, they just pass away. The one who looks back with awe is transformed into a salty statue. But the ‘God-like’ Israelites are rather vulnerable. One billion Arabs are waiting for them behind the corner. One billion Arabs who are humiliated daily by an Anglo-American Zionised west that backs ‘Israel’s right to defend itself’.

One billion Arabs that are looking at stolen Palestine, smashed Gaza and torn apart Lebanon. Those Arabs have a good reason to be cheered by the Hezbollah. It is the Hezbollah that gives them a very good reason to look forward with pride. But the Hezbollah is not the only winner. Clearly, the Israeli attack leads towards a huge humanitarian crisis. While the Americans and British are concerned mainly with rescuing their citizens in Beirut (many of them indeed Lebanese by origin), Syria is there to offer safe shelter to a growing flood of thousands of Lebanese refugees. While Blair and Bush engage in giving the green light to Israeli brutality, it is Syria that gives a hand to the real victims. It is about time we shake off our views and admit that from a purely ethical point of view. It is Syria and Iran who support the oppressed people in this battered region. i.e.. the Palestinians and now the Lebanese. For me this is more than enough to suggest that at least ethically, Iran and Syria are the most progressive powers around.

And just one final word about the God-like Israelites; indeed, it is very clear that they do not love their neighbours. But how to say it, people who inflict so much pain on others probably do not like themselves either. Even murderers don’t like themselves being murderers.