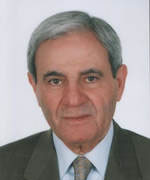 Fawzi Salloukh, Lebanese Foreign Minister, has abrupt and direct ways. We meet with him while he is peeping out of a small corridor at the Italian Foreign Ministry, the Farnesina, as the final press conference of the conference is underway. Salloukh, within the complex political and governmental Lebanese picture, is a Shiite considered to be quite close to Hezbollah and, by some, is seen as one of their spokesmen.

Diplomat since the 60’s (he has been ambassador in several African states and also in Austria and Belgium), he was political advisor to Mohammed Mehdi Shamseddine, Shiite imam who had studied in Najaf’s school, in Iraq, founder of the Islamic University of Lebanon and upholder of the first Islamic militias that were later to become Amal, Shiite fighting group that’s led by the present speaker of the Lebanese parliament, Nabih Berri.

What do you think about the French proposal for the resolution?

“That of France is an important initiative as it finally calls into question the UN Security Council. Our priority remains a complete and general ceasefire. This is a pre-condition to every further negotiation. Once the end of hostilities is attained, we’ll be able to begin talking about the rest of the issues that are still unsolved: the prisoners’ release—both the Israelis and the Lebanese prisoners detained in Tel Aviv’s prisons—the returning of Sheeba farms, and the map of the mines laid by Israel’s army along the border”

One of the key-issues remains that of Hezbollah’s disarmament….

“Hezbollah is a national resistance movement and not a militia (note: the Resolution 1559 refers to “the dismantling and disarmament of both the Lebanese and non-Lebanese militias”) and it has aided Lebanon to free 10% of its own national soil from the occupying Israelis.

Hezbollah are also a political party which is part of the Lebanese institutional framework, which took part in the last elections, which has two ministers in the government and fourteen members in the parliament. Given this, the question of Hezbollah’s disarmament is being addressed inside the so-called “Lebanese national dialogue”, an assembly made up exclusively of internal interlocutors that gathered last Tuesday for the second time.

In this context we’re speaking about a strategy of national defence that may be able to cope with the challenges and the aggressions from within and without, in which Hezbollah plays an important role”

In this respect of defence of the national unity, is the idea one of letting the Shiite militants flow into the army, as has happened to other militias in the past?

“This will be dealt with in a successive stage of the dialogue, we’re still at an introductory phase. A crucial point, however must be understood: Hezbollah’s disarmament will have been discussed by the “Lebanese National Dialogue” only when the “God’s Party” have brought an end to the liberation of the Lebanese territories that are being occupied by Israel. I want to very clearly stress that, however might the event get on, the issue of the disarmament will be arranged only within our country.

The enforcement of the Resolution 1559 will be run by the Lebanese and by no other foreign government. Of course not by Israel, that is still required to apply the UN resolutions 194 (note: of 1948, about Jerusalem’s special status and the Palestinian refugees’ return), 242 (note: of 1967, after the Six Days War, demanding the Israeli withdrawal from the territories occupied during the conflict), 338 (note: of 1973, after the “Yom Kippur” War, demanding the ceasefire and the application of the resolution 242) and 425 (note: of 1978, blaming the Israeli invasion of Lebanon, demanding the immediate Israeli withdrawal and calling the UN for monitoring of the borders). Some of these resolutions are at least 50 years old…”

What’s your opinion about the dispatching of an international interposition force?

“It’s a fact that in Lebanon not everyone regards as acceptable the idea of sending foreign troops into the country. The proposal, at any rate, will be dealt with inside the Ministers’ Council.

It’s clear that, should we take a glance at what happened in the past about sending international forces, as happened in the 80’s during the civil war and in which also Italy took part, we have to remember that those missions were a failure. We shall see.”

Translated from Italian by Diego Traversa and revised by Mary Rizzo, members of Tlaxcala (www.tlaxcala.es) the network of translators for linguistic diversity. This translation is in Copyleft.