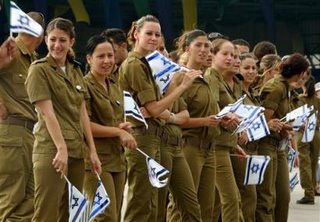 Translated from Hebrew by Zalman Amit

Kfar Qana does not make us less just, simply because right from the start we were not just. In contrast to all kinds of block-heads both on the Right and the Left, who are walking around ashamed and shocked after the bombing of Kfar Qana, because, how can it happen that a blunder like this will take place since it makes us look like Monsters in the eyes of the world, I am not, really not, impressed. You need to be stuffed, blocked and totally dumb (as they used to say in my childhood) not to know that a war doesn't become more just or less just according to the number of civilians that get hurt in it. According to such a criterion, ­and Netanyahu said it yesterday on CNN, and justly,­ the allies were less just than Nazi Germany during World War II, because they bombed Dresden and killed hundreds of thousands of civilians, not to mention even about the fact that they dropped Atom bombs on Hiroshima and Nagasaki. Obviously, the fact that the Allies did this does not change, even one bit, the fact that they were absolutely just during the war.

Thus all these Kitschy arguments in the style of, 'Oy vey, what did we do, and how does our face look like to the world', is a 'Polish Ladies argument'. What I think is that this war in Lebanon is not just, not because of Qana, but rather because it was not just, right from the beginning. It is simply bad form to enter a war because of two abducted soldiers. It is also a conduct of a neighborhood bully rather than of a proper State.

By the same token, by the way, I do not accept that what is called Terror is not just only because it hurts civilians. After all it is obvious that it will hit civilians. What other way is there for oppressed nations to rebel and try and change their fate if not via attacks on civilians? Sartre, in his time, already justified terror and so did Nelson Mandela in South Africa. Where would South Africa be today if not for Terror? This entire phenomenon where everybody jumps and says, Oy, Oy, Oy, when they hear the word Terror is ridiculous. Besides, what is already the big difference between Palestinian terror and the actions of our own army?

In short, enough with this oy, oy, oy, ritual, and let us begin to understand that the one that is acting like a terrorist in the war we have entered in Lebanon is none other than the State of Israel. The fact that we were already anxious about the rearmament of Hezbullah, together with the fact that this, supposedly, gives us the right to destroy Lebanon; Okay, so we also got rearmed lately, so by this token, it would be right if we would get destroyed too.

I am so nervous because it seems to me that the Israelis, by and large are blind, and that includes, what we call the Left, and they refuse to see things for what they are. Yesterday, I got into an argument with a colleague who signed a petition that was published in Ynet against the war in Lebanon. Consequently, he was walking around with his chest inflated with pride for the great act that he undertook, as if he was at least a member of the Résistance. His argument was that signing petitions sometime has an effect. As an example he presented the signatures of the founders of The Greater Israel Movement in their time, an act that had far reaching implications for Israeli history. Vive la petit difference: I am willing to hereby state that the petition in Ynet, even if Sh'ai Agnon and Nathan Alterman would have been among its signatories, will not move a hair on Peretz's moustache, simply because the mood in the country, also among those who are mistakenly called 'Intellectuals' and 'Left' is that the war in Lebanon is absolutely just, and that Israel had every right in the world to use all the destructive power in its disposal against the Hezbullah. No petition in the world will undo this kind of mood.

It is sufficient to watch a little TV these days in order to see that, indeed, they often invite representatives from among those opposed to the war to visit the various newscast studios and there to express their angry views. However, these visits serve always merely as comic relief and in order to provide an opportunity for some retired General to sigh and say: 'Well, this is our nation, we will always have among us those who will shame us'.

After all, at the end of the day, the only influence of these delightful war resisters, who express their quiet protest through petitions or diluted and sad demonstrations, will be that in another twenty years, when the television would want to produce a special broadcast on the Lebanon War 2006, someone will find in the archives a copy of the petition and a bit of tape from the demonstration, and the director of this future broadcast will rely on it in order to contend that the Tel Aviv intellectual left objected to the war. If someone will come and argue that this was not the way it was and that the protest during the summer of 2006 was totally marginal, if not pathetic, he will be branded as senile or perhaps suffering from Alzheimer's.

I think that signing petitions against the war is an obvious and banal act and therefore somewhat useless. I would have liked to see the same petition signer forcing himself to get up on a Saturday morning to go and demonstrate against the Apartheid fence in Bil¹in and there to really confront the IDF forces, or to stand at the check-points and observe and check ­as routinely done by members of the Checkpoint Watch movement- on the daily provocation inflicted on the Palestinians, residents of the territories. As far as I am concerned, I was shocked to hear one gracious literary lady telling me in all seriousness that she doesn't understand what is the connection between Hezbullah and the Territories and the Palestinians. If I could, I would have slapped her right at that moment so that she will wake up. After all, from what did all this business in Lebanon begin if not as a reaction of the Hezbullah to the atrocities committed and are still being committed by the IDF in Gaza? This we prefer to totally ignore, and that includes people like Amos Oz who only yesterday passed on to me via email his article in English about the fact that the war in Lebanon is just, and all this bullshit.

I wanted to vomit, seriously, from the fact that we always present ourselves as the victims, and this, at a time, when the exact opposite is the truth, WOOOOW! The Hezbullah got rearmed during the past six years. So what? One can think that we did not get rearmed. And then the abduction of the soldiers dropped on us like a thunder on a clear day, as if we are a bunch of saints who never did anything bad to anybody, and they are just picking on us. Ladies and gentlemen, there is here and oppressed nation next to us that we pound non-stop and where we use every excuse of a Qassam tail in order to continue to pound and to kill. Then we are shocked to discover that someone comes to help these people a little and to fight against us in their name. Immediately we insinuate that this someone is actually an arm of Iran or Syria and we forget the real reason for the opening of this campaign, this is the Palestinian reason.

But what is it going to help me to scream? You know what? The truth is that I am fairly tired of being a world reformer. Whoever wants to sign petitions, God bless him, and whoever wants just to cry over the bitter fate of the People of Israel that the Hezbullah rose to destroy, let him cry in peace. I have a family to support and kids (older, that is) to feed to look after. From time to time I even dream about a moment of free time in order to write my next book. The truth is that I already started it on several occasions and then stopped, perhaps, because the writing of this blog exhausts all my energies. But I don¹t care, because, at least I feel that I am making a difference and that I am giving all of myself for something that is not literary and will not remain after me forever. Instead it may be something that plucks the strings of the consciousness of the readers now, and immediately. This is preferable to me compared to those silent and passive protestors who give very little of themselves for the sake of their own lofty ideals.

Another little confession: At night I dreamt, probably under the influence of the TV images, that Ra'anana is being attacked by an Arab army. My wife and I hide in the shelter and we feel the pounding of the war machines approaching us. My wife is telling me: 'What can we do, at least we will die together', We then hug and kiss and the bomb that is supposed to demolish the house on us, is about to drop. I woke up and smiled to myself when I realized that it was only a dream. I did think about the fact that if, in reality, planes would have dropped leaflets from the sky calling on us to leave our homes like the IDF did in Southern Lebanon, I would have stayed at home without moving. By the way, altogether, I don't think that to drop such leaflets makes us more humane, but rather more barbaric.

Thanks Ron and Zalman