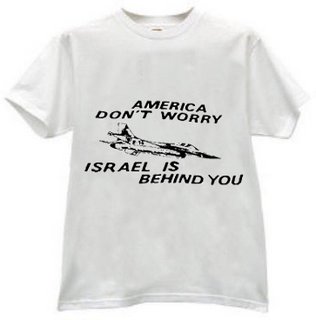 “The ceasefire in Lebanon was holding by a thread last night after Israel sanctioned a commando raid in the east of the country. Kofi Annan, the United Nations Secretary General, said Israel had violated the truce, and he was 'deeply concerned' about it.” The Guardian

For those who are familiar with Israeli aggression, the IDF violation was no surprise at all. For a week or so, every Israeli cabinet member and military official promised publicly that it is just a question of time before there is a ‘second round’. Indeed, they must come up with something. Since the end of the hostilities, all Israeli political analysts and polls suggest that Israel’s political and military leadership failed completely. If elections were to be held soon, both Labour and Kadima would simply disappear. It is no secret that with each passing day, Olmert’s and Peretz’s popularity continually slumps to new lows. Jerusalem Post.

One may wonder whether the Israelis are changing their spots, do they stop approving Olmert’s policies just because peace is what they really prefer? The influential political commentator Ari Shavit provided an answer two weeks ago. Mr Olmert, so he says, had ‘failed shamefully’ and should resign. Shavit continues, "You cannot lead an entire nation to war promising victory, produce humiliating defeat and remain in power." As I mentioned more than once before, the Israeli politician has to cope with a demanding, bloodthirsty crowd.

This realisation throws some light over the reasons behind the failed Israeli operation in Lebanon just three days ago. Israelis are simply desperate to win. But it may also explain why Israeli government decided to expand its military operation pretty much at the same time it accepted the UN ceasefire resolution. Olmert knew that he must serve his voters with what they interpret as a clear-cut victory. This would mean either some severe form of revenge with lots of Arab casualties or a significant land invasion. Olmert, his ‘national unity’ government and the army leadership have to do something that would cover up four weeks of disastrous military campaign that failed to serve the Israeli public with even a single second of glory.

Indeed, the IDF military offensive doctrine is grounded on one basic axiom that was defined by David Ben Gurion in the early fifties: whatever it takes, Israel must always win! This axiom is indeed very powerful, yet, in reality, the Israeli army can’t provide the goods anymore. In the last three decades the Israeli army is constantly being beaten time after time by enemies that are getting smaller and smaller.

Yet, one may mention that the IDF isn’t very original in being defeated. The IDF fails exactly where the American army has been failing since Vietnam. Shockingly, the IDF has managed to copy every possible American mistake. It religiously adopted the new American military philosophy of a ‘compact highly sophisticated fighting force’. Undeniably, this very doctrine is very effective in producing some gigantic collateral damage i.e., war crimes. Yet, in the long run, it fails miserably in wining wars. The new American military doctrine may win a battle or two but no more than that. In the most recent years it has been totally beaten in Afghanistan, Iraq, Gaza and obviously in Lebanon.

Though the early stages of the Israeli campaign in Lebanon looked very much like the first few days of the second Gulf War (major air assault on civilian infrastructure and populated areas), there is at least one major noticeable difference. While America can stand and even ignore international criticism referring to its own war crimes, it isn’t willing to suffer much international criticism for Israeli atrocities. While in the early stages of the war America was rushing to provide Israel with air convoys loaded with its most lethal conventional arsenal, we have learned towards the last week of the war that the American administration changed its mind, it suddenly refused to provide the IDF with a shipment of cluster bombs because it “would endanger the civilian population”. Seemingly, there is a limit to what the Americans are willing to do for their ‘closest friend’ in the Middle East.

This is exactly where the Israeli limbo is. In order to maintain its status as a winning regional super power, Israel needs the blind support of America (politically, financially and logistically). Yet American blind support can be grunted to Israel only if the Jewish State is indeed a regional super power to start with. Olmert and his government are fully aware of this very complexity. They know that without being a regional super power in the first place, they have nothing to offer their almighty American brothers. Israel is crucial for the strategy of the Americans as long as it can wipe out all its enemies in six days at the most. The way things appear now, the Israeli Army is basically defeated by the two smallest nations in the Arab world, the Palestinian and the Lebanese ones.

As much as it clear to the Israelis, it is clear to the Americans that unlike the bold Hezbollah, the IDF soldier has lost his will to fight. The IDF is a spoiled, confused and tired army that is specialising solely in terrorising civilian populations while being engaged in constant tactical withdraw. This Israeli Army is not trained to win wars anymore. Instead, its tank battalions are mainly engaged in daily shelling of schools and hospitals. Its Air Force uses the best American fighter planes to flatten neighbourhoods and shoot deadly rockets at cars in the streets of Gaza. Its command units are specialising in abducting democratically elected middle-aged Palestinian politicians. The IDF is basically a heavy army specialising in merciless regional bullying. Yet, it cannot win a war, and as such it has nothing to offer the American empire.

But the Israeli military defeat has some further implications. Israel without a victorious army, has nothing to offer to world Jewry either. It can never present itself as the ultimate cosmic Judeo bunker. It is pretty shocking to prospect the relative silence of the infamous Zionist media shield. While just six weeks ago the loud supporters of Anglo-American interventionism were still pushing for democracy in the Arab world and beyond, they were enthusiastic about killing in the name of human rights and about Israel being the only democracy in the Middle East. Somehow, since the war began, since Israel revealed once again its murderous tendencies and Hezbollah proved to be the new Robin Hood, these voices are caving in. Many among the global Zionists do already realise now that the Anglo-American assault on the Arab world just suffered a major blow. Some of them probably grasp that it is just a question of time before more and more Europeans and Americans join the sacred battle against the Americanised Global Zionism, i.e., neo-conservatism.

The recent victory of the Hezbollah therefore must be realised as a major event with some global implications. While the Hezbollah regards itself a paramilitary organisation concerned mainly with some local issues having to do with Israeli expansionism, it has managed to cause a serious blow to neo-conservatism as a political praxis as well as a philosophy. It has beaten the Zionised Anglo-American worldview. Standing up to Zionism and Americanism, it is the Lebanese, the Palestinians, the Iraqis, the Afghanis and the Iranians who happen to be at the vanguard of the war for humanity and humanism. For those who are yet to be convinced that this indeed the case, I will mention that the fact that it is Iran who rushed to pay 3 billion dollars to rebuild Lebanon after the destruction made by ‘American interventionism’ leaves no room for interpretation. While America spreads destruction and death all over the world, it is Iran and the Hezbollah that offers a new beginning.

Olmert knows very well that if Israel doesn’t win this war, it is global Zionism that is defeated, he knows as well that without the backing of global Zionism, Israel is basically a dead entity. Olmert knows that without America, it won’t take long before Israel turns into an historic event. Israel will have to win its mighty regional power status whatever it takes. Israeli is indeed in the very eye of the neo-conservative storm. And the Hezbollah is threatening something far greater than just the Jewish State. As the Israelis keep telling us, the fight in Lebanon will resume soon and every European leader knows it. Even now, they all know who is going to be the aggressor when violence spreads again in the region. They are all clever enough to hesitate about whether they want to send their soldiers to the region. They know that if Israel must win, it is better to stay out of its way.