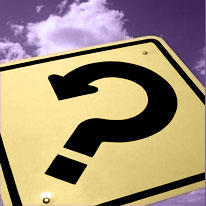 I will take this space to make you think about a question that has been asked so many times, we stop thinking that it is a question that can have more than one answere. It is still important and vital to the future of the Middle East, and the response should not be taken for granted by thinking people.

I believe that Palestinians should not "recognise Israel's Right to Exist".

My reasons are all very simple, but I will sum them up in a brief segment that comes from Alan Hart's book (Zionism, the real enemy of the Jews - World Focus Books)

The historic compromise required the Palestinians to recognise Israel inside more or less its borders as they were on the eve of the 1967 war and make peace with that Israel in exchange for the return of less than 23 percent of all the land that was rightfully theirs. Put another way, peace on that basis, to provide for Palestinian self-determination in a mini-state on the 23 percent of occupied land from which Israel would withdraw (the West Bank including Arab East Jerusalem and the Gaza Strip), required the Palestinians to renounce for all time their claim to the other 77 percent of their land.

That was the basic "land for peace" arithmetic of the historic compromise. And it was in accordance with the letter and the spirit of UN Security Council Resolution 242 of 22 November 1967, which Israel had said it accepted and would honour.

For Israel there was, however, a far greater prize on offer. There was something even more important than peace that Israel craved. It was the only thing the Zionist state could not take from the Palestinians by force.

The cover name of that thing was recognition, meaning recognition of Israel's "right to exist". The question I have never seen asked let alone answered in literature of any kind about the Arab-Israeli conflict is this: Why, actually, was it do important for Israel's "right to exist" to be recognised by Palestinians? The answer, which has its context in the pages to come, is this: In international law and because of the circumstances of its creation, Israel was NOT a legitimate state and therefore did NOT have the right to exist. In international law only the Palestinians - not the United Nations or any other earthly or heaveny authority - could give the Zionist state the legitimacy it craved.