“Are Jews speaking too much about the Holocaust?” ADL Poll 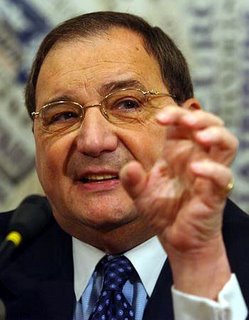 ROME—Almost one Italian out of two thinks Jews speak too much about the Holocaust. To be precise, the figure is 49%, according to the latest poll regarding anti-Semitism in Europe created by the Anti-Defamation League in 2005 and that has been divulged ahead of its official publication date to Repubblica by the UCEI , the Union of Italian Jewish Communities. This figure is an alarming increase if compared with that of the 44% of those interviewed who gave the same answer in 2004. In Europe, Italy ranks second, preceded only by Poland where 52% of those interviewed people express that today too many references are being made to the Shoah. Following Italy are Germany and Switzerland (48%), then Hungary and Austria (46% , Belgium (41%), Denmark (35%) and France (34%).

Yet, those ones who responded that only Jews were responsible for Jesus’s death are less than in the previous poll: 14% in Italy, 13% in France. The figure rises abruptly to 39% in Poland.

The poll - arranged in view of Holocaust Memory Day (27 January) - was made using a sample of 6 thousand people from 12 European countries (Austria, Belgium, Denmark, France, Germany, Italy, Holland, Hungary, Poland, Spain, Switzerland and England). An American agency, the First International Resources, carried it out in June, 2005 “in order to understand to what extent anti-Semitic positions are developing all over our continent,” says Alessandro Ruben, a Roman lawyer who is advisor to the UCEI and Italian chairman of the Anti-Defamation League. “If one takes a look at the figures,” he says, “the situation that is revealed is alarming to say the least, since analogous answers were given regarding the alleged Jewish influence on the financial and economic world. If one wants to understand the reasons behind such an aberrant thesis as that of Holocaust denial, these figures are a necessary starting point.”

In England, 28% believe that “The Jews still talk too much about the Holocaust.” The final question, asking, “Were the Jews responsible for the death of Christ?” – “is worrying only for the position of the Eastern European countries,” Ruben concludes.

Translated from Italian by Diego Traversa and revised by Mary Rizzo, members of Tlaxcala, (www.tlaxcala.es) the network of translators for linguistic diversity. This translation may be reproduced by citing the source and translator.