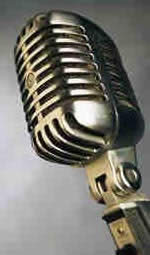 The discussion continues here on Peacepalestine, for those who are curious.... (although I recommend JSF visitors to wipe their feet before they come in, since Elf seems to think there is something slippery in this site, where we give space for the debate he doesn't see fit to host.... Mary)

Gilad writes:
First I would like to welcome Mr Rosen who was brave enough to leave his Jewish cyber Ghetto and to intermingle with us, a bunch of ordinary people. I suggest as well that we all be polite to the man and treat him with respect.

Thinking about it, it is Mr Rosen who owes us answers. As we clearly learn from his email correspondence with Jones, Rosen has never tried to substantiate any of his accusations. Rosen refers to some differences between the two versions of my article ‘On Anti-Semitism’. Indeed there are two versions of this article, but the differences between them are rather minor. The later edition includes one or two clarifications. I felt it necessary to add these clarifications because Rosen’s friends started to quote this article out of context, thus distorting its meaning. The entire chapter, namely the Elders of Zion scrutinises the Zionist role within Bush’s first administration.

It is rather clear that Rosen has never read the paper. With a masters degree in literature he should have been able to digest such a simple text.

Interestingly enough, Rosen asks for answers. I may mention that in the past I offered to address these questions: on JSF blog I posted my email, I offered an open debate or even a private meeting. It seems as if Rosen needed to be publicly humiliated before he could confront me directly. It is a shame.

Mr. Rosen, here are my answers.

Rosen: (What can you tell us) about a document usually referred to as the protocols of Zion?

Gilad: Not a lot: but I can refer you to another document that is far more relevant, it is called the Protocols of the Elders of London
http://jewssansfrontieres.blogspot.com/2006/11/atzmon-in-his-own-words.html

Alternatively, you can read about the Protocols of the Elders of Washington:
http://www.gilad.co.uk/html%20files/onanti.html
And now it seems as if ‘onepeople’ may be able to tell you and us all about Roland Rance ‘The Elder Of Wikipedia.’

Basically my argument is very very simple. With Rosen, Elf, Rance, Maccoby, David T, Harry’s Place, David Hirsh, the Neocons and the Eustoners, the question of whether or not the Protocols are a genuine document is totally irrelevant. You all serve us with a vivid glimpse into contemporary Zio- elder activity.

In other words, Zionists divert the attention the protocols in order to disguise the vast elder project you and your friends are engaged in.

Rosen: (May Gilad tell us something) concerning the nature or amount of power Jews have or seek to have in the world?

Gilad: This is indeed a big a question. However, as someone who was lobbying for a month pressuring the SWP , trying to tell them what they should do (without even being a member), Mr Rosen should be the one who answers this question.

You were performing as a proper Elder, acting as a Jewish lobby group putting pressure on a British political party. Yet, Mr Rosen, you were not very good at it. As you know the concert was a major success.

Anyhow, the facts concerning Jewish power are rather well established. A serious academic body of work focusing on the Israeli Lobby is available. Jewish influence within the Neocon movement is clear beyond doubt. Anyhow, in my work, I do not engage in conspiracy theories. Instead, I do suggest some different alternative analysis to address the issue. ‘The 3rd Category’ is my favourite one. It claims that the 3rd category subject operates within a network. Each member has a role, you, Rosen, act as a left fig leaf. I do not say that you are doing it intentionally but I do not exclude this possibility.

Rosen: (Gilad, what can you tell us about) the events often described as the Holocaust but also referred to eg the War against the Jews, judeocide, attempted genocide of the Jews, the Shoah - taking place between 1933 and 1945.

Gilad: Not much. But it really depends what is it that you want to know. I assume that you want to me to refer to numbers and gas chambers, the usual Jewish obsession. I will save your time. I do not care that much about numbers or about gas chambers. I am not a positivist or a historian but rather a philosopher. I am interested in the ideological implications and possible ethical lessons. I ask, for instance, how is it that people who suffered so much inflict so much pain on others?

Gilad answers: Again, the question of who killed Jesus is irrelevant and this is what I maintain in my writing. The far more interesting question is who is killing Jesus now! I ask, how come Rosen, a poet, is concerned with this question in 2007? My answer is simple. Those Jews who are concerned with the question are those who may be engaged in a very similar crime today. Zionists kill innocent Palestinians. Rosen and Friends are trying to kill the enemies of the ‘Jewish tribal socialists’.
Again it is all there:
http://www.gilad.co.uk/html%20files/onanti.html

Rosen asks: (Do) any of these four points have (something to do) with Israel's existence/actions?

Gilad answers: Certainly, since Israel presents itself as the Jewish State. The notions of: Jewishness, racial brotherhood, crypto Zionism and 3rd category fig leaves are all immensely crucial.

The reason that you and your racially orientated comrades fight me is not because you care for the Palestinians or the solidarity movement, but rather because it is yourselves whom you try to save. The issues I raise reflect very badly on you.

Rosen asks: How GA views the works of others, eg Eisen, Shamir and Zundel.

Gilad: Though I changed my views about many things, I am still convinced that Shamir is one of the most gifted commentators. Shamir is a major contributor to the Israeli/Palestinian discourse. I may have some significant disagreements with Shamir, yet, I am against any form of censorship and this obviously includes you as well. The fact that a poet and a Jewish tribal leftist fails to recognise some serious intellectual gift is rather concerning, that fact that you, Rosen, fail to see poeticism in Shamir is nothing but disastrous. Nevertheless, it doesn’t take me by surprise. As you know, the Israelis do not listen to Wagner.

Having known Eisen for six years, I am fully convinced that Eisen is one of the most dedicated solidarity activist acting in the UK. I am always touched by Eisen's writings and insights. Eisen is one of the most genuine people I have ever come across. Being an artist, I indeed prefer by far people who speak their truth like Eisen to a tribal Jewish family entertainer who makes a career speaking about tukheses and grepses.

Zundel: Zundel is very much irrelevant to my activity. I have never written about his work at length. I referred to him in one of my papers. However, I may mention that I am against any form of thought policing. I am totally against Holocaust denial laws. I believe that history must be revisited and revised continuously. Unlike Lenni Brenner whom I appreciate and learned a lot from, I do believe that every human being is entitled to human rights. This includes people in the: right, Zionists, murderers, and even crypto Zionists.

Mr Rosen, in case you do not know: to be human is to see the human in the other.

I know that this may be just a bit too much to ask from a Yiddish joker. But you see Michael, I have left the clan a while ago. I am an ex Jew. I believe that people can be human even if I don’t agree with them.

p.s. By the way, I am truly happy that you popped in for a visit. I would like to make you feel at home. And this doesn’t necessarily mean that we have to agree on anything.