Oy oy oy and a bottle of rum!- a Jolly, Salty Tale by Cap’n Jihad and the PePaMates 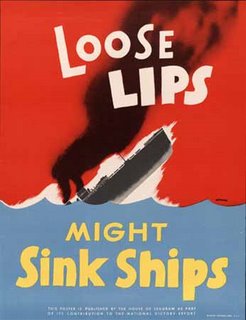 The Sinking of The Prinz-Rozen - One brave Yiddishe battleship in Goy-infested waters.

She was the pride of the fleet, the good Yiddishe ship Prinz-Rozen - a true star of David.

Now, as every old salt knows, in stormy weather a flagship should stay in dock. But, under the new command of Captain Isakovsky, The Prinz-Rosen yearned to sail to far-off lands, she wanted to taste the sweetness of adventure, to smell blood and to make sacrifice. So, early one winter morn, The Prinz-Rozen set sail from Port Jews-For-Whatever on her maiden (and only) mission. However, luck be not with the lady, for once in open waters The Prinz-Rozen was to learn, aye mates, how true it be, just how deep is the ocean.

In Sea-Shanty Mary's lagoon we waited. Midshipman Eisen, telescope to eye. First-Rating Atzmon watching and waiting on the gun-deck. Bos'un Onepeople watchful on the bridge, Quartermaster Rowan in the Galley, Falasteen Son up the Mizzen, Second Lieutenant Gillespie on signals, Able Seaman Rej at the Mainmast, Ship's Doctor Trouvere in the Foc'sl and of course, at the Helm, old Cap'n Jihad himself, singing:

“Aye! The battle not long did it last, the minute The Prinz-Rozen revealed its mast, into history its fate would be cast, for the lure of defeat was so near. The old Prinz-Rosen was simply too old and too heavy, its ghost crew, shaking with fear.”

After so many years of effortlessly ruling the waves, too slow and too lazy was she. Cannon she had a-plenty, gun power she had to spare and, as for ammunition, she had far, far too much. Indeed, The Prinz-Rozen had the firepower but had not the will.

Meanwhile, back with the fleet Grand Admiral Elf realised the scale of the looming disaster and rushed HMS Pants and Destroyer Greenpiss forward to engage. But Pants was one old battleship – she lacked the will to engage and Destroyer Greenpiss fires every which way but never seems to land a blow. For a short while these two circled around the Prinz-Rozen like a dog trying to catch its tail - never daring to engage. Then, at the first whiff of gunpowder they ran for their lives. Finally, all that was left was the the old Admiral himself - Grand Admiral Elf - the one-legged Yiddishe Piraten with Real McCoy-Be his Hebrew-speaking parrot on his shoulder - viewing the battle from the safety of his leaky command post.

Everyone could see that the great Prinz-Rozen could last no longer. Firing in all directions, still she could find no target. In her death-agony she panicked. From our main deck we gazed at her dying majesty. We looked at her, I tell you we even felt for her, for her vanquished pride. We wanted to free her of her agony. We wanted her to be finally as free as she always claimed to be. If only she would raise a white flag and surrender with honour then we could save her, then we could care for her. But The Prinz-Rozen under Isakovsky's command was begging to be sunk. Craving for one last moment of dignity, she begged for a heroic death and, in the end, in an act of mercy we sent her to the bottom of the ocean. As the sun slowly set and The Prinz-Rozen just as slowly sank, we gazed in wonder. From one to the other we looked, and from one to the other we asked, "Why? Why did she come? Why did she stay? Why did her comrades not come to her aid?”

Ship-mates, there was but one survivor. As the great ship sank beneath the waves a small boat was seen with a sole figure rowing furiously for land. It was the Captain of the ship Isakovsky. The battle may be over but the war is not.

Yet, in spite of the odds, peace may prevail.