Gilad Atzmon - Being and Time PLUS - Introduction by Manuel Talens 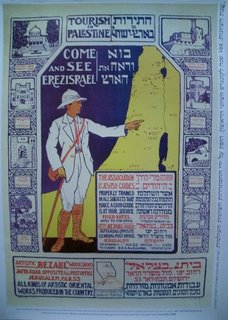 Manuel Talens, Spanish writer, translator and intellectual has added this meaningful introduction to the Spanish version he translated for the Spanish-speaking world's major alternative site: Rebelion

In this brief essay Gilad Atzmon takes one more step ahead in his indefatigable task of deconstructing the Zionist enterprise. Atzmon, who already individualized with success the concept of "Jewish identity," enters here in psychoanalytical and philosophical territories of clear Freudian and Heideggerian parenthood, to contrast the ontological impossibility of homo sionistus -- whose ethical flourishing is impossible as it is based upon the spoil of a territory and the slow extermination of its proprietors, and who therefore must relay on a hypothetical Becoming projected toward the future, -- and the palpable ontological reality of the Palestinian people who for hundreds of generations -- the past -- has created deep roots into the earth of its predecessors -- its ancestral Pacha Mama -- through which it drinks the sap of life. This is exactly the fundamental difference between the Zionist lie and the Palestinian truth: Palestinians don't need false identities to indulge in Becoming nor to acquire genuineness, as Zionists are obliged to. Quite simply, Palestinians have Been, are Being and will Be. The reader is invited to meditate each one of the sentences on this engine of significants written by Gilad Atzmon. The result is enlightening.

Being and Time, Jewish Political Discourse and the Palestinian Struggle

The political man kills his father.

I am not referring here to the Oedipus Complex, nothing libidinal. He is not jealous of his father, for you see, he doesn’t like his mother either.

This metaphysical murderous tendency applies to the left and to the right as well; to the Zionist and his opponent, the so-called socialist 'anti-Zionist'.

The rightwing Zionist is there to execute his Diaspora Father.

The leftwing anti-Zionist is there to eradicate Father Lord.

They both kill their fathers. They want to join a new family, a better one, so to say.

For the Zionist it is the Nation that becomes his new family. He wants to become a Nation like other Nations.

For the leftist anti-Zionist it is the ‘working class’. He wants to be a man like other men.

But they both fail.

Rather than just Being in the world, they indulge themselves in Becoming. They insist upon Becoming that which they aren’t.

Looking at it from another perspective, the Jewish political discourse, with centrality as Jews, is all about forgetting the Being. The political man specialises in the erection of phony authenticity.

****************************************************
Ideology can be realised as a resurrection of motherhood and the elevation of fatherhood, the revival of the soil (motherland) and the renaissance of the soul (fatherland). Zionism, anti-Zionism and Jewish politics in general are the abolition of all that. The modern political man denies the soil and the rejects the soul.
The Soil, rather than being ‘here and now’, is occurring in a faraway land (Zion).
The old soul: God, the spirit, is to be dismissed for being non-material. ‘Opiate of the Masses’ he calls it.
Ideology can as well be understood as a relatively new intellectual framework that lets the past form a logos, a principle that shapes the vision of the future. Yet, within the Jewish political discourse, time is in constant disintegration.
For the political man, it is the future that forms a past.
Rather than ‘the past’, an abstract notion, for him it is ‘a past’, a lucid chain of isolated events selectively chosen.
Jewish political discourse reveals itself as a crude attempt against history and historicism. It prefers the notion of ‘the best of’, it picks and chooses only very selected historical chapters.
Within the Jewish political discourse, history is rather a set of sealed events i.e., axioms.
For the Zionist the Bible is an historical axiom (a land registry). Anti-Semitism is another axiom.
Together they form the epos of return.
For the socialist anti-Zionist, it is the emerging of Working Class Politics together with the rise of Nazism that are the keystone to understanding a past. The holocaust is an axiom. It serves as a point of departure, a sealed and isolated tale of destruction.
Jewish History is unique amalgam of precious events sailing confidently in an ocean of blind spots.
The Jewish political narrative, both left and right, is a chain of fake slogans.
The Zionist fakes the love for Eretz Israel while destroying it and its indigenous inhabitants.
The leftist anti-Zionist, fakes love for the working class (all the way to the bank).
They both love ‘a past’, they both resist the notion of ‘the past’.
*********************************************
The above explains why political Jews (both Zionists and anti-Zionists) will never be able to grasp what the Palestinian cause and the discourse of liberation are all about.
Palestinian liberation is all about soil. It is all about soul. It is about holding your Grandfather’s door key for 6 decades. It is about real sacrifice, it is about the real pain that is rooted in an organic past that is not really different from the present or even the near future.
While Jewish political discourse is all about conveying the image of a new Becoming, Palestinian resistance is all about Being. Being who you are, craving the soil that is rooted in your soul like an olive tree.
Palestine is the true homecoming.
Palestinian resistance is indeed the revival of the soil and the resurrection of the soul.
To be Palestinian is to find oneself at the forefront of world struggle for liberation. To be a Palestinian is to be what the political Jew has been dreaming about being but never has been.
To be a Palestinian is to be human.
Unlike the Jewish political discourse that is obsessively engaged in a presentation of a virtual historical narrative of belonging and possession, Palestinians are the pre-Socratics of our time, they have never tried to set a narrative, their narrative is their present. They are the epic of creation and recreation. They are the Being, being in the midst of Being, they are as well the true Becoming of their true liberation.