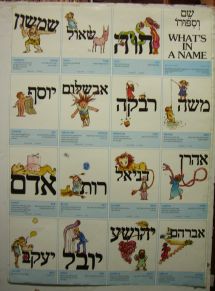 What matters is what the Palestinians do

David Ben Gurion, the legendary Zionist leader as well as Israel’s first Prime Minister, used to say: “What matters is not what the Goyim say, what matters is what the Jews do”.

A few days ago a group of Jews who may have been independent at one stage decided to gather and to form a new collective peace-loving humanist synagogue. They call themselves the Independent Jewish Voices (IJV). They are determined to challenge the hegemony of the Board Of Deputies Of British Jews (BOD). I am far from being a supporter of the Board of Deputies, in fact, I despise them. Yet, being a Jew by origin, I have never regarded this body as a representative of either myself or any of my so-called Jewish friends.

Furthermore, being a practicing independent thinker, I regard the BOD as a representation of everything I fight against. Yet, I do acknowledge that this body indeed represents the community of Jews in Britain. I do understand as well that the majority of Jews in Britain and around the world do support Zionism. This is indeed very sad and rather concerning. Yet, far more concerning, is the fact that IJV are not exactly against Israel or Zionism. Like the BOD, they do believe in the right of the Jews to live in peace in Palestine. In their favour it must be said that though they are in favour of the Idea of Jewish state, they want it to be different. They believe in the possibility of morally orientated colonialism in which the colonialists (those who live in Tel Aviv) and the ethnically cleansed (those who live in Gaza, for instance) live in ‘peace’ side by side.

On the face of it, an internal Jewish dispute between two Zionist synagogues shouldn’t really become one of the top priorities of British society. This debate should have taken place on the very yellow pages of the Jewish Chronicle. Yet, the IJV wanted to get the British public on their side. How did they do it? They have peppered their declaration with some humanist post-colonial terminology and planted the word Palestine in every other sentence. It quite important to mention that in the declaration itself the BOD is not mentioned even once. Palestine, on the other hand, is mentioned six times.

Out of the five principles presented by the IJV, three are dedicated to the Israeli-Palestine conflict. The author of the declaration must be aware that the British people are gradually becoming more and more aware of the emerging level of Israeli crimes against the Palestinian population. It is rather crucial to emphasize that while the IJV insists upon conveying an image of commitment to the Palestinian issue, they clearly refrain from any substantial ethical commitment to Palestine, Palestinians or humanism. The IJV do not extend beyond the Israeli Left’s Peace-Now rhetoric. Though, they refer to human rights, they clearly refrain from mentioning the Palestinian right of return. They are succumbing to the old leftist Zionist trick; they identify the entire Israeli-Palestinian conflict, as well as its resolution, with the occupation and its demise. This is obviously a lie and the authors of the IJV declaration are fully conscious of this lie. I would like to believe that more than a few of the IJV signatories are not aware of the sophisticated manipulative document they have signed on.

Once again, the truth must be said. The Palestinian cause is largely about the right of return and a solution to the refugee problem. Though the end of occupation is indeed a necessity, it won’t secure any peace deal. By avoiding the Palestinian cause, the IJV are guilty of dismissing the elementary rights of Palestinians to live on their own land. The IJV may momentarily score some points by taking the Palestinians for a ride while not committing themselves to their real cause. Unfortunately, such an ethical momentum that could be used as a general awakening for Jews was wasted on another exercise in a left Zionist fig leaf operation.

Learning from the success of Ben Gurion and his version of Zionism, I would like to make a suggestion to my Palestinian brothers and sisters. It really doesn’t matter what the Jews say, it matters what the Palestinians do. Fromthe looks of it, the decision to create a Unity Government seems like a positive step forward.