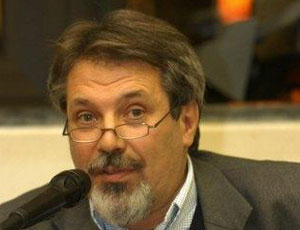 In the picture: Roberto Hamza Piccardo, of the UCOII

We have read again and again the news that regards the inscription in the Register of Investigation of the Public Prosecutor’s Office of Rome for Hamza Roberto Piccardo and Mohammad Nour Dachan: violation of Law 13 October 1975 n. 654, stating that they “incited the committing of violence and acts of provocation of violence for racial and religious reasons,” and because they spread “ideas founded on racial and religious hatred.”

We wrote that we put full trust in Italian institutions, and in the judicial branch, and we repeat: at the end of all this, we are certain, this case will reveal itself to be nothing but hot air. Yet, we remain perplexed, dubious and worried about the dangerous overhang, threatening for whoever participates in Italian democracy. That democracy was the fruit of many struggles, of martyrdom and suffering, and perhaps it has never been fully exercised.

Freedom of thought, of critique, of reasoning is a treasure that is far too precious to sell on the black market to whoever makes the best offer.

Piccardo and Dachan have expressed, each with different means, bitter opinions and sorrowful reflections on what was happening in Palestine and in Lebanon last summer.

Where is the malicious, inciting, provocative, damaging, racist intent? Where is anything resembling such a thing? It is truly difficult to understand.

Dachan tried to make the comparison in a way that was historically – and we repeat, historically – inexact, between the Nazi exterminations and the current ethnic cleansing against the Palestinians by the hands of the Israeli government. His reasoning must have been: “the Italian mass media are all, or almost all, on the side of Israel, no matter what its government is committing. For the massacre of so many Lebanese and Palestinian civilians, there is no space in the newspapers or in the News broadcasts, if not to tell the story of the reasons, the “defence” needs of the Israeli State. If this is so, let us buy a page in a paper and denounce the crimes that are now taking place. This is a way that people can be informed.”

In other words, “let us use communication, means of information”, to “let the Italians know” what information is being withheld from them. The Arabs, the Muslims don’t need such a page in a paper: there is an abundance of satellite TV, local, international, there are newspapers and so forth that report in a consistent way, with complete details, photos, videos, filmed reports, interviews, what is going on in the Middle East. The Arabic-Islamic world and the Muslim communities in Italy are aware of what is happening. They are well informed. It is the Italian population that is scarcely informed. At least, a very large portion of them. And it is to them that the insertion of the UCOII is directed, and we believe, also the reflections of Piccardo.

Arabic was not used, nor the “double discourse”, something that often the Muslim leaders in Europe are accused of doing. No. The pieces were written in Italian, so that they would be understandable to Italians and those young Arabs who have become Italians in every way.

Therefore, the “incitement to hatred” was destined to Italians, one must deduce. Not to a mass of immigrants, to angry Arabs.

Or perhaps they were only clumsy or amateur attempts – insertion of an advertising page – to reawaken the consciences that are slumbering in the sleep of reason.

A reason that is clouded by an “equidistant” policy to the most powerful (by choice, for treaties that are sixty years old, for elective affinities, or for whatever other reason) and by an information system that is often biased, lacking, incorrect, ever more embedded with the strongest, with the oppressor currently at the helm. Information that is far from the “last”, evangelically speaking, and very, very near to the “first.”

Piccardo and Dachan wrote what many were thinking: the Israeli government, not the Jews, is committing horrors, atrocities, immoralities that the entire world and History itself will be held to respond for. No matter what the President of the Republic Napolitano or the Malans or Stracquadanios (the last two, members of Parliament, who have deposited the denouncement to the Public Prosecutor’s Office of Rome) think. Many Jews around the world and many Israelis had denounced such crimes committed against the Palestinians and the Lebanese by the Israeli government. Are they racists too? Are they anti-Semites?

As far as the means of communication that was chosen, everyone chooses according to their own dialectic capacities and their relationship to the means of information. Perhaps it would have been better to leave the task of communicating the message to an expert and to not improvise. But, this is beside the point.

The matter that disturbs us, and we repeat, is the dangerous road that our freedom of speech, denouncement and dissent is taking. In other words, our very democracy.

One may share or not the things that others say or write, but it is essential that there is the possibility to express oneself, without insulting, without threatening, without slandering (without, then, falling towards the void the way we see in TV everyday during the ever more omnipresent trash TV).

Instead, no: whoever criticises and challenges the now present Dominant Thought – be they the dwellers in the area of the TAV (who protest the environmental impact of High Speed Trains), those against Mose (the dam near Venice), those who protest the enlargement of the USA military base in Vicenza, those who protest the war of the Bush Administration and the multinationals, or anyone else who still has the courage – yes, the courage, to denounce the war crimes of the Israeli government – and not the Jews, let it be emphasised – is considered to be a potential Terrorist. A threat. A danger that must be “controlled”, that must be monitored, kept on file, etc., etc.

Just as in the worst Orwellian predictions, Big Brother wants us to be enlisted like brave soldiers without emotional reactions, without thought, without principles – if not those that he passes off as those that are Just. Otherness, diversity, dissent that are considered to be ever more a threat to the status quo. To the system that is perfectly developed, in which the few occasions of “free speech” are in reality just the functional ones, like a bone that is thrown to a barking dog.

Translated from Italian by Mary Rizzo, member of Tlaxcala, the network of translators for linguistic diversity. This translation is on Copyleft and may be diffused as long as its contents remain unaltered and the source and translator are cited.

In English on Tlaxcala
In Italian: Hard Times for Humanity