here we go again, shifting focus away from Palestinians, that's what UK Anti-Zionist Jews do best 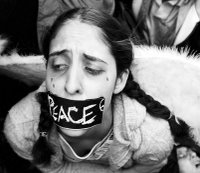 Comment is free has loaded itself with its weekly installment of very self-righteous individuals who tell themselves, others and the world at large (well, the thousand readers the blog gets, at least) that being members of the UK Jewish intellectual (sic) elite, they certainly know just what the important issues are in Pro-Palestinian activism. They are here to share their knowledge with the rest of the left.

This week's piece is by Tony Greenstein, unperterbed by the fact that I haven't yet responded to his request that I publish his 1,000 word essay on the new all Jewish group who has signed a letter (and not done anything else just yet, and perhaps isn't expected to), he recycles a paper that he's put on Ziopedia, Jews Sans Frontieres and I think some small UK based Marxist online forum. Well, it's not really a new article, it's the same recycled stuff he's been using for a few years now.... but, as we say in Italy, "tant'è..."

When I read Greenstein’s article I realised that Gilad Atzmon is right. “We must begin to take the accusation very seriously..." What accusation might that be? "that the Jewish people are trying to control the Palestinian solidarity movement."

It's all about what feels good for Jewish activists. It's about who they agree with, who they like, who comes closest to their own image of what a Democratic State for the Palestinian people is supposed to look like, and how to get there as well, with the help of big brother, the qualified heir of the Bundist.

Greenstein says: “Supporters of the Palestinian cause should have no truck with anti-semitism.”

Any ethical being will recognise without being reminded of it that all racism is wrong, and it would be a beautiful world if there was no such thing, but still.... Tony, (let me address you personally here) you are losing sight of the core issue, the matter that is at the heart and soul of activism for Palestinian rights. There is really one major issue that is the minimum common denominator, and that is that support of the Palestinian cause is simply to support the Palestinian people. This is why more than a few Palestinian solidarity campaigners initiated the ‘Palestinians are the Priority’ petition, a petition you yourself refused to sign. Perhaps the main reason is that it stated clearly that the Palestinians should not be dictated the actions they need to take, nor should they feel obligated (or those who put their energies at the service of their cause) to concentrate on issues such as Anti-Semitism, a phenomenon that they are not responsible for, nor one that is directly linked to their cause. I want to believe as well that every ethically orientated CIF reader will sign this petition. It was designed to clearly stress the fundamental focus on the Right of Return, redress of injustice and on service to the Palestinians. It also stresses the respect and honour of the Palestinian choice, while nevertheless it did take the liberty of reiterating our (as activists) desire for a State of co-existence, a single State that can be the home of Palestinians and Jews alike.

Again, Tony, you spend much of your energy in trying to denounce a group that is establishing memorials and events that commemorate the Nakba (the Palestinian deportation and exile) and propose awareness of it. The group that you most fear is an inter-faith, international, and inter-ethnic one, and besides you and your personal friends, it is greatly respected. You see that it is fitting to insult it and people who work to keep it active, including many Palestinians. Your fear and loathing for Deir Yassin Remembered is a common thread in most of your communications for years now. What may have escaped you is that DYR is neither a racist nor an anti-Semitic organisation. DYR events are probably the biggest gathering of Palestinians with their supporters in Europe and elsewhere. I am afraid that this is what Greenstein insists upon stopping. It is just as possible that on his journey to destroy DYR, he may even manage to bring the PSC down.

As much as Greenstein’s working class ideology is irrelevant in Palestine, his shallow motion for the PSC will secure his status as a crypto Zionist activist, as much as he hates and denies that title, his actions are reminiscent of the ADL more than any other group that comes to mind.

Half of Greenstein's post is based on the idiotic interpretation of Gilad’s Scotland talk:

“In his speech on November 22, 2006 to the Scottish Palestine Solidarity Campaign, Atzmon explained that it is Jewishness that is the problem. In a telling analogy, he compared Jewish anti-Zionists in the Palestine solidarity movement to exiled German dissidents in Britain during the second world war, i.e. outsiders and strangers.”

No Tony, you are wrong, the analogy is very simple and I hope that even you can understand it: To let Jews run the Palestinian struggle against the ‘Jewish State’ is as silly as expecting exiled Germans run the British war against Nazi Germany. It's got absolutely nothing to do with being “outsiders and strangers”. Moreover Atzmon doesn’t speak about exiled Jewish Germans but rather about Germans as a national entity. Once again, you let your Phobias lead you nowhere.

Greenstein, again and again, insists that it is a Jewish interest (the war against anti-Semitsm) that must be located at the core of the Palestinian solidarity movement. I am pretty astonished that Greenstein is blind enough to expose his Judeo-centric agenda. I am pretty sure that every Palestinian activist is clever enough to spot it.