Afghanistan/Association of Non-Violent Objectors: “Not in our Names!” 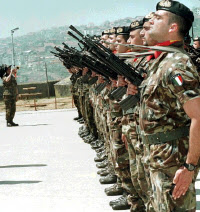 “Yesterday’s vote in the Italian Senate, which has paved the way for the refinancing of the military missions from Italy, especially the mission in Afghanistan, was done ‘not in our names’.” Such was the comment by Massimo Paolicelli, President of the Association of Non-Violent Objectors.

“The increase in military spending of 11%,” Paolicelli continues, “the confirmation of the project of attack fighter planes with the capacity to transport JSF nuclear warheads, the new USA army base in Vicenza and now the permanence of the failed war in Afghanistan of the Italian troops and the utilisation of mercenaries in Iraq, are the tragic result brought home by the Centre-Left government in less than a year, literally going against the program that it had called to Italians to vote on.

We are asking more than anything for the respect of Article 11 of the Constitution, violated in Afghanistan where a war is underway, where Italian troops participate together with those of the NATO. We are asking for the immediate withdrawal of our troops in order to permit a different kind of presence in Afghanistan, alongside the civil society and the democratic forces, who have been abandoned by the NATO mission. It is worrying that our Foreign Affairs Minister has a-critically cited, as the road towards reconciliation, the foreseen amnesty of the Karzai government, which has been accepted favourably by the warlords who are sitting in Parliament, but very strongly protested by the democratic forces of Afghanistan.

It is upsetting to see many of our Italian Parliament members who had demonstrated in marches in the past few years against the wars, without “ifs, ands, or buts”, but then leave their consciences hanging with their overcoats outside the halls of Parliament, and enter into the Hall in order to refinance Italian participation in a war, hiding themselves behind a finger – given that they support a some kind of proposal for a peace conference (that should take place after the Spring bloodletting) and some additional crumb dropped on the plates of cooperation. All of this is ‘not in our names’.”