The Jews of Teheran 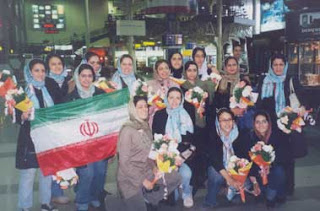 Flaviano Masella
Video
A voyage in the biggest jewish community in the Middle East. Rainews24 cameras have been exceptionally allowed in the schools, hospitals and synagogues of the Jewish people in Tehran. Nowadays, from 25 thousand to 35 thousand Jews live in the islamic Republic of Iran, the largest Jewish community outside Israel, according to the data provided by the community itself.

The majority of the Iranian Jews live in the capital: about 7 thousand people in Shiraz and some thousands people in Isfahan and the Jewish people consider themselves as the founders of these communities.

In fact, they settled there more than 25 centuries ago, when Cyrus the Great, king of the Persians, liberated them from the Babylonian slavery. But how is it possible to reconcile all this with the declarations made by the president Ahmadinejad who in hosted an international conference on the Holocaust in December 2006, adding that the Israeli stating that it is just a legend, questioning the truth on the Shoah and adding that the State of Israel should be wiped out from the maps? Is it just a provocation or a winking to the Palestinians? Is it another spark between the Muslim Shiite Iranians and the Sunni Palestinians? Of course Hamas said that the ideas of Ahmadinejad on the jewish people and on Israel were excellent, and their relationships improved after a considerable iranian grant to Hamas. The Jewish community in Tehran refuses any comment.

So far they have lived in peace with their muslim fellow countrymen and since the islamic revolution of Khomeini in 1979 they have benn enjoying the freedom of religion such as the Armenians, the Christians and the Zorohastrians. Moreover one of the 290 seats in the iranian parliament is reserved, by law, to a Jew. So while from the outside many people, including many Jewish people of iranian origin, compare the present situation of the Jews in Iran with that of the European Jews during the first times of the Nazi regime, the Jewish leaders in Iran reject this kind of comparison, outlining the fact that if on the one hand Ahmadinejad denies the Holocaust, on the other hand, the leaders of the Jewish community feel that they are protected enough and they say that they are not under pressure.