Azmi Bishara may be forced to leave Israel 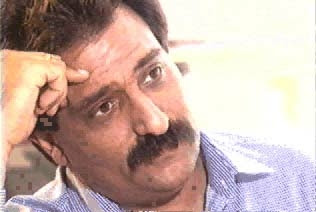 In few days, maybe by next Tuesday [my note: today], a known Arab-Israeli MK will have resigned and then he will be living abroad, as a result of the accusations the Israeli magistrates, relying on alleged evidence of “cooperation with the enemy” gathered by the Israeli secret services, would seem to be ready to pronounce against him.

The above was reported in Nazareth’s A-Sinnara weekly, without revealing the deputy’s name yet.

In the end of a session of Tajammo’s political direction - that took place in Jordan, where the deputy has gone several days ago - Bishara has decided that he isn’t coming back until the Israeli magistrate’s intentions are clear.

It’s foreseeable that the Arab-Israeli MK will be stripped of the Parliamentary immunity once again, just as in 2001, when he was charged with addressing a speech in which he urged the Arab States to take a firmer stance in support of the Palestinians from the Occupied Territories and with arranging journeys for Arab-Israeli families who wanted to visit their refugee relatives in Syria.

The details of the accusations that are now being made against him aren’t on record, yet, during the last two years, Bishara was repeatedly accused of keeping “suspicious contacts” with people in Syria and Lebanon, countries where he often goes in order to attend conferences and lectures and that are regarded by the Israeli law as “enemies”.

The speeches he makes around the world are regularly recorded and analysed by the authorities so as to check possible expressions of “strong” support in favour of the Palestinian resistance against the occupation.

He’s been also accused of shaking hands with “hostile” Arab personalities and of appearing in some photos along with Hezbollah’s leaders.

According to rumours, the security services are expected to have records of phone talks between Bishara and some leading members from Hezbollah, among which is General Secretary Hassan Nasrallah himself, which came about during the days of the devastating Israeli offensive in southern Lebanon and the katyushia rockets being launched against Galilee.

Fundamentally, Bishara would seem to be accused of keeping contacts with the enemy during wartime. Yet, it looks quite improbable that Nasrallah, Israeli air force’s target, hidden in a secret place under very strict security measures, might have phoned during the war (phone lines, not least the mobile phone ones, are a formidable means in the secret services’ hands to find people) in order to engage himself in conversations with Bishara who is, in turn, kept under constant surveillance.

Bishara has been an MK since 1996. Philosopher, political analyst (his articles are published by both Arab and Western papers), former Communist activist and then founder of Tajammo progressive party, he has become one of the main beacons to the Palestinian Israeli minority (1.5 million people, 20% of the entire population) in recent years.

Brave spokesman of his people’s wish for equality and supporter of the rights of the Palestinians living under occupation in the West Bank and Gaza, Bishara even stood as candidate for the Premier office in 1999, founding his agenda on the transformation of Israel from a Jewish State to a “bi-national State for Jews and Arabs”.

He has always called for the recognition of the Israeli Palestinians as a “national minority”.

In 1992, Bishara joined the group of Arab and Jewish politicians who put forward the “charter of equality” in which they claimed the proclamation of a “secular democratic Republic” where no discrimination between citizens should happen.

The Israeli right and, to some extent, the centre-left, consider him as a “threat” for the State’s security. He defines himself as a political leader who limits himself to expressing his own opinions.

Translated from Italian by Diego Traversa and revised by Mary Rizzo for Tlaxcala and peacepalestine.