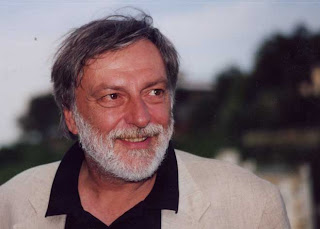 “There are villainous accusations that I thought from one moment to another the Italian government would respond to, saying, ‘what the hell is this person saying?’” Gino Strada affirms, referring to what the Afghani secret services are claiming, that is, that Rahmatullah Hanefi had played a role in the kidnapping of Mastrogiacomo. “Since no such words arrived,” the founder of Emergency added, “I would then like to remind all the listeners that Mr Rahmatullah Hanefi is the person who, by request of the Italian government, during the time that Torsello was held hostage, decided to pay a ransom of two million dollars, he took the two million dollars and brought them single-handedly by car and then brought Torsello to the secret service agents who were waiting in a house, seated calmly around a table.”

“After that,” Strada continues, “I don’t give a damn if the Ministers lie, thank us… I don’t give a damn. Emergency doesn’t want thanks from politicians. It is rather sickened to death by politics. But this is Rahmatullah Hanefi. He is an honest person, one of our own, one who does things. When the issue is to save someone’s life, then the Italian government should be ashamed of itself to have not made a declaration one minute after this infamy brought against the man by that other throat-cutting government, foreign agents that we are there to support with a million and a half Euros a day only to support the military troops there.”

STRADA, THE GOVERNMENT PAID FOR TORSELLO’S FREEDOMROME – The founder of Emergency, Gino Strada, said yesterday to Sky TG24 that the Italian government paid two million dollars to obtain the liberation of Gabriele Torsello, the photo reporter taken hostage in Afghanistan by the Taleban on 12 October 2006 and liberated on 3 November. Hanefi was the mediator of Emergency for the liberation of Daniele Mastrogiacomo and who, arrested by the Afghani secret services, is not accused to be implicated in the kidnapping of the reporter of La Repubblica, his driver and the interpreter, both of them decapitated. “It was this absolutely villainous and unfounded insinuation that Rahmatullah actually had something to do with the kidnapping,” Strada said to Sky TG24, “I would have expected an immediate declaration from the Italian government after that, saying just who Rahmatullah Hanefi is, about how trustworthy he is. The Italian government knows it well because during the most recent case of an Italian hostage, the Torsello kidnapping, Rahmatullah Hanefi was entrusted with not our money, but that of the Italian government, exactly two million dollars, to bring to the persons in order to have Torsello released and brought to safety. How many people know, those in the government, that with two million dollars one just might take the road to the left or the right and disappear once and for all? Rahmatullah did not disappear. We are asking one thing only from the Italian government: that they give us back Rahmatullah Hanefi. We don’t want any thanks from politicians,” the founder of Emergency concluded. According to the spokesman of the Afghani secret services, Said Ansari, Hanefi is said to have consigned Mastrogiacomo, his driver and his interpreter to Haji Lalai, a collaborator of Mullah Dadullah, the military commander of the Talibans, in the district of Sangin in the province of Helmand. The driver was then decapitated right before the eyes of the reporter of La Repubblica a few days after the kidnapping, while Adjmal Nashkband, the journalist who was his interpreter, was beheaded yesterday morning.

POLEMICS BETWEEN AFGHANI SECRET SERVICES AND EMERGENCYThe spokesman of the Afghani secret services, Said Ansari, accused the Afghani director of the Emergency Hospital of Kabul, Rahmatullah Hanefi, currently imprisoned by them, to be involved in the kidnapping of the Italian journalist Daniele Mastrogiacomo and of his two collaborators. The Afghani news agency Pajhwok refers this information. Ansari specified that Rahmatullah consigned the hostages to Haji Lalai, a collaborator of Mullah Dadullah, the military commander of the Talibans, in the district of Sangin, in the southern province of Helmand. “I am sick of it,…” states the founder of Emergency to ANSA (Italian news service) “of hearing hoodlums, throat-cutters, assassins and delinquents put in circulation such calumnies.” Strada isn’t even slightly convinced of the idea that such accusations that come from Afghanistan might have an element of truth to them.“They are a band of assassins,” he repeats, “the same ones that our government has given fifty million Euros to in order to set up an Afghani justice system.” Concerning the next moves of Emergency, considering the events, Strada is making no statements. “We will think things over and make our evaluations,” is all he says. Even if in the past few days he has prospected the hypothesis of abandoning Afghanistan if Hanefi is not liberated.
Translated by Mary Rizzo for Peacepalestine and Tlaxcala.