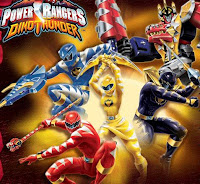 (editor's note) Mazin is one of the most committed peace and justice activists around. His voice, as always, is a voice of reason, wisdom and warning. If we don't look at things with two eyes open, and with a critical sense, we can't ever escape the cycle of violence and madness. Here are his views on the coverage in the US mass media of the massacre in Virginia. He strongly criticised one of my "bitter enemies" Haim Saban (see my presentation of the Deconstruction of Condi Rice at his Pro-Israel LoveFest) I can only second Mazin's thoughts.
Original article

Two issues jumped at me in the media coverage of violent events recently: the terminology and lack of context on violence. Imagine if a student who happens to be a Muslim and/or Arab carried out the attack at Virginia Tech. Imagine the media frenzy that would have ensued to serve Zionist interests. The religion of the killer in this case was not mentioned. While it was mentioned that he is Asian/Korean no one used terms like Korean Terrorist or Asian Terrorist, let alone Christian Fascist or Christian Terrorist. But such language as Islamofascist or Arab Terrorist is now so common and no talk show (let alone government official) is censored or fired for using them.

Does anyone doubt that the interview with the gun dealer would have been very different had the killer been an Arab or even Middle Eastern looking? This is part and parcel of the same mentality that holds that elevates certain victims while dehumanizing others.* The hypocrisy is astounding. While few mumbled things about gun control, few dared to challenge the culture of violence that is promoted at the highest levels of this government, in the media, in Hollywood, and in just about every segment of public discourse in America. To the detriment of our economic and physical well being as taxpayers and citizens, the racism that begets violence is increasing thanks to the influence of those who unabashedly work to make America into the image of racist Zionist Israel.

The largest single donor to the Democratic Party is an Israeli by the name of Haim Saban who became a billionaire peddling violent video games (e.g. Mighty Morphin Power Rangers**) and promoting violence in his ever-growing media empire. I think people will begin to see that this horrific violence at Virginia Tech cannot be separated from the violent and racist lifestyles that many lead without even knowing it (games they play, videos they watch, talk show they listen to, movies they attend). It is this normalization of violence and racism that allows people to ignore the role of our government in the violence that resulted in the continued ethnic cleansing of Palestine (70%) of Palestinians are now refugees or displaced people) and the violence unleashed on Iraq and Afghanistan. It is the same ideology of racial superiority that informed US and Israeli collaboration for decades with Apartheid South Africa and the US war on Vietnam. Why is there little in our media bout the hundreds killed at Universities in Iraq** or the hundreds of thousands of Iraqi civilians killed thanks to a war of choice built on lies and deception?

Most US discretionary spending goes to the military (not even counting supplementals to pay for current wars on Iraq and Afghanistan). The US makes 70% of all the weapons in the world and is by far the largest weapon exporter. The so-called criminal justice system imprisons the largest number and percentage of any industrialized nation (nearly 7 million on parole/jail/probation) and employs 2% of the US workforce. Yet crime rates in America are higher than most countries. The toll this past week for these failed policies: 32 innocent lives lost in VA, hundreds of Americans murdered in inner cities, more young soldiers killed in Iraq, and hundreds of Iraqi civilians massacred. When do we say enough is enough: that racism promotes violence and that, as MLK said "injustice anywhere is a threat to justice everywhere."
*The Holocaust as political asset by Amira Hass, Haaretz
* *Media Monitors
**Blood on Textbooks