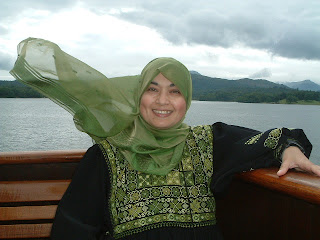 A letter, from the heart, to my Jewish Friends

People talk with liberty about Muslim extremists, and Christian fundamentalists; but they stop short of uttering the forbidden word "Jewish extremists".

We as people who desire justice, and long for peace; and we as human race can never achieve equality without applying the same criteria and standards for ALL; and that should also include any other ideology, not only religious one, but also we must acknowledge that there are secular extremists, and atheists fundamentalists, Marxist extremists… etc.

The other important point that should be recognized is the way the holocaust was "hijacked" by the Zionists, and became almost like an exclusive Jewish property, which we all know is not a true presentation of history or the truth of WW2.

Not only that it became exclusively Jewish, but there is an aura of holiness and sacredness that surrounds the whole subject, and shrouded it with reverence.

This can lead to some serious problematic issues; as it might appear to a non-Jewish observer as favouritism: "Jewish people get a special treatment, as they insist on demanding that the world must acknowledge their suffering as being unique, sacred, and special".

All humanity had suffered through history, recent, past, and ancient times.

People could also say –without fear of any accusation, blame, or criminalisation- that they don't like Islamic extremists, or Hamas, Hezbollah or Christian fundamentalists. But if you dare say that about Jewish fundamentalists, you risk being charged with anti-Semitism.

The Jewish left don't mind criticising Zionism, but they would have fits if you referred to Zionists as Jewish fundamentalists, Jewish terrorist, Jewish fascists, Jewish extremists – which, unfortunately - they are.

Why is that so?

What is it that makes people so extra sensitive, with a real blind spot when it comes to this issue? Why can't people feel free to examine and disagree with some aspect of Jewish life or Judaism like they do with all other ideologies? (Of course, as long as it is all done in an intellectual, academic mannerism, not in an abusive, insulting or ridiculing way).

Making these issues a taboo would force people to start questioning: With freedom of thought people doubt/question God, which for many is the Most Holy of all.

Can you see, dear friend, that there is so much hypocrisy and double standards in this?

My worry is that ignoring these issues by the Jewish left are very counter productive, and it would only raise other people's suspicion and discomfort –to say the least- with the special treatment that the Jewish people are demanding for themselves.

If Jewish people want to eradicate / minimize anti Semitism, they must firstly accept to be treated equally like the rest of humanity:

1) They must accept with tolerance any intellectual criticism of Israel as a Jewish state, to Zionism as a Jewish extremist ideology, to Judaism as religion. For this is what freedom of expression is all about, and all should be included; as long as this freedom is not used to abuse, insult, lie about, slander, or ridicule the other.

2) They must stop the claim of the exclusiveness of their "suffering" whether historical or more recent (the holocaust); for all humanity suffered through the ages and during WW2.

3) They must stop divining the holocaust making it exclusively Jewish, untouchable and beyond any scholarly studies, converting it into a sacred religion.

4) They must accept to live under the same umbrella of principles that apply to the rest of humanity.

The Jewish extremists (Zionists) believe/want the world to believe that the Jewish people are chosen, special, unique, light onto the nations.

The people of the world have the right to not believe that the Jewish people are chosen, unique, or light onto the nations, for ALL PEOPLE ARE EQUAL.

The Jewish left believe / wants the world to believe that the suffering of, and the racism against the Jewish people is unique; but all people suffered and still are, all people face racism and still are. The people of the world have the right to believe that the suffering of the Jewish people is not unique. Acknowledging the fact that anti-Semitism is one form of racism, and not a unique form of racism is very important too.

With all my love
nahida

this is Nahida's beautiful site