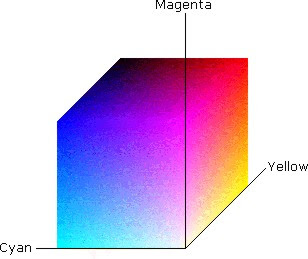 This article has nothing to do with Palestine, the Middle East, Iraq, Afghanistan or any of the other articles this blog deals with every day.

I decided that just for a diversive, I wanted to share with those who visit the blog an interview with one of the world's finest intellectuals. Not only is he probably the maximum expert on colour theory, his ideas are responsible for many of the things we take for granted, such as green clothing being used in operating theatres, or tinted lighting in supermarkets, or the colours that are used in communication on streets. I translated this article back in 2003, and the contents of this interview are quite earthshaking. It might change the way you look at the world that surrounds you.

"There are as many answers as there are professional environments that have the issue of colour as integral part of their being. From a psychological point of view, for example, I can say that colour is the psycho-sensorial equivalent of the dominant wavelength. It is a transformation of a physical stimulus into a sensory reception, which becomes perceptive and lastly evaluational. In the medical field it would be one thing, in the literary field something different again. A definition of colour is always relative to the environment in which it is found. Colour is a specific visual experience that depends upon the product of four factors or variables: from the characteristics of the illumination source; from the characteristics of the object that is being illuminated; from the characteristics of the observer or the detector; from the spatial, temporal or cultural context in which the observation is being made. If even one of the first three variables is missing, there is no colour; the fourth could modify, but not nullify the perception of a colour. In general terms, there should be a distinction made between colour-idea and colour-phenomenon; one could say, in an almost paradoxical manner, that green is not a colour. But I prefer to say: a light green, a dark green, a saturated green, that is a colour. Green is an idea of colour. If then this pure idea is contaminated with another variant - a grayish green - then we are plummeted into an existential situation".

It's surprising, that which you are saying. All of us see colours, we are seduced by them.

"Yes, it's true, colour is seductive. Colour can give us information about the infinitely small to the infinitely large: from the micro to the macro to the mega. With colour we can know what elements are present in a celestial body. The same way in which quarks are organized, although not being coloured material, is the same manner in which colour is organized. Colour blocks, it hides, but it reveals as well".

Could you explain what you mean by this?

"We know the appearance of the world through that which the world refuses and rejects. We know it in negative. The objects selectively reflect the so-called "white light". One part gets absorbed, and we are not able to see that, one part is reflected, and that is what we see. This is a epistemolgical problem that is often ignored. There is something analogous in language: we formulate sentences in negative, yet in our daily exchanges we are able to exchange information, we understand one another. With colour we are seeing the world in negative.

Yet colour is presented as a primary quality of objects?

"When we see the green of our balconies, we say: those leaves are green. It is not true, we see them as green, but in reality they are internally red. If we could see the light that enters into them, absorbed, objects would be the colour opposite of that which we see".

So colour is appearance…

"It is a phenomenon. It is a product of our cerebral activity. Outside of us there is no colour, but only electromagnetic radiations that interact with material that is then transformed into chromatic evaluation. The fact that we judge the world from a visual point of view, not by knowing the world as it is, but its contrary, is fascinating to me".

You are saying colours don't exist?

"When no one is looking at them, no, colours do not exist. Colour enters into the world in the morning and exits in the evening. Our gaze is that which makes them fecund. We can also say this: colour hides the tragedy or the catastrophe of the edges of things".

But you still have not explained why we are seduced by colour.

"Colour greatly enriches the variety of phenomena. There are cultures that refuse it precisely for this reason, preferring form, for its constancy as an object, while colour is variable, impossible to grasp. Colour is a property of light, and light is always identified with life itself. Nature prefers light as its means of communication, because in regards to all of the other parameters such as gravitation, pressure, polarization present in the world, it possesses instead of two or three, four dimensions: quantity - the same colour can be more or less intense; quality - the variations of tint, that of the colour of the morning, of the afternoon, of the evening, of the night; periodicity, that is to say, time - that cycle of the day, of the seasons, of the year; spatiality - the position of the sun that produces shadows, the shadows move, the lengthen, accentuating in that way the impression of three dimensions".

You have often spoken throughout the years of the manners in which colour appears. What is this concept about?

"It's a characteristic that gives colour ulterior enrichment. The same colour, that is to say, the radiation of a determined wavelength, applied to different situations is experienced by us in a different manner. A recorder or a chemical or electronic registering device would not see any difference between a blue on cloth, on a flower or in the sky. It would always give the same response. For we humans, this colour, even though it contains the same exact physical characteristic, evokes impressions, emotions, behavior and participation that varies according to which of the three fundamental situations it is found: colour-volume, semi-transparent, like water; there the colour occupies the entire spatial element of the object: a body of water, a block of ice, a block of glass; in this case colour is everywhere yet no place at all. Then there is surface colour, that extends as a skin over the objects. In this case colour permits a good evaluation of the distances between bodies. Lastly, there is colour-film, that which is detached from objects, and this is the most pure and primordial experience one can have with colour. An example is the colour in a computer screen, that of the sky, of the post-images, of the colours of the spectrum. One doesn't know at what distance these colours are to be found. If we look closely at these three basic situations, we find the colours of the three great habitats in which we have evolved as a species and in which we move: colour-film is the sky, colour-surface is the earth and colour volume is the sea. There is a relationship between these three environments and our ecological formation".

What are the colours that leave the strongest impression?

"The colours that we prefer are those related to anthropological, cultural and evolutionary aspects, of age, social situations - it depends upon our habitat. If, for example, a population lives in a place where the prevalent vegetation is large leaf, where the colours are seen almost as transparency, yellow-green is exalted, a colour which I think is the most vital of all. The preference for one colour over another could also be induced by the suggested models. In spite of this, I would say that the emerging experience is that of colour-light. For a great deal of time colour has been prevalently experienced as colour-material. But with the imposition of electronic colour we are moving towards semi-transparencies, towards laminary colours, that of the objects that exist between the index finger and the thumb. When there are no more volumes, and no more surfaces; colour serves as a mediation between the eye and the hand".

You can see his drawings in the colour system site. The site is really interesting in that it shows all of the colour theories. I don't think there is another site that is quite as fascinating or complete on the argument. www.colorsystem.com