This is what Palestinians request! Summary of Ramallah meeting of NGOs 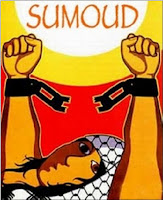 Summary of 18 April coordination meeting, Ramallah, Palestine among:
National and Islamic forces
Anti-Apartheid Wall Campaign
National Committee for the Commemoration of the 59th Anniversary of the Palestinian Nakba
National Coalition for defending the rights of Palestinian in Jerusalem
Palestinian NGO Network (PNGO)
Union of Arab community Based Organizations (Ittijah)

It was decided that the above will take responsibility for unifying and contextualizing national and popular activities related to::

* Commemoration of the 40th anniversary of Israel's occupation of the West Bank and Gaza Strip;
* Activation of popular resistance against Jewish colonies and the Wall;
* Defending Jerusalem against Israeli measures aimed at the “Judaization” of the holy city and its isolation from the surrounding Palestinian areas;
* Preparation and coordination of the commemorations of the 59th anniversary of the Nakba.

In this context, participants stressed:

First: The need for a firm stand on Palestinian national principles and UN resolutions, foremost the right of return of Palestinian refugees to their homes and properties in accordance with UN General Assembly Resolution 194, which is the essence and the center of the Palestinian cause and a sacred right which must not be prejudiced.

Second: That bilateral meetings between Israel's Prime Minister Ehud Olmert and Palestinian President Mahmoud Abbas achieve nothing on the ground, and the positions and policy of double-standards of the U.S. administration are completely rejected. Hence, the situation requires united pressure on the international community to convene an international conference and ensure that the Israeli government complies with international law and UN resolutions.

Fourth: A warning of the danger involved in engaging with Israeli demands and conditions for dealing with the Arab Summit initiative. Any agreement must end the Israeli occupation of the West Bank and Gaza Strip, provide for Palestinian sovereignty over the 1967 OPT, including the capitol of Jerusalem, and guarantee the right of return of Palestinian refugees to their homes.

Fifth: The need to provide protection for Palestinian refugees who face extreme forms of persecution, including arbitrary killings and expulsions, at the hands of corrupted militia in Iraq.

Sixth: Sincere gratitude to the British National Union of Journalists for their decision to boycott Israeli products in response to the crimes of the occupation against the Palestinian people. Participants stressed the need to activate the boycott worldwide and hold Israel to account for the war crimes committed against the Palestinian people and the peoples in the region.

Seventh: The dire need to address and resolve the state of chaos and lawlessness in the occupied Palestinian territories and ensure the rule of law, and to expedite the release of the abducted British journalist Alan Johnson.

Eighth: Solidarity and support of Azmi Bishara: the need to organize a broad popular campaign in Palestine and abroad to stand in solidarity with Bishara versus Israel's malicious campaign aimed at strangling him, his fellow activists and our people in 1948 Palestine.