Sherif El Sebaie – The Declaration of Values: Utopia and Mystification 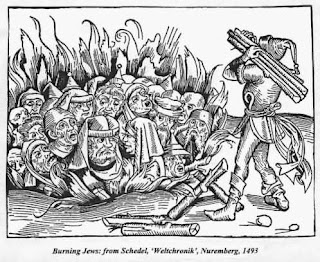 The Declaration of Values, Citizenship and Integration, written over the stretch of no less than six months by a “Scientific Committee” of the Internal Ministry of the Italian Republic, is marked by a mystification that goes far beyond the sections that are purely utopian – which have already been analysed in the first part of this paper (translator’s note, not yet translated into English) – of which it is composed. There is an enormous, gigantic, colossal historical mystification that is concentrated in the introduction of the Declaration itself:

“Italy is one of the most ancient countries of Europe that has its roots deep in the classical cultures of Greece and Rome. It has evolved in the horizon of Christianity which has permeated its history and, together with Judaism, has prepared the opening towards modernity and the principles of liberty and justice.”

The first imprecise element that this sentence contains is actually the affirmation “It (Italy, author’s note) has evolved in the horizon of Christianity which has permeated its history (…) and has prepared the opening towards modernity and the principles of liberty and justice.” On this point, I fully share the opinion of the “Impertinent Mathematician” Piergiorgio Odifreddi, as expressed in a recent interview for La Stampa, to promote the release of his Best-selling book, “Why we cannot be Christians (and even less so, Catholics)” from the publishing house Longanesi. “Our culture (Western, author’s note) grows and develops, if anything, in opposition with Christianity. Both for that concerning science and for that relative to politics, for example, democracy.” Whoever doesn’t believe this is urged to go to the cinema and see “The Inquisitor”, the latest film by Milos Forman, director of the unforgettable “Amadeus”, that transmits an image that is extremely vibrant of what “modernity, liberty and justice” owe to a certain vision of European Christianity.

The second imprecision, far more serious is that “together with Judaism”. A concept – one of the harmony of Christianity with Judaism – that is repeated like a refrain in the Incipit in the Declaration of Values. It is a sort of re-edition of “and they lived happily ever after” that is used to conclude fairy tales: “the geographic position of Italy, its Judeo-Christian traditions, the free and democratic institutions that govern it, are at the base of its attitude of hospitality towards other populations.” The Judeo-Christian tradition??? “The Constitution represents the watershed against totalitarianism, and against the anti-Semitism that has poisoned Europe in the 20th century and persecuted the Jewish people and its culture.” Anti-Semitism has poisoned Europe in the 20th century???

Here we come to confront a discourse that I have already investigated on several occasions: Judeo-Christian civilization, history, tradition, culture – call it whatever you wish –has never existed. It is an invention large as a galaxy, invented to serve political-ideological interests and it has no evidence in reality in any place at all, least of all within history. Christianity and Judaism have never coexisted either happily or fruitfully for a great number of reasons, starting with the accusation of Deicide. Anti-Semitism has not poisoned Europe only in the 20th century, but it has poisoned Europe in the arc of its entire history. And it poisons it still today, even if it is not very evident to the naked eye. And it is not the fault of the “Muslims”.

Peter the Venerable, an influential monk of Cluny (1092-1157), affirmed in Epistle 36: “Much worse and more despicable than the Saracens (today we would call them Muslims, author’s note) are the Jews, who are not far away, but live amongst us. With great liberty and audacity they curse Christ and the sacraments. God does not want them to be killed, but like Cain, to survive in a condition that is worse than death, driven into a torment that is greater and with worse ignominy. In fact, I do not say: let them be killed, but rather, let them suffer in a way that is suitable to their lowness.” If that isn’t Nazism, I don’t know what is… and to think that perhaps they will ask me to undersign a declaration that states that “the Judeo-Christian tradition” is at the base of its “attitude of hospitality towards other populations.” I certainly hope it is not this, the hospitality of which they speak…

The truth is that today there is an attempt to distort and undermine historical reality only for the ends of demonstrating the extraneousness of Islam and of Muslims compared to the European fabric. I don’t want to go into the issue of Islamic roots of Europe – and yes, they do indeed exist – in a country that praises the late Fallaci and her deliria. I have lost all hope of the day in which I can visit the exhibition “Venice and the Orient” set up in… Paris. Yes, Paris. Not Venice. It was then that I became aware at just how far away Italy is from an awareness of its debts to the Islamic presence that had settled on its territory and/or with which it has maintained commercial and cultural relations that extend back in the centuries: the techniques of irrigation, the new plants, scientific instrumentation, the first medical university, the artistic evidence in paintings and sculpture (bear in mind the pseudo-Arab lettering in the halo of the Madonna painted by Gentile da Fabriano in the Adoration of the Magi, or the sculpture of David (1473-1475) by Verrocchio) and in the Divine Comedy itself, the idea of which was heavily inspired – if not outright copied – from the Islamic tradition.

It is to annul or to cancel the memory of this inheritance, to negate the presence of the Judaic-Islamic civilisation, that on the other hand is historically verified, amply documented and artistically recognisable (in Turin we have a Synagogue in Moorish style and in Cairo there is a Synagogue that is decorated in arabesques with a typically Islamic taste) and to demonstrate that anti-Semitism is an exclusive property of the Arab world, that today they speak of “Judaic-Christian tradition” and they declare that “Anti-Semitism has poisoned Europe in the 20th century.” The incipit of that declaration could be signed by any immigrant who has come from the countryside of the Middle Eastern countries in order to earn a living through hard work in Italy by picking tomatoes, and for this reason has not had the fortune to acquire a modicum of general culture. But a learned immigrant, for love of historical truth, cannot permit this luxury, nor can he lower himself to such attempts to be bought and sold.

Sherif is an Egyptian-Italian blogger extraordinaire: his blog
Translated from Italian by Mary Rizzo, member of Tlaxcala, network of translators for linguistic diversity. It is on copyleft, and may be reprinted as long as the content remains unaltered, and the source, author and translator are cited.