Peace NGO Conference in Florence: A Fraud and a Mystification 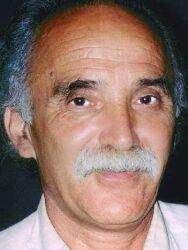 Yesterday, I was asked by an Italian journalist why the Alternative Information Center (AIC) is not participating in the Florence conference entitled “Peace NGO Conference.” I gave her two answers: first, because the AIC was not invited, which is not surprising, and second, because even if we would have been invited, we would have declined the invitation. There are two major reasons to oppose, or better—to ignore, the Florence initiative. The first one is related to its platform, the second reason to its very nature.

What mandate or what popular support allows Nusseibeh or Yasser Abed Rabbo to add compromises to the substantial ones already made by the official representatives of the Palestinian people? And to whom? To Israeli politicians who are not the government and will not, in the foreseeable future, be more than a fifth wheel in a right-wing government?

Only the elected representatives of the Palestinian people are empowered to make, at the table of negotiations, the compromises that they believe necessary in order to achieve freedom and independence. Not individual personalities who are not accountable to their people, and under permanent pressures of their Israeli and international friends. One may ask: “why do you care, if they represent only themselves?” The answer to that question was given, in the real world, throughout the Oslo process: in the eyes of the Israeli negotiators, the “individual compromises” were supposed to be the Palestinian starting point of the negotiations and when Yasser Arafat and Saeb Erekat came with the official PLO positions, and not Abed Rabbo or Nusseibeh’s “improved” ones, they were immediately considered as extremists who don’t really want to make compromises—kind of saboteurs of the peace process. The case of the Right of Return of the refugees, a fundamental demand in the PLO platform, is an enlightening example: according to many witnesses who were at the Camp David summit, the Israeli negotiators were really surprised and angry when Yasser Arafat raised “again” the issue of the refugees; they thought that the issue has been dropped by the Palestinians… because people like Nusseibeh had promised so! And indeed, in the Ayalon-Nusseibeh document (written after the fiasco of Camp David), the Right of Return is explicitly abolished.[2]

A conference based on a sell-out initiated by people who do not own what they are selling (at a very cheap price) is definitely not an event which justifies spending time and money. Moreover, it focuses the attention and the energies of many decent people away from what should be, today, their priorities.

The Florence conference is part of a long series of internationally sponsored initiatives to bring Palestinians and Israelis to meet and speak peace. Why is it extremely negative and dangerous? Because it is a typical example of escapism, when the reality is replaced by fantasies, and our real tasks by fake ones.

Israeli-Palestinian peace is not on the agenda, but rather occupation, colonization, repression and, concerning the northern front, a planned war, maybe as soon as the coming summer.

The struggle against occupation and colonization should be our central concern and the core of our strategies, not fantasizing imaginary peace plans, disconnected from any real peace process. Fighting against the real risk of a military aggression against Lebanon or Syria, raising awareness against the dangers of a major crisis with Iran—these are our duties in June 2007, not spending energies in writing peace scenarios.

Initiating peace conferences like the one being hold in Florence is not only out of focus, but also distracting attention from the real world and the burning duties which should be on our agenda: the settlements’ drive, the Wall, political prisoners, including many elected leaders of the Palestinian population, the dramatic situation of the refugees in Nahar el-Bared and Ein el-Hilweh, the attack on the Palestinian citizens of Israel, civil liberties etc.

On these issues, however, there is no agreement between the Palestinians and most of the Israelis who have been invited to the NGO Peace Conference. But isn't it obvious that these are the real concerns of the Palestinian people, and not the various paragraphs of the Ayalon-Nusseibeh document?

What to do now in order to change reality, improve the relation of forces and then to make possible, ultimately, the renewal of a peace atmosphere—that is the real sequence, and not the other way round. The real international peace movement, the one which mobilizes against wars and occupation, in Afghanistan, in Iraq, in Lebanon and in the Occupied Palestinian Territories, offers an alternative way to the one suggested in Florence: to coordinate a global campaign aimed to put pressure on Israel to end its politics of occupation and colonization, and to sanction its systematic violations of international law and United Nations resolutions.

Following the recommendations of the International Court of Justice, to call the international community to boycott the occupation, sanction Israel and divest, as long as the Palestinian people will not be allowed to be free in their own sovereign state. This is our alternative to the diversion of the so-call NGO peace conference.
(1) See the movie “Un plan de paix ne a Geneve” from the Swiss director Nicolas Wadimoff, 2006