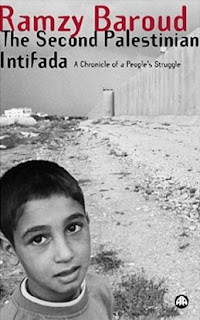 WWW.PALESTINECHRONICLE.COM
All my forewarnings have suddenly actualized, all at once: Gaza has descended into total and utter chaos; Abbas has capitulated to Israel and to the United States without a shred of reservation, and the Palestinian democratic experiment, which was until recently an astounding success, has been smashed to bits.

For years I have been warning of a civil war starting in Gaza. I had good reason to infuse my ominous prediction. I wrote about it my last book: The Second Palestinian Intifada. I warned in every media platform available that there are too many lurking hands working very astutely to ensure the demise of the Palestinian national project from within and without.

I urged Palestinians not to fall into rhetoric and to refrain from delving further into their slogan-inundated ways. I saw very clearly that the national fragmentation of the Palestinian national identity — an outcome of two combined realities, one stemming from the post-Oslo political culture, and another from the predictable harm of Israel’s endless physical boundaries between Palestinians: the Bantustanisation of the West Bank and the total isolation of Gaza — is almost perfected. I’ve toured many cities in many countries taking on Palestinian factionalism: "I am worried that Palestinians will reach a point where they no longer identify themselves as such, but as ideological and tribal extensions of actions and sub-factions." In recent months I became utterly belligerent — in the eyes of some — in my frankness. Not one public speech of mine would ever conclude without a few Palestinians abandoning the crowd, either Fatah loyalists furious over my chastising of Abbas, Dahlan and the rest of the clique for their corruption and deviation from the aspirations of their own people; or Islamists, angry for suggesting that Hamas shouldn’t act as sole proprietor of the Palestinian narrative or political discourse, despite their Parliamentary majority, but merely as a conduit for Palestinian constants and the will of the Palestinian people. My comments were not always popular: it ruffled many feathers, and more recently, it cost me my job.

The devastating embargo imposed on Palestinians after the Hamas landslide win in January 2006, didn’t produce the intended results. To the contrary, it greatly hampered the American ‘democratic’ experiment in the Middle East. Everywhere I have travelled since, I have witnessed a sense of giddiness, and a lot of hope being pinned on the Hamas’ political rise. It was resolved that Hamas had to be removed, and the Abbas’ Preventative Security Forces, riddled with corruption, was entrusted with the task. Mohamed Dahlan, the man of the hour, was given the Israeli and the American nod. His Palestinian ‘Contras’ wreacked havoc: kidnapping, assassinating and provoking endless fights. One can imagine what the impact of such meddling, knowing that Gaza is essentially a huge open-air prison. I was a prisoner there until the age of 21. I remember how people picked fights for no convincing reason; isolation, hunger, hopelessness lead to much more. The US and the EU took part of the recent Palestinian siege and embargo, and Israel’s bombardment never ceased, not for one day; Hundreds of besieged Palestinians were blown to shreds by Israeli bombs. Their only mechanism of defence was pathetic Qassam ‘missiles’ that killed a dozen Israeli in six years. Thousands of Palestinians were killed in Gaza during the same period. Gaza bore all the signs that warned of disaster; the civil war was looming, it was one assassin’s bullet away, one provocative statement, one kidnapping. The pressure Hamas faced as a result was insurmountable. But their dialectics were simple: the movement had reached the limits of political concessions; any more concessions would be considered a retreat from its political platform and could lead to fragmentation within its own ranks — fragmentation that was already being discussed in the Israeli media.

Yet the state of isolation from within — Fatah’s total control over the 10 branches of security apparatus —and from without — the US-led international embargo — were sure to weaken Hamas and eventually deprive it of its popular support.

The decision was thus made that Hamas must take its chances and push for what it termed as the "second liberation of Gaza." Now the situation is very bleak.

Hamas is in control of Gaza, and Abbas and Fatah arei n control of as much as Israel allows in the West Bank. This places Palestine’s destiny back in the US neoconservative experiment room: "This turn of events would free Abbas to focus on the much more manageable West Bank, where he can depend on the Israel Defense Forces to suppress challenges from Hamas, and on Jordan and the United States to help rebuild his security forces," according to Martin Indyk, the pro-Israel lobbyist in Washington, writing in the Washington Post, June 15, 2007. In fact, most American mainstream editorials and commentators are sounding the same message; they still refuse to see Palestinians as human beings, deserving of dignity, peace and security. Various Arab governments, the EU, the US and Israel are flocking to back Abbas: money, weapons and political legitimacy is heralded at him from all directions. The once irrelevant leader is now the darling of the international community; the sanctions are set to be lifted on his emergency government which he has appointed after sacking the unity government, an unconstitutional act by all standards. Israel is now pressure-free. Israeli officials cannot imagine a more satisfactory scenario. The new experiment suggests that the West Bank will be lavished with aid and Gaza will be starved further.

This is the pinnacle of injustice, and as always the US and Israel take centre stage in directing the show; but there is no denial: Abbas and his men are the true heroes here, and are already making their debut as the true and legitimate face of Palestinian democracy, one that is determined by Condoleezza Rice and Ehud Olmert, not Palestinians themselves; the latter are mere subjects for an experiment; and a brutal one, indeed.

Ramzy Baroud is a Palestinian American author and editor of PalestineChronicle.com; his latest book is The Second Palestinian Intifada: A Chronicle of a People’s Struggle (Pluto Press, London).