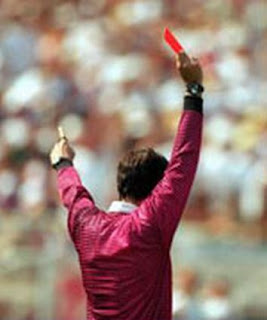 editor’s note: on the Jews Sans Frontieres blog, they have finally discovered an article that has been widely circulated on internet for many months now, on Peacepalestine, Tlaxcala (in 5 languages), Dissident Voice, Information Clearing House, Uruknet, Mathabanet, Middle East Online, Indymedia, Palestine Chronicle, Redress, Al Jazeera Magazine, ISM, Amin, Wasa Live, Bella Ciao and dozens of blogs, hundreds of forums and countless other sites in many languages. The extremely "late" discovery of this article has lead to a feeble attempt at labeling Gilad Atzmon – for the sake of variety – as a dangerous or mad anti-Semite. This is Gilad’s response to the post and the comments:

What a bunch of silly tribal Jewish ethnic activists you are,

My views are circulated all over the net, my books are translated into 22-24 (I lost count) languages not because I am a saxophonist, but simply because I have something to say that other people want to read. That is the way it works…I really think that maybe you’d better learn to accept it once and for all.

As you know perfectly well, my writings are circulated in the most interesting left circles. There must be some reason for it. I think it probably could be because I am one of the first to expose the ugly notion of Jewish political tribalism. I exposed and defined the notion of the 3rd Category Jew, i.e., Rosen, Elf, Greenstein as well as Sharon and Wolfowitz.

I clearly identify a line of ugliness that is stretched between Zionism, Neocons, and the Bund, a line of racially orientated discourse that is stretched between Jaz (a group that calls itself Jews Against Zionism) and ADL (a group that claims its aim is to “stop defamation of the Jewish people to assure justice and fair treatment for all”). Both of them are radical groups, radically oriented towards putting Jewish identity first. And what is Jewish identity? To those who have read my articles, it is more than obvious that I believe it has nothing to do with racial category (which I’ve never even dealt with in my writing) but rather with racially-orientated politics. That is the tendency which I obviously disapprove of, and over the years I’ve expressed the reasons why.

For my readers and myself, it is absolutely clear that every form of Jewish secular politics (no matter where they find themselves located, Left, Right or Centre) is based on racial orientation. This is quite simply and clearly NOT universal and wrong to the bone.

However, in the paragraph that Elf and others are attempting to dissect, there is not a single justification of the Nazi Judeocide. I am suggesting that the only way to internalise the meaning of the Jewish Holocaust is to teach Jews how to start looking in the mirror, to teach Jews to ask themselves why conflicts with others happen to them time after time. Rather than blaming the Goyim, the Germans, the Muslims, the Arabs, it is about time the Jewish subject learns to ask the 6 million $ question: “why do they pick on me?” The Jews who already doing that are known as self-haters, yet they are a million moons ahead of the Jewish tribal discourse. They clearly see the conflict between universalism and Jewish tribalism. And you had better start to believe it, the chasm is massive.

It is indeed easier to build some strange narrative in which 5 or 9 London Diaspora Jews are wonderful and the Israelis are a bunch of murderers. Yet, reality is slightly more complicated. As we can see in London for instance, all Jewish activism is totally racially segregated and JSF is a good example that demonstrates it. It isn’t any better than the Zionist cyber grouping either in style or in substance.

Unlike Elf, Rosen and Greenstein who believe that they are quite a lot better than other Jews just because they use a slightly different recipe for their Gefilte fish, I believe in a severe form of critical self-reflection. I insist upon finding the evil within. As you know, I am a proud self-hater, very much like Spinoza, Weininger and Jesus, yet far less gifted.

Unlike you righteous Jews, I would always start with myself, but somehow you are all intelligent enough to realise that my self-reflection exposes your Judeo-centric politics as a severe form of moronic self-loving.

Last night we were headlining a massive concert for Palestine in Nottingham, the place was completely sold out, 2 weeks ago we did the same for MAP at the 606 in London. Again it sold out 2 weeks in advance. We are now becoming a household name and you seem to become nothing more than a bunch of racially-orientated assholes.

I wish you luck. Don’t ever stop celebrating your revolting symptoms in public. Please don’t stop fighting me, you are the best glimpse into Jewish self-loving and Zionism in particular.

Editor's note: Talk about GATEKEEPING!!! What is really interesting is that they claim that "they want to understand", and I left on Elf's thread the link to this article. Elf came in to read it, obviously. You see, he wants to be able to have exposure to arguments and read things, but he has to shelter his readers, censoring a comment that is nothing more than a link so that they can read a post that is a discussion with them! I'd call this censorship of the worst kind. They should be able to decide for themselves whether or not they wish to read the article, but they also should not be treated as if they are mentally troubled, and that they have to be spoonfed information that others deem is suitable for them to see or not!

Playing for the Palestinians
Over 250 people attended a concert with saxophonist Gilad Atzmon’s ensemble in Nottingham last Sunday in support of twinning with the Palestinian city of Jenin.The show also featured Nizar Salameh, a fantastic Palestinian oud player. The concert went down a storm.

Gilad waived all his fees and donated all profits from his CDs sold on the night to help provide the funds for the twinning links, which are being used to support facilities in the main hospital in Jenin.

The concert was supported by the East Midlands region of the Unison union. A UCU union executive member from Nottingham has just travelled to Palestine to help develop links.
Richard Buckwell