Adib S Kawar - No one can claim both land and peace 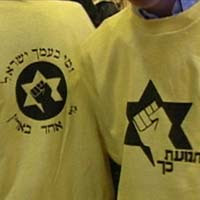 In response to a letter to the editor in the NYT, Adib S Kawar offers a very reasoned response. Too bad the NYT doesn't like to print the truth. So here it is!
RE: So Much to Juggle in the Middle East (letters)
letters@nytimes.com
Dear Editor,
Re Bruce Dov Krulwich's letter to the editor, he who lives on a land stolen from my people in general, and probably on my own private property in particular, said, "… but misses the pain felt by Israelis on the subject..." and proceeds to write, "If America or anyone else can persuade the Palestinians to stop the rockets and commit to peace without violence, Israelis will be more than happy to take steps toward peace. But it must be true peace, not peace with rockets", noting that this rogue state is practicing state terrorism on the indigenous population in all occupied Arab land and beyond that.

1st, Israel rejected all Arab peace initiatives including the Arab League initiative given a few years ago during the Beirut Arab summit (Land for peace).

2nd, Let's for argument's sake say they had a right to what was given to the Jews by the 1949 partition plan - 55% of historic Palestine, they exceeded that to occupy 78% of the land.

3rd, In 1967 they occupied the remaining 22% plus the Golan Heights and the Sinai Peninsula and 10% of Lebanon for 20 years and only vacated South Lebanon and the Gaza strip as a result of armed resistance to its occupation.

4th, Zionists are still in the West Bank, the Golan Heights and a part of Lebanon, and they are continuously proceeding with their colonization, and meanwhile pretending to be negotiating peace!!!
No one can claim both land and peace!!! 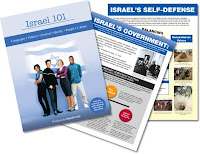 Related
Op-Ed Columnist: Present at the Creation (November 6, 2007)
Re “Present at the Creation” (column, Nov. 6):
David Brooks probably reflects the thinking of political leaders and thinkers, but misses the pain felt by Israelis on the subject: We want peace desperately, and will do anything to move toward a life without rockets being shot at us. But such a path doesn’t appear to exist.

Two years ago, Israel did what should have been the first step on a definite path to peace: we withdrew from Gaza, without any promise of anything in return. Plans were put in place about subsequent withdrawals from West Bank areas. But instead of bringing peace, it brought thousands of rockets fired from Gaza into the nearby Israeli civilian town of Sderot.

Rockets are not peace. The Palestinians have made it clear that Israeli withdrawals bring rockets.

The Israeli government has a duty to its citizens not to invite more rockets. If America or anyone else can persuade the Palestinians to stop the rockets and commit to peace without violence, Israelis will be more than happy to take steps toward peace. But it must be true peace, not peace with rockets.