Censorship and “Hiding” Texts: Big and Little Gatekeepers of the World UNITE! 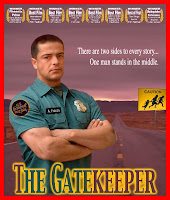 Anyone who follows this board is aware that there is an ongoing conflict between Gilad Atzmon and the “UK Jewish Anti-Zionist Establishment” that the Establishment seems to cyclically feed. In today’s case, it is a more in-depth analysis of the Saying NO to the Hunters of Goliath article by Gilad Atzmon. In its English version, it was printed in hundreds of site, blogs and forums, amongst them, the most popular left-alternative ones of the entire web and many Palestinian and Middle Eastern sites: Google Results 1 - 10 of about 950 for (0.49 seconds). In French: Results 1 - 10 of about 1,160 for Dire NON aux chasseurs de Goliath Gilad Atzmon. In Spanish: Results 1 - 10 of about 40 for Gilad + Atzmon Debemos decir “NO” a los cazadores de Goliat, (at the risk of becoming redundant, it was also translated and widely circulated in Italian and Romanian) an article, needless to say, that appeared 13 AUGUST.

Then, over a week ago, it got resurrected, which is never a bad thing, by a post that was sent to Indymedia, where Tony Greenstein practically demands that the article be taken off! Actually, I might have suspected something was going on, from a weird addendum to an email correspondence I received resulting from a query I addressed to a list I am on. It is a group of people (Tony is on the list as well) with a high incidence of Hebrew-speaking people who could have helped me to document an article that was mentioned to me that was available only in the Hebrew version of Haaretz. I got a reply from Shraga Elam, who -out of the blue- decided to question me on quotes from this (to me) old paper by Gilad Atzmon. Yes, something was up, but until Elf started attacking me too, I wouldn’t have noticed it. It was pretty marginal even as far as tempests in teacups go.

Well, for those who want to be up on the real scoop, on the Indymedia site, there was some discussion following Tony’s very dramatic demand, but since the post remained in place, we have one unsatisfied customer who wants justice. Wait no more. Tony decides to try another tack, and sends the complaint to the members only Indymedia list (like many lists, including JPUK, it is available for anyone to read), where a small debate about the merits of the paper takes place, but it is actually overtaken by a debate where all of Tony’s hostility to Gilad comes to the fore once again, becoming the subject of which the members are called to make a judgment upon. To Indymedia’s credit, they asked if Gilad would like to comment on the members only list, an option he unfortunately can’t take advantage of, as he is on a more restrictive touring regime right now with The Blockheads, which I am sure is similar to Zen experience.

It never does cease to amaze me, there are so many claims by the gatekeepers (how else can one call them, censors?) that Gilad Atzmon seeks publicity, but he’s never the one who starts this battle, it is always the same group of people who harp on that they want him to be “banned” from here or there, “cancelled” from here or there and in effect, SILENCED. It is going to be very difficult to do that, especially since his popularity is pretty evident judging by 3 5-second Google Searches. And, the actual containers of these papers are almost entirely radical left/progressive and Middle Eastern sites is not an incidental factor. Could we say that Greenstein and Elf and others seek publicity through Gilad, by attacking him so often? I’d say that was much more likely.

Yet, the end of the story hasn’t yet come. Within the Indymedia list, we have the germ of the entire battle, and it seems to in some way boil down to an “old” anti-Zionist establishment not tolerating the popularity of a “new” anti-Zionist. What we find here is practically evidence of plagiarism, or it comes shockingly close. Tony forwards to the list a missive by Moshe Machover http://lists.indymedia.org/pipermail/imc-uk-features/2007-October/1030-y9.html. Tony says: “I have been forwarded the post below from Moshe Machover. Moshe is an absolutely solid Israeli Jewish anti-Zionist. I agree with every word. I have posted. I really think the article should be taken down.

I've corresponded with Dave Parks who gave me this e-mail address. He said that you usually 'hide' rather than erase articles but I would ask that you make an exception in this case. The article justifies the holocaust by suggesting that it was the victims of the Nazis who brought the catastrophe on themselves because of their unpopularity. This is not merely factually incorrect (Ian Kershaw's 'Hitler Myth' and 'Popular Dissent and Opinion in the Third Reich' show this is not so in Germany) but racist.”

Taking into consideration that Tony Greenstein obviously did not comprehend the article he incorrectly paraphrases. It is an article that, while being provocative, (how one or two of the posters noted), is an analysis of Identity Politics, which is precisely the area that Gilad focuses on much of the time, and a topic of great general interest. The article has been on this blog for months, so discussing it in a post is not my intention. I, however find it quite clear that in the article Gilad does not “justify” the Holocaust in any way, but explains an idea that there has been a very great difficulty throughout history for Jewish people to perceive how others saw them, because they themselves did not look into themselves. This claim can be made of any group, and I’d go so far as to say that the Americans are living a similar phase, but the point is, at the end of this lack of self-observation, we find millions of Arabs who are victims of Zionist and imperialist crimes. Why does the particularity of the Jew vs the Other count? Because more than often, many who identify themselves as Jewish do not have a very universalistic interpretation of who the Other is, and this is built into the actual structure of Jewishness (which is elements of religion, culture and myth, and by no means genetic). The Other is somehow lesser, and when things are going well, we can say that the other can be tolerated. As I said, the American Century has the same paradigm running through it, and the Americans should look into the mirror while there still is some time.

The “supremacist” is always ready to dictate who is to be silenced, who is to be vilified, who is “useless”. Hitler did it with the Jews, and the self-proclaimed Jewish anti-Zionists are saying Gilad should be deleted from sites and cancelled from venues, that he is an anti-Semite and that he is “useless to the Palestinians” because he is making arguments that make Jews uncomfortable, and this, inevitably, is the worst possible news for Palestinians. Nevermind that he is raking in funds for them constantly, and that he is greatly esteemed by many Palestinians as well as some very important writers and activists for Palestinian liberation such as Kathleen Christison, Khalid Amayreh, Santiago Alba Rico, Ramzy Baroud, Omar Barghouti and many many more. I know this, as I often send out his papers from my blog, and so many times receive the most praise-filled letters one can imagine regarding Gilad from these people and many others who could never be considered as Zionists, fifth-columnists in the Anti-Zionist movement, or even anything less than people of unmistakable integrity.

Yet, as I said, I don’t want to debate the paper here, or even Gilad Atzmon’s merits, as there are spaces for that right on this blog as well as in hundreds of other venues. What I want to do is to point out the mechanism of Gatekeeping and some particular thing I noticed: Tony accuses a certain poster on the Indy board of being Atzmon. It is a claim that is false, as the owner of the board merely has to check with the IP number to see that the post does not even come from the same continent, as claimed by the poster, and in the moments that the posts were composed. According to that poster and from my own knowledge, Gilad was somewhere in the north of England travelling, doing sound checks and playing on stage, which basically impedes him from posting on Indymedia or other forums unless he is Mandrake!

What makes things more odd is the fact that Tony is basically posting as a proxy for Moshe Machover! It is clear in the letter, which then becomes “his own post” that he is copying what Machover writes. Oh, he might agree with him, but the question begs, “why is Tony allowing himself to be the voice of Moshe Machover?” But that’s not a real problem. Machover is probably a very busy man, and he doesn’t seem to have the resilience and determination to bring Gilad to the carpet. I have to wonder, actually, why didn’t Machover make a complaint on his own? Is it because he knows that Tony has a very severe, unresolved conflict with Gilad, where he has yet to get his satisfaction, and Tony would be very game to go into a new round of censorship, or, lacking that going for “Hiding” Atzmon! Could Machover perhaps still be sitting on the fence where Atzmon is concerned? It is indeed a bit strange that someone who once had a dignified history of activism, is working all of these low-level (yes, I admit, dealing with censorship is a very low-level activity, rather than debate, we are still deciding who gets the floor), intricate games that reek of gatekeeping. Why doesn’t he speak in his own name? It’s clear that Gilad Atzmon is a very popular writer internationally and that it’s probably going to be easier to try to isolate him from the areas of influence where Machover has some credibility, he is of course, “an absolutely solid Israeli Jewish anti-Zionist”, than to seriously debate someone without censorship and with integrity.