Coming to terms with the right of return - Tom Pessah 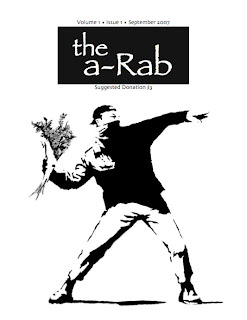 Damn it, those neighbors!

It’s a hot and humid August in Tel Aviv, and I have no wish to leave my old room in my parents’ house. During two years of studying in the States I had forgotten just how unpleasant August was here. Crossing the road would be an expedition that would require an extensive shower when I got back.

But I can’t stay, either. There is a horrible clanging going on upstairs, people are drilling into walls and making the whole house shake.

Over breakfast my dad wonders if this isn’t the third time that apartment has been renovated in the past couple of years. What for? Why did they buy the place if they didn’t like the way it looks? Is there nothing we can do? He supposes not, it is their apartment, after all.

The apartment is, but not the house, my mom explains. We all lease the land on which the house was built.

Who do we lease it from?

From the Jewish National Fund. Everyone does – either from them or from the State. Almost no one in Israel owns the land their houses are built on.

“And where did the Jewish National Fund get it from?” I ask myself. My parents have moved on to more comfortable topics. But I can guess the answer: I know the houses of a Palestinian village, Sumeil, were just a few blocks south of my parents’ house, until 1948. And while I always liked to tell myself that “that’s where the village was”, in fact that’s just were the houses were. The villagers had land. All the land in the country was divided, none of it was empty. And this land, that my parents’ house is built on, must have belonged to them.

I grew up in Israel thinking I was left-wing. I went to all the right demonstrations against the occupation. The Ministry of Defense is located conveniently in the middle of Tel Aviv, just a few stops away on the bus. You can just go and demonstrate, and then go out to a café. So we turned out and chanted all the right slogans: “ahat, shtaim, shalosh, arba’, teforak Kiryat Arba’ “ – “One, two, three, four, dismantle Kiryat Arba” (one of the most famous settlements, near Hebron/al-Khalil).

Settling on other people’s land is wrong, I thought, so all we need to do is move the settlers back into Israel and then we’ll have peace. And we went on chanting these slogans at the same place, through the first intifada, during the Oslo years, after the shock of Rabin’s murder and the ascent of Netanyahu, until the second intifada.

It was around then I met with some students from Nablus. The meeting between Israeli and Palestinian college students was organized by Neve Shalom/Wahat al-Salaam, a community that tries to promote coexistence between Jews and Arabs. Unlike other groups, their idea wasn’t to help us find friends, to realize the “Other” wasn’t so bad, to create a shared belief in some kind of vague peace, tame and apolitical. It was quite the opposite: they tried to push us to confront some of the hardest issues, without guaranteeing any agreement would be found.

I had been getting along quite well with the Palestinian students, showing off my well-rehearsed tolerance, distancing myself from settlers, from the other Israelis in the group, from Israelis in general--I thought I was simply too open to be like them. And I understood some spoken Arabic, so I could listen a little to the Palestinians’ stories, about the checkpoints they avoided and the beatings they took just in order to come and meet us.

The organizers asked us to split into groups to discuss some of the biggest issues. I wanted to be on the group discussing the right of return. We Israelis came up with an especially tolerant proposal: we would allow a hundred thousand Palestinians to return! This was much to the left of the Israeli consensus and we felt very generous.

To our surprise, the Palestinians weren’t taken aback by our liberality. They even seemed offended by our discussing the issue in terms of allowing them to enter our country! But how else could it be discussed, I wondered? What is their solution? Could they really want to live among us? But how is that possible? Israel is a Jewish state, after all. What would happen to us Jews? Would we become a minority?

Five years have passed since then. I learned a lot, and I was lucky enough to study at UC Berkeley. As a famous Israeli song goes, things that you see from here, you don’t see from there. It seems much simpler to me now: Palestine/Israel isn’t mine to give; Palestinians have as much of a right to it as I do. The former inhabitants of Sumeil don’t need my big-hearted generosity: they need my recognition of the injustice committed towards them when they were expelled from their homes in 1948. They need me to remind people that most of Israel is built upon land that belonged to Palestinians. They need me to invite them and their children to come and live with us.

In Berkeley, I live a couple of blocks from some of my closest Palestinian friends. That could happen in Tel Aviv too. Inshallah.

Tom Pessah is a graduate student of Sociology at UC Berkeley.
http://a-rab.net/october-2007-tom-pessah-right-of-return