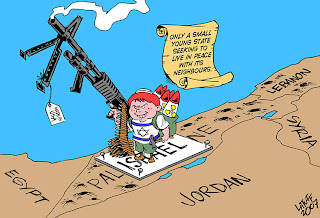 Appeal for the end of a gencidal embargo
Sign the appeal!
All signatures should be sent to
info@gazavive.com

They will be published on www.gazavive.com

In addition to your name and surname, it is important to include the city or country you live in and the association you belong to or your profession.
We are now 2.348 signatures!
Read the complete list at
www.gazavive.com

The Campaign Continues, Soon a delegation will go to Gaza
Last Friday, in Florence (Italy), an assembly was called to decide the next steps for the pro-Gaza campaign.

In the first place, we stressed that the appeal is still underway, even though it already has a huge number of signers. Certainly, this is but a drop in the bucket compared to the drama of an embargo that every day is causing victims who are decimated by the lack of medicine, when they are not killed directly by Israeli weapons.

But it is at least something that allows the putrid situation in our country and in others that act along the same lines, to make that tiny bit of difference when set next to the enormous indifference that is rampant.

It is however, a “tiny bit” that is greatly appreciated in Gaza, where we have been invited to send a delegation where we can undertake political encounters and meet with humanitarian organisations so as to promote new initiatives that are aimed at contrasting the embargo and its effects upon the population.

The assembly has accepted this invitation, deciding to work towards the building of a representative delegation togethere with those who have signed the appeal that will be sent to Gaza in the Christmas period.

It is an intitiative that is politically strong, with the purpose of expressing the solidarity of that part of the international public that has not been completely dumbstruck by the silence that the media uses around the tragedy of Gaza.

Upon the return of this delegation, and on the basis of the results of the activities that have been undertaken, we will set a large national meeting, to be held in February in Florence.

The assembly had lastly stressed the importance and necessity of continuing to work against the accord of military cooperation between Italy and Israel and against the decision to consider Hamas a terrorist organisation.

Translated from Italian by Mary Rizzo