Mamoon Alabbasi and Robert Green - Poems for the Palestinian people 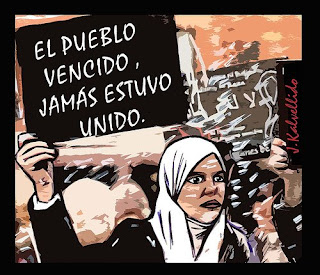 People of Palestine
By Mamoon Alabbasi*

It matters not on whose side is the Divine
It matters not who shall inherent the heavenly kingdom
While on earth stop the massacre of the people of Palestine
Let peace and justice reign, not Lucifer's Pandemonium 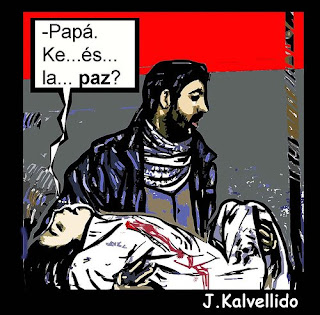 You Want to Quibble Over Whether or Not It’s Genocide?

Then let’s forget the word entirely
it’s a made up modern word
for what’s been done by tribes since before before
made up by Raphael Lemkin
1943
to name what was happening to us
which until then
was known as the crime of barbarity
now genocide
which I know
I agreed not to mention
but it was done to us
and now we’re doing it to the next guy
the Palestinians
if we are allowed that word
like the word ‘Jew’ or really, “Juden”
a word that was supposed to be wiped out
with us
but wasn’t
but our lives
one thousand years in Europe
our home
cleansed of us
and they said we were not a true people
“a people class” said Lenin
“a disease” said others
and now we’re doing it to the next guy
OK, no gas ovens
that we know of
yet
but poison gas aplenty
torture rooms
a special hanging called “a Palestinian hanging”
that now the Americans use
hang a human
by the wrists
tied together
back behind
till they crush their own lungs
over hours
maybe a few days
and die in horror
done so much
it’s called “a Palestinian hanging”
and steal the land
and wall them in
and starve their babies
beat the pregnant women in front of their children
their mothers
their husbands
and the land, stealing it, walling it, pissing on it,
wiping out the place names.
I can’t find my grandmother’s village
on a map of Belarus, what she called “White Russia.”
It was called “Kapulya,” “near Minsk,”
but it’s not there.
as isn’t Palestine.