The plight of my people, by Nadia 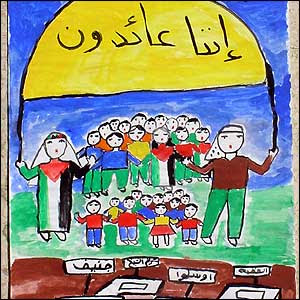 In a land far far away, monsters roam the earth. Life is worthless and humanity is plagued with hunger. The living conditions are not suitable for animals, let alone the poor citizens of this land. But what should be expected from a land that has been taken over by monsters. The horror that this terrain has been consumed by has caused some people to flee their homes. Still, others stay steadfast, vowing never to be bullied out of their abodes, as humble as they may be. Those who left will be ever ridiculed for having abandoned their homes in a time of crisis. But the woes of their counterparts are unfathomable. The monstrosities that have flooded into the area have forced the remaining dwellers into hiding. Yet, even in hiding they are not safe.

In the calm of the evenings, doors are smashed open and children are ripped from the bosoms of comfort. They are beaten and humiliated, after which they are kept in isolation. What do you ask is the crime they have committed; this is an easy one, they chose to stay home rather than run.

Stay, Stay. Do not desert what will one day belong to you again. Once you leave there is no turning back. It is too great and vast outside your home. When you leave you allow the demise of divinity to take place. Lost are those who left. But to you who stay, fear not creation, fear the creator. For those who are pious know your place in his text.

Released from captivity, these young men make their way back home. The reality of it is that their homes have been destroyed during the time spent in detainment. There is no comfort in future occupations, for that to has been taken away as well. All their property has been ruined. Life is grim. Mothers weeping for lost husbands and sons. Children crying, longing to put back together their broken homes. Young ladies refusing to produce offspring for fear of this world.

Nevertheless, as shattered as spirits have become, they rise again and again.

These monsters are frightening, with their mighty armor and unparalleled weaponry. The wickedness of their vengeful plight to wipe out the remainder of these persons puts them in a sphere of their own. Lack of sympathy for mankind has set such characters apart from all civilizations. Fear not, ye whom be oppressed. History has taught that all things high above the rest shall come crashing down eventually.

Mothers withhold those tears, for they shall never be enough to salvage all that has been lost in the precious land of PALESTINE

By Nadia Posted on Palestinian Mothers