Shraga, My Karma ran over your Dogma: spoiling your smear campaign with honesty 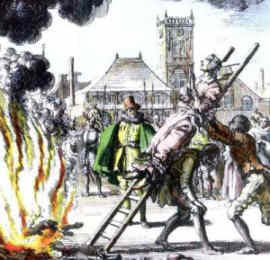 VERY INTERESTING DEVELOPMENTS! read through to the end for the whole story. More actually follow in comments, as it is a "developing story"

The smear campaigners have been at it non-stop. Several hundred people thought that by asking Tony Greenstein to get to work on doing something constructive and leaving others to do the same, he might actually do so. No. In the meantime, he's decided to take Gilad to court. He tried to close this blog, he's opened his own blog just to smear Gilad and me, he spams posts from there all over Socialist Unity and the Alef discussion list. It seems as if he has no control over this obsession. But, he isn't the only one.
Shraga Elam, a little known (but to himself, he is father of great intellectual ideas that bear the name of greater men such as Norman Finkelstein, Yeshayahu Liebowitz and even the olive growers of Palestine) activist in Zurich, has been Tony's sidekick in all of this, and he's really been working overtime to get the job done.
In the past, readers who are familiar with this blog will know about the Public Lapidation (round one) where Shraga uses Holocaust Revisionist sites to try to smear Gilad, and which were exposed as false. But this week, he's decided to help Tony to dismantle the petition perhaps afraid about when the comments that were not at all generous with Tony and with any kind of censorship and gatekeeping would appear and wanting to get it pulled before the ugly truth came out. Many valid individuals signed the petition, including scholars such as Oren Ben-Dor, bloggers and activists such as Haitham Sabbah, Uruknet, Dissident Voice, and many others. Many groups for Palestinian and Human rights signed as well. Many Palestinians signed as well as writers and journalists. Take a look at the list to get an idea. Well, of course, Tony decided to pick out the names he didn't want, (for the sake of Palestinians of course) and decided that there were two or three that were anathema. After a lot of pressure, I took one name off, to spare the other people the stress. But, that still leaves 278 names more or less.
how to whittle that down....
how to whittle that to nothing....

So, he went to his Buddy Shraga to do the work. "There's Gilad's and Uri Avnery's translator there, a Gush Shalom member... Oh! There's Hajo Meyer, the writer who also was a survivor of Auschwitz. THEY MUST BE REMOVED!"

And... It doesn't end there. There is indeed a conclusion to this second round of Public Lapidation. The other signatory that he has so far targeted....
This is the letter Hajo Meyer wrote:
To all of you who are spectators in this circus of insanity,

the text below starting with ‘dear friends’ is fully mine. I wrote it and I send it to Adib S. Kawar of Palestinesomoud. I signed the petition which you find attached. It was sent to me by my friend Guenter Schenk. There is not one word in it which I regret. When you find my name under any other text, that can only be stolen or faked.
Hajo G. Meyer

Dear friends,
For me, as a survivor of 10 month of Auschwitz, one thing is clear, there is a fundamental flaw in Zionism. At least in the form in which it expresses itself in political reality. It has not accepted one of the fundamental truths of the Enlightenment: the essential and fundamental equivalence of all human beings.
Therefore, due to this fundamental flaw, political Zionism in its present form will eventually perish. Unfortunately, you the Palestinians will have to mobilise a lot of somoud. So far, you have been able to show that you can do it. Don’t despair, the enlightened world is with you.

Dr Hajo G. Meyer, Heiloo, the Netherlands
Will Tony or Shraga admit they spent two days engaged in defamation and spreading lies and false information? That their witch hunting and gatekeeping and pressure campaigns is striking out against them rather than making them any more popular or helping the cause they pretend they support?