On the presumed "anti-Semitism" of Israel's critics 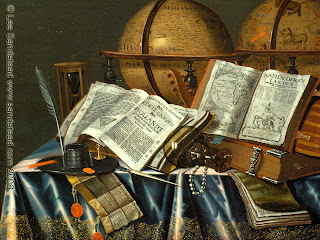 EXCERPTS FROM COSTANZO PREVE*
Peacepalestine note: I translated this article by an important Italian intellectual back in 2002, as it was pertinent to a discussion that was taking place on Just Peace UK and I thought that the members of the group might be interested in the segment of the article that was focussed on the labelling of people as anti-Semites as a means of dismissing their argumentation, and also, their character, even despite clear evidence that those being smeared are anything BUT racists. At the time, two people responded (positively) to the article, and now, I think it is suitable to publish it for a larger public. Some years have passed, but the relevance of the argument is as valid as ever.

An interesting news blurb was published in "la Repubblica" (24-04.02): "The president of the Jewish Community of Rome, Leone Paserman, has been sentenced to pay 50,000 Euro to Michele Santoro (note: famous dove-ish journalist who had subsequently been banned from the RAI, Italy's BBC), for having accused him of anti-Semitism. The fact dates from the transmission which aired on 28-09-01. Paserman had also asked for the distancing or Santoro from RAI". (which later actually did take place and was in effect for several years).

What a wonderful news dispatch. There is still juridical tutelage against arrogance. But, I ask if any of this could have been possible without the power and the money of Santoro. One is forced into hiring an excellent lawyer, presumably terribly expensive, and to be fearless of paying enormous amounts of money if the case is lost. Santoro is therefore merely an exception, not the rule. The normal citizen who expresses solidarity with the Palestinians runs the risk of being denounced as anti-Semite and from all evidence, has insufficient juridical guarantees, because he can not run the risk of both the damage and the mockery, that is, to lose great amounts of money and then be faced with unjust and sectarian judges.

(My note: Preve, the author of this article, a leader of the anti-War movement (in Iraq) was invited to a nationally televised news commentary programme, then forced to comment only on Israel and for his anti-Zionist views was publicly drawn and quartered.)

The identification of anti-Zionism and of anti-Semitism (identification that is for its very nature historically unfounded and philosophically infamous, if one thinks of the great number of Jewish anti-Zionist that have constellated the history of the century just passed) is currently sliding downwards toward the identification of anti-Semitism with the simple criticism of Israel. This is something that is completely notorious, and it tends to council one to keep his head and his nerves under control in order to not be overtaken by disdain. It is not even clear just what precisely are the limits of good-mannered and legitimate criticism of Israel, seeing that even the support of those who struggle for the liberation of the Occupied Territories of 1967 are now christened in terms of anti-Semitism. Regarding this (in Italy) there has been the publication of a squalid and unspeakable volume by the Zionist fanatic (and prominent leader of the Union of Jewish Italian Communities) Fiamma Nirenstein who accuses the whole of Europe of being anti-Semite because it is not supporting Israel as the Americans are.

The unspeakable equation of criticism of Zionism and anti-Semitism

The first aspect to which I would like to draw the attention of the reader to is in the fact that at this point the equation between the criticism of Zionism (and even the same military policies of Israel) and anti-Semitism is done with impunity, rousing fear and embarrassment, impeding the victim of this accusation from having the courage to send to the devil who is provoking this. Most people are unaware that this is especially a technique that is used as a means of settling accounts and a demonstration of power within the organized world Jewish community in order to disqualify and excommunicate every anti-Zionist position, or even those that are non-Zionist or simply lukewarm to Zionism. In this manner, we see that a posteriori all of Socialist, Marxist, Mexican, Revolutionary and Universalistic Judaism is disqualified and demonized, from Bloch to Lukàcs, from Benjamin to Trotsky. An important part of past history is in this way effectively cancelled. In its place is reconstructed a sort of "great narrative", a manipulation of history, which is in fact religious, even if it attempts to maintain that it is secular, in which the entire complex Jewish history is directed towards the antechamber of political Zionism of the 1900s. Sharon is a philosophical exponent of this ultra-Zionist line, and he has always supported theses which even the worst Nazi would have been ashamed to support, such as that the Jews who left themselves to be massacred by Hitler were cowards, especially if compared with the heroism of the Armed Zionist Pioneer (an interesting interview with Sharon from the Israeli paper Davar expresses this, with the writer Amos Oz, from 17-12-1982).

We must be clear, anti-Semitism, from what ever way we take it and twist it around, is a dirty and unacceptable thing. It is not a dark, unknown evil that comes to take you without you being aware of it. If you know it, you avoid it. It is an extremely well-known phenomenon, of which entire libraries have been written. I am sure of few things about my identity, but of one thing I feel relatively certain, and that is that I am not anti-Semite. And now, in the second half of my life, I have to see myself spiritually blackmailed by some thugs who want at whatever cost to attach the label of anti-Semite to me, and only because I sustain completely the sound historical and political reasons of the Palestinian people!!!

How to react to these blackmailing thugs? There is only one way: to not be afraid of them, to not accept the land-mined territory that they want to bring you to, to not stutter out apologies and excuses that are not requested. I am not an anti-Semite, I know that I am not one, and that is that. If you want at whatever cost to attach this dirty label on me, go ahead, do it. You dirty yourself in the process with this lie, you're not dirtying me. It is you who are unworthy of Primo Levi and Baruch Spinoza, not me.

On the ultraZionism of the majority of intellectuals

There is a second aspect that remains, which in many ways defies explanation, and that is the sectarian philo-Zionism of practically the entirely of Italian intellectuals, even those who are "left-leaning". I must admit that I can't quite understand the roots of this. For a long time I thought that it was due to the guilt complex not completely elaborated of the European culture following the Holocaust. Now, I am no longer of this opinion. It is an explanation that is simply too noble and quick to justify. At the end of the day, even the proverbial provincialism and historical illiteracy of the Italian intellectuals should be vaguely aware of the fact that the Arab-Palestinian population has never been anti-Semite (in the sense of anti-Jewish, because it is obvious that they too are Semitic), and it therefore makes no sense at all to burden them with all of the ghosts of American and European anti-Semitism, from Hitler to Ford. Only the sectarian intellectual with malice does not understand that which is comprehensible to a rational and intelligent child. Perhaps the armed settlers of the occupied territories are "justified" by the skeletons in the closet of European culture? It is an argument that makes no sense at all.

I think today that the hysterical philo-Zionism of Italian culture, from Fallaci to Sofri, from Giuliano Ferrara to Furio Colombo, et al, is only at this point a piece of imperial culture, neo-colonialist and neo-imperialist. It gives them far too much honor to speak of a justifiable guilt complex regarding European Hitlerism. The intellectuals have seen which way the wind is blowing, and they side with the strongest, the best armed, etc.

The intellectuals, wonderful people, feces of humanity. Honor to the few, from Chomsky to Saramago, who save the honor of this vile and opportunistic category. With the best biblical culture, we could say that at times just one righteous man is enough to save an entire people.

*Costanzo Preve (1943) studied Political Science, Philosophy and Neo-Hellenism in the Universities of Turin, Paris and Athens. Professor for over thirty-five years, he is the author of numerous books and articles dealing with historical, political and philosophical arguments, published in Italy and abroad. His principle interests to date have been focussed on a rational and non-ideological reconstruction of the history of Marxism and a convinced reactualisation of the heredity of Classical Greek thought.