Sarah Gillespie - Suspected of Being Terrifying 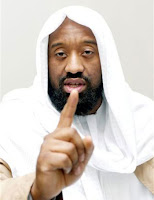 Guantánamo has become the first human zoo of the 21st century. These days inmates can look forward to being gazed upon by tourists who consider ‘Gitmo watching’ to be the perfect way to kick back with some Ruben Gonzales tunes and chilled mojito. Unsurprisingly the telescopes designed to magnify the spectacle of ‘real life’ terrorists were manufactured in the US, though the tour guides are English-speaking Cubans working for the State-run tourist industry. Culturally, Guantánamo Bay has now become a throwback to the freak shows of the Victorian era where middle class families would spend quality time scrutinizing the deformed, the genetically mutated, the excessively tattooed & the dwarfed. This latest rendition of the freak show, however exhibits the ethically impaired, the spiritually disabled, the religiously overwhelmed. Castigated into a jurisdiction ‘wasteland’ they are sent to perish without human rights, biologically alive but legally dead.

This is far from being the only draconian tradition resurrected in the name of Liberty. Last week both Britain and America, allies in the WOT (War On Terror) boasted breakthrough Terror Suspect arrests: the US captured Bin Laden’s ‘global deputy’ Abdul Hadi al Iraqi while the Brits swooped in on the imminently less prestigious Abu Izzadeen whose danger credentials were tempered somewhat by the well publicized fact that he used to be an electrician called Trevor.

Nonetheless, both men personify a symbolic victory for the West, providing the spectacle of savage renegade whose potential plots for global kaffir-killing are curtailed by a civilizing alliance. While Abdul Hadi al Iraqi and Abu Izzadeen are betrothed to the transcendental jihad of their mujahideen brethren, the post enlightenment West insists that a subject must commit primarily to the interests of the nation state of his birth. Subsequently, Scotland Yard is preparing to take these dissidents to trial for treason, using a law initially drafted in 1351. In order to preserve a vision of modernity, Britain finds itself resorting to laws written in the Middle Ages in Norman French.

Similarly, America has resurrected their Wild West tradition of erecting ‘wanted posters’ to hunt down those who jeopardise the colonial project. Despite the announcement of last week’s capture, the US Government body, Rewards For Justice is still advertising a $1 million cash prize for information leading to the arrest of ‘veteran jihadist’ Abdul Hadi al Iraqi. Their website provides a 24 hour free-phone hotline and reveals that funds supplied for suspected potential hijackers is kindly donated by the US Civil Aviation Association of America.

So what is going on here? Britain is returning to the legal landscape of the Norman Conquests and the US is back in the age of Pat Garrett & Billy The Kid, asking ‘normal citizens’ to become 21st century bounty hunters. Indeed if the West is prepared to jettison the practice of modernity in order to preserve the illusion of modernity, the dialectic of being complicit in your own delusion necessitates painting the Other as Medieval in order to stave off a cataclysmic shattering of the self.

Thus we are reminded over and over that both ‘suspects’ are possessed of an ideology so toxic and insidious it can transform your average handyman (Trevor) into a blood-thirsty fiend (Izzabeen) who after a few Arabic lessons and a couple of jaunts to Afghanistan, made a metamorphosis at age 17 into a rage-filled Caliphate campaigner clad in a hooded galabiyya, telling anyone who’d listen to behead British servicemen.

Crucially the canonisation of super-villain terrorists like Muhammad Omar, Muqtada al-Sadr, Abu Hamza, betrays the Western dependency upon ‘I’ centricity. This not only underpins a mutual incomprehension at play in Islamic/Western relations but also points to why, despite military might, the West is destined to lose against a collective spiritual mass. Mistakenly, Westerners seek to locate, pin down and claim the origin point of Jihad and thus manufacture the notion that it resides, not in the hearts, prayers and bereaved souls of millions of abused Muslim civilians but in the flesh and blood parameters of individual suspects; jihad is appropriated into a threat that lurks beneath turbans, beards and niqabs with the potential to spill out and contaminate established knowledge and meaning. By incarcerating individuals we not only reinforce the myth of our own freedom, but also satisfy the illusion that a destabilizing ideology can be physically quarantined.

Thus, as the West looks down the telescope at caged men in orange jumpsuits, our scopophilic power is undercut by the barely repressed anxiety that it is we who have jettisoned humanity, not the legally discarded exhibits captured in our gaze.