Gilad Atzmon - Why do we hate them? 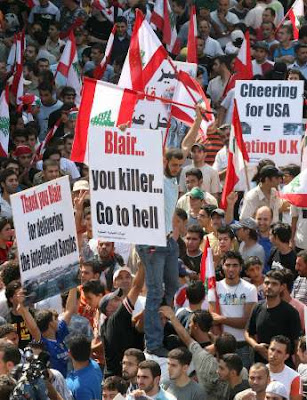 When I came over to Britain some thirteen years ago, I found a very tolerant place. I was amazed to see so many people of so many colours, not just living together in peace, but living in full harmony. At Essex University, the institute where I was doing my postgraduate studies, everyone was enthusiastic about post-colonialism. The Brits, so it seemed to me at the time, were repenting over their embarrassing colonial past. I was mildly impressed but not totally overwhelmed. At the end of the day, it isn’t that difficult to denounce your grandfather’s crimes.

I was amazed to see Turks and Cypriots running grocery shops side by side in Green Lane. My first roommate was a Palestinian M.A. student from Beit Sahour, it all felt natural. It didn’t take long before I fell in love with the town and decided to make it into my permanent home.

At the time, Britain was very different from the place I came from. In my homeland the human landscape was officially reduced into two types. In a manner of crude binary opposition there was always a clear division between the ‘Good’ and the ‘Bad’, the ‘us’ and the ‘them’, the ‘West’ and the ‘East’ or just the ‘Jews’ and the ‘Arabs’. In the place I came from, peace couldn’t even be seen on the horizon. But in the London of the 1990s, there was no such dichotomy. Painfully enough, this has changed. On a daily basis our media outlets repeat the idiotic question: “Why do they hate us so much?” By now it is rather clear, the binary opposition between ‘us’ and ‘them’ has made it into an integral part of the British discourse as well.

When I moved over in the early 1990s, British politics was very boring. John Major was in power. But then, not before long, a young, dynamic, visionary politician removed him from office. This politician is a man who has managed in just ten years to demolish one of the most harmonious societies in the West. Tony Blair, the great new Labour promise, had been running the country for a decade; he managed to drag this country into every possible conflict, and to escalate minor conflict to crisis levels. He has managed to lie repeatedly to his people, his parliament and his cabinet, he has launched an illegal war that cost over 700,000 innocent civilian lives. He obviously failed to see the impact those wars may have on his multi-ethnic society at home.

Blair has just left the PM office, thank God for that, however, this country is now on the brink of moral collapse. Its civil rights system is under severe threat. Politicians of all parties are calling for tougher detention laws. The possibility of mass deportation of new immigrants doesn’t look like a remote nightmare. Yet, most worrying is the role of the ‘free’ media in this country. The leading papers and TV are succumbing quite willingly to the official Government line of thinking. It’s something that reminds me too much of the recruited media in my doomed homeland, the place I left thirteen years ago.

For those who still fail to realise, to kill is rather simple, to turn towns into piles of rubble isn’t that complicated either. Yet, to raise a child may take a few years, to build a city takes hundreds of years and to establish harmony between human beings takes thousand of years. We should stop lying to others and to ourselves. We know perfectly well why they hate us, they have some good reasons, as things stand momentarily, we are the ones who are killing them en mass. It is us who demolish their towns and kill their kids.

To bring peace to London, Glasgow, Britain and the West is to look in the mirror, to look into our severe and devastating wrongdoings, to repair the damage made by Blair, Bush and company, to revise the dream of ecumenical Western society. It is possible. It is within our capacity. We have been just there not that long ago. I remember it very well, it was only thirteen years ago, I felt it when I landed in Britain.

see the new Gilad Atzmon Interview Tangling with the Oppressor: What Matters is What Palestinians Do.